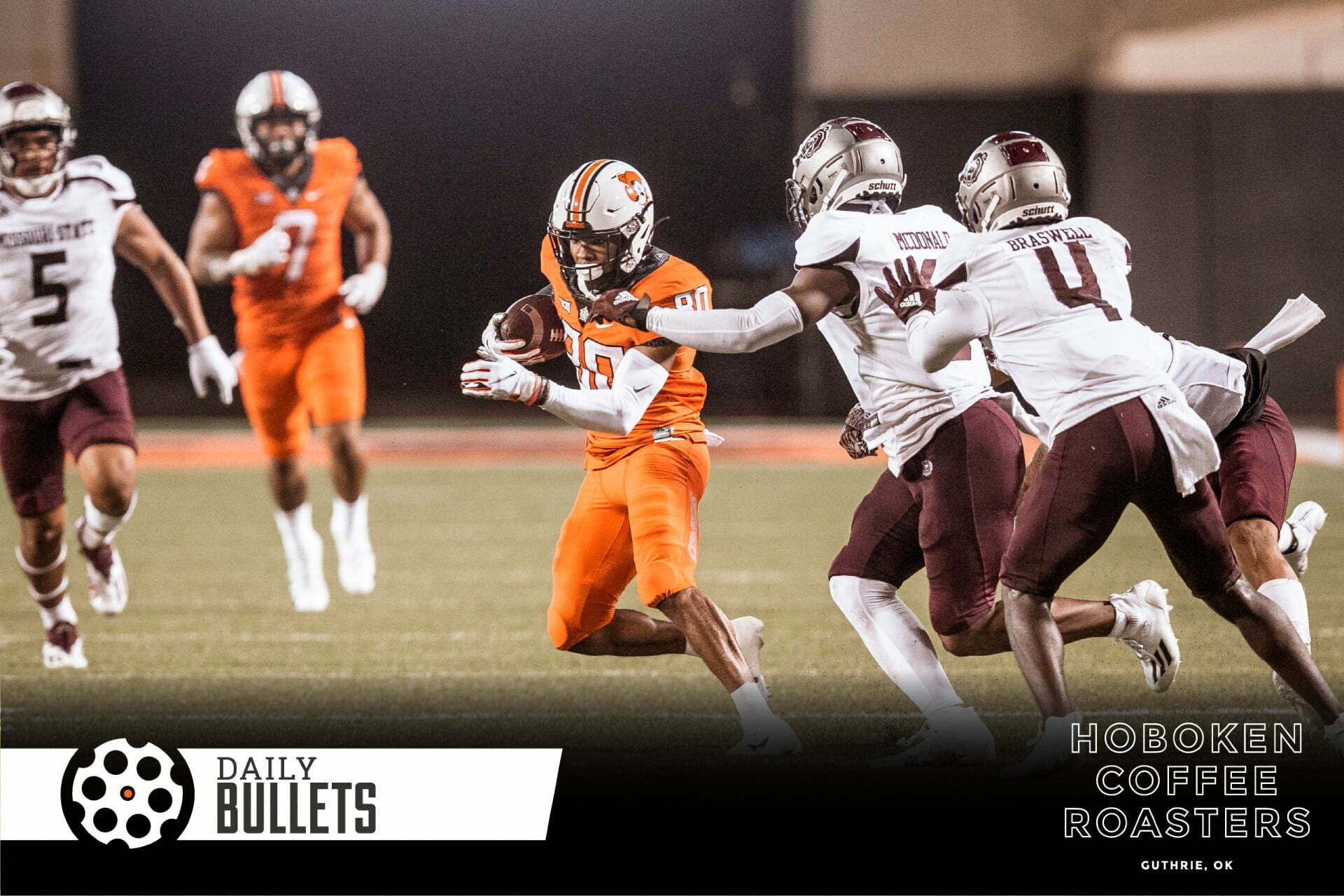 Here’s the TV info for the Boise Game tonight – beat the Broncos.

• Boise State steamrolled UTEP last week but only ran for 2.6 yards per carry – they struggle the same way OSU does but with a more prolific QB.

Could this be a vintage OSU-Texas Tech game that lasts 4.5 hours?

• The confidence the Cowboy Defense is playing with is terrific – this piece notes they haven’t allowed a point in the first half yet this year.

Could you imagine if they were paired with a vintage OSU offense?

• The eyes of Oklahoma State fans aren’t trained to enjoy these kinds of things, but the reliability of Malcolm Rodriguez is a sight to see.

Rodriguez is one of the most reliable defenders I’ve watched in a long time. He is always at or near the ball no matter where it is on the field, and he rarely, if ever, misses tackles. If you were to give me one guy in all of college football to make one tackle in open space, and if he makes the tackle I get a million dollars, I’m taking Malcolm Rodriguez every day of the week.

• This realignment take that we could see OSU and the Big 12 taking Pac-12 teams isn’t something I’ve seriously considered:

“Big 12 executives are also watching closely as the Pac-12 negotiates a new TV deal in 2024 when its current agreement with Fox and ESPN expires. If the Pac-12 media rights revenue approximates that of the Big 12 at that time, there is a feeling within the Big 12 some Pac-12 schools might be interested in joining.“

• The orange on the blue will be fun.

• No. 2 Ten Thoughts on the Tulsa Win

• No. 3 Social Media Response to the Big 12 Expanding

• No. 5 Social Media Reaction to the Tulsa Win