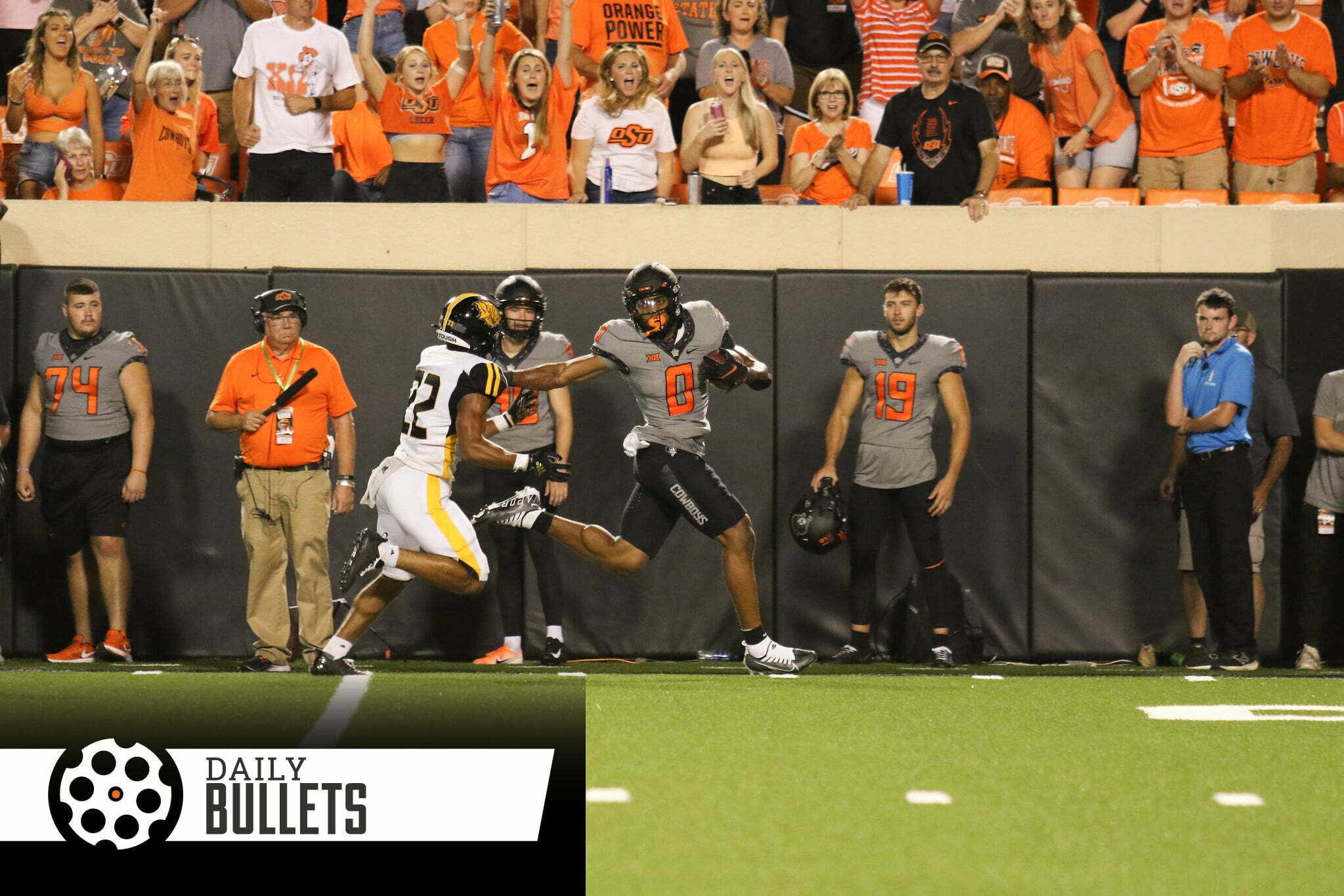 The Bullet Twins recently turned five, Mrs. Bullets and I took them to their first game at BPS Saturday – eight thumbs up.

• After shellacking a SWAC opponent, the Pokes drop a spot in both the Coaches and AP polls – Here’s where other Big 12 teams are in the AP

• After losing to the Pokes last week and Eastern Michigan this week, Arizona State’s Herman Edwards was fired yesterday.

On a related note – keep an eye out for Cowboy defensive coordinator Derek Mason for the head coach opening. He’s a name listed, not on a shortlist, but as a viable candidate.

• This is fascinating – seeing what media members have the Pokes highest and lowest:

• This comparison of Spencer Sanders between 2022 and 2021 is encouraging:

• How can you not be romantic about football? Gunnar Gundy on how it’s a dream come true to be throwing touchdown passes at Oklahoma State

• Fun story about a massive OSU-themed grill, a tailgate, and an incredible family from Tulsa

• Pretty solid that the Pokes are top-three in the nation at tackles for loss at this point:

• Malcolm Rodriguez led the Lions in tackles in a win yesterday:

• The science behind fall foliage – with a map helping predict the change of leaves across the US
• Don’t look now but after a 3-0 start and a third attempt at a football stadium renovation brewing, Kansas could have a respectable football program brewing

Thinking in decades avoids a lot of bad behavior.

Think twice before you interrupt time.