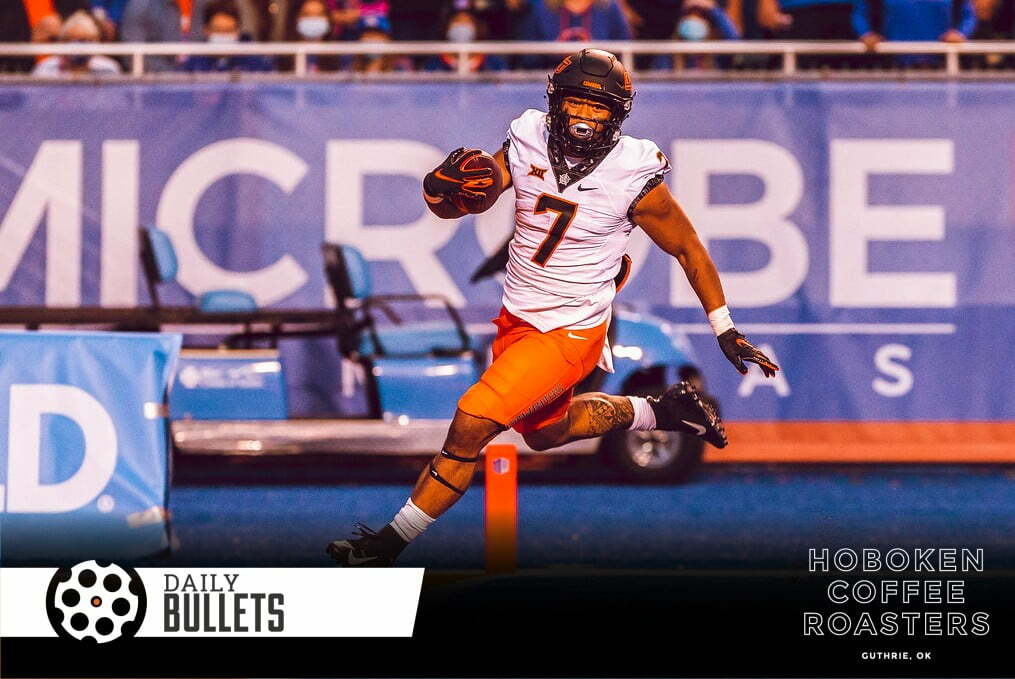 • Another night game! OSU kicking off against Baylor in the evening AND it’s not on the ESPN+

• Anybody else catching Kendall Hunter vibes off Jaylen Warren?

• This on the wide receiver depth that’s missing is pretty wild when you stop and think about it:

In addition to (Bryson) Green, (Tay) Martin, (Braydon) Johnson, and (Jaden) Bray, the Cowboys have been without pass catchers Langston Anderson and Blaine Green in all three games, leaving OSU without six of its top-seven projected receivers from the start of the year.

• Some movement in the two-deep but nothing crazy on the K-State game depth chart:

I loved this line describing the experience of going back to your alma mater:

It’s a place that will be forever dear in my heart, even as the campus and surrounding neighborhoods become almost unrecognizable with change and the people walking across it look more and more like children every time I return.