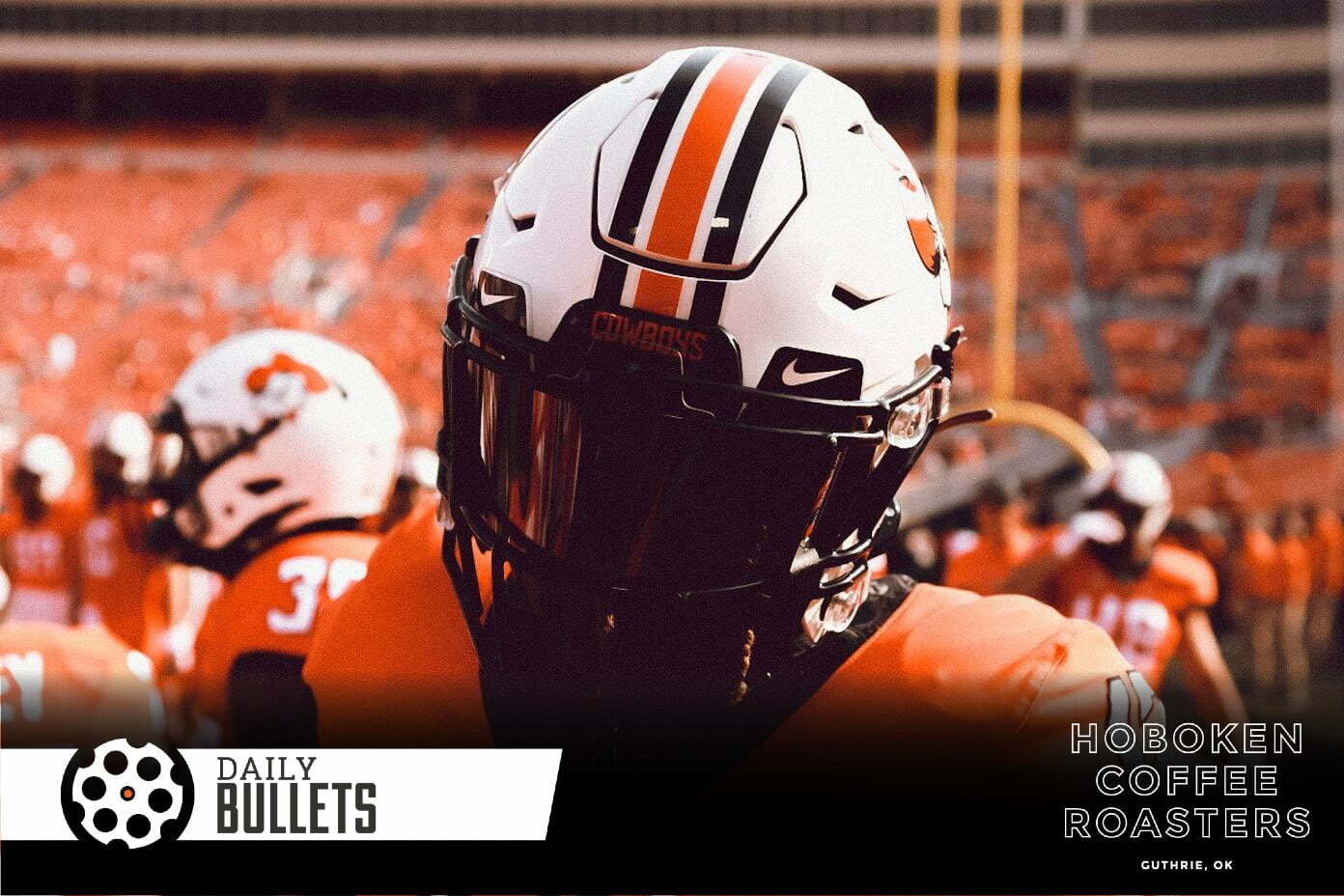 • Fundamentally, it seems like how Oklahoma State plays football has shifted from a team where the offense scores too fast and prays the defense holds up enough to a team who tries to run as much as they can to let the defense rest (and maybe scoring along the way).

Just listen to how Coach Gundy talks about it below:

“You’re trying to do the best you can to manage and work together as a team and rush the football and use the clock and keep the defense off the field, play good special teams. You try to find a way to win the game, other than just saying we have guys injured and I don’t know what we’re gonna do.”

• The NCAA Oversight Committee recommended that football programs be given up to seven additional spots for transfers in each recruiting class – this means for every player that transfers out, you can add a spot.

So historically, for example, when Jalen McClesky transferred to Tulane before the 2020 season, OSU would have had the opportunity to replace him with a recruit or another transfer.

• Chuba Hubbard’s numbers didn’t pop last night when he filled in for the injured Christian McCaffrey but PFF gives the breakdown on if you should add him to your fantasy football team:

Low-end RB2 for now, but (Chuba) Hubbard played in every situation this preseason (short-down-distance, long-down-distance and two-minute offense). Veteran Royce Freeman worked in on that last drive so I will report out on the roles when we have more info. Freeman should be rostered in deeper league formats (12+ teams).

• You can just hear Mike Gundy processing the Spiderman meme out loud talking about Kansas State:

• Taking better notes while you read
• The top of college football is looking down – is a CFP spot open?
• He would have come with me (great faith-based blog post)