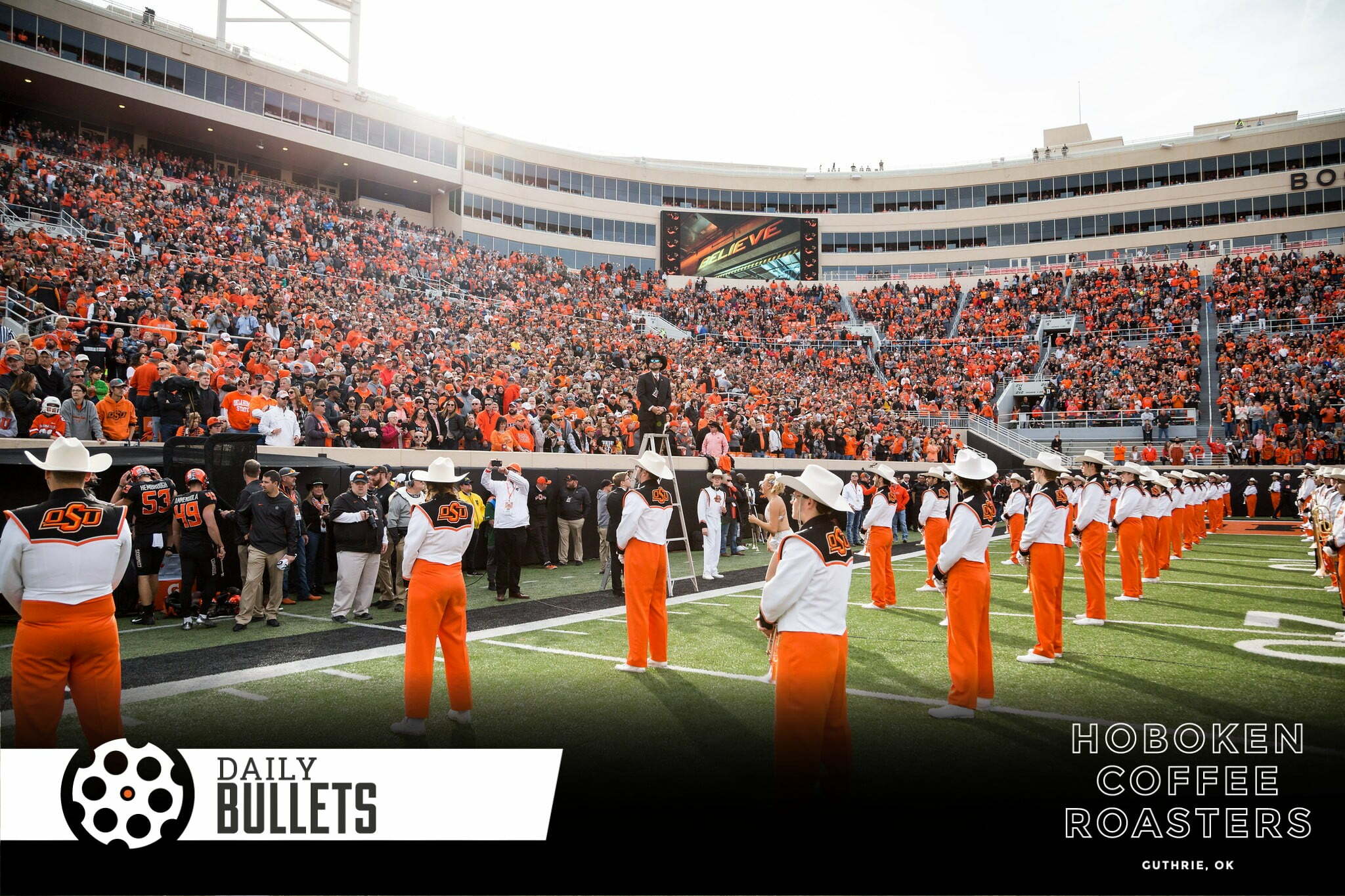 • Everything you need to know about today’s game against Kansas State – and what an evening for a game in Stillwater.

• CRFF made the case for Spencer Sanders and it’s not a bad one. The thing that’s hard to stomach was from this line that’s completely true:

Just because the offense is struggling doesn’t mean it would improve at all under (Shane) Illingworth or (Gunnar) Gundy.

• Man, the OSU offense is a hard nut to crack. Why not trust the young receivers more? Two reasons seem apparent:

We should be surprised to see Spencer Sanders throw the ball less than 20 times when (#2) isn’t the case.

“I told Chuba at halftime, ‘That’s why we drafted you, man.’ I thought Chuba was outstanding,” said Rhule. “At the end of the half, we didn’t give him a ton of chances, but I thought he got in there at the end and made some key runs.”

• Games with K-State over the Gundy area have generally been a blast – competitive and fun.

• If you had to pick one (non-OU) team to join a new conference with, who would it be?

K-State would be at the top of my list from a viewing enjoyment standpoint. A Texas team – maybe TCU – would be the team from an “I’d like to still be able to pitch recruits that we’re playing them” aspect.

• No. 1 Ten Thoughts on OSU’s Win over Boise State

• No. 2 Social Media Reaction to the Boise State win

• No. 3 Gundy says Tre Sterling is out for the Season

• No. 4 Depth Chart Changes ahead of K-State

• No. 5 Mike Gundy talks about the Unusual Start to the Season