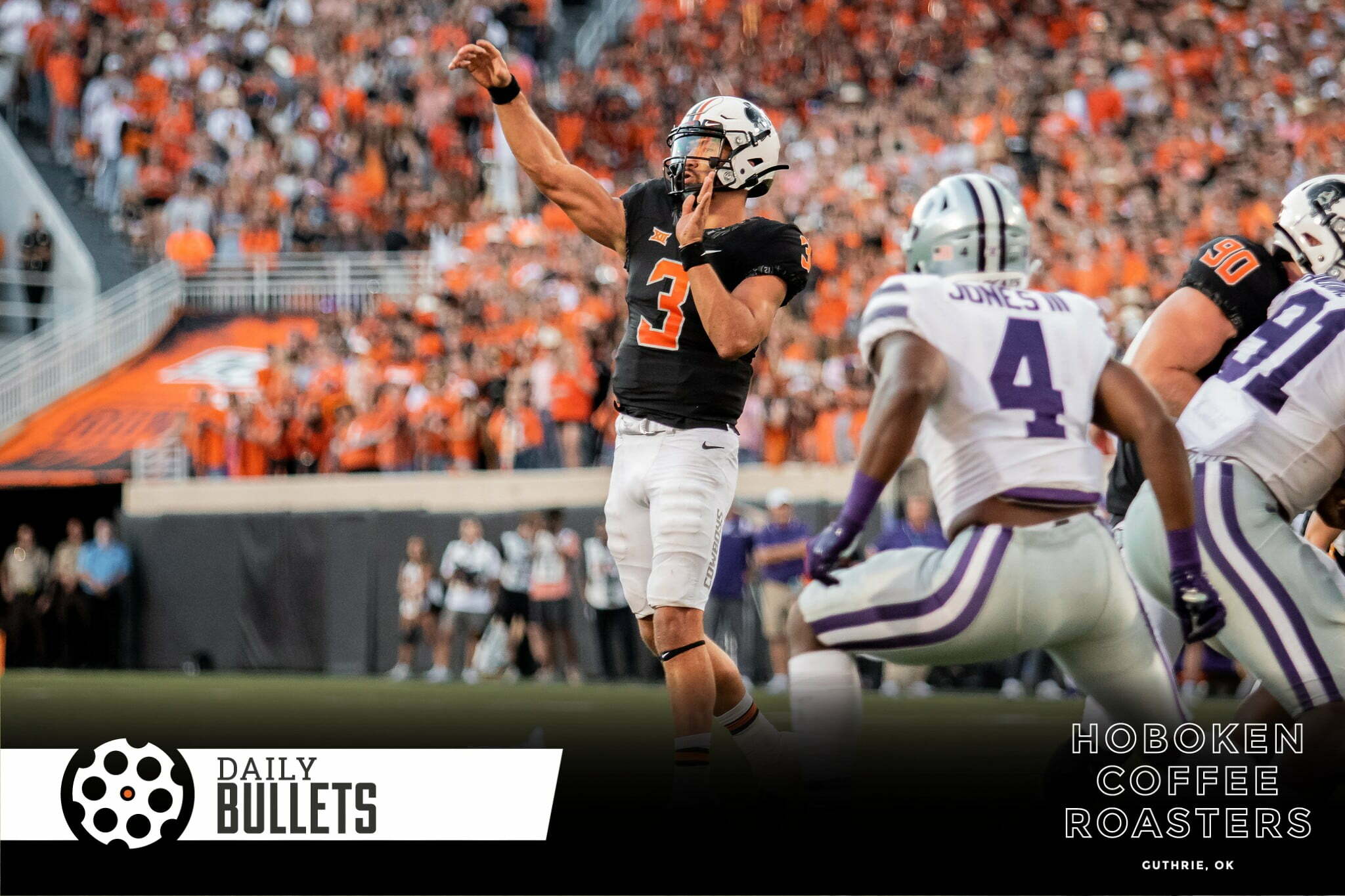 • What sparked the offensive renaissance on Saturday night in Stillwater

• This 247 piece has Jaden Bray listed as one of college football’s true impact freshman:

A three-star recruit and the Top247’s No. 135 ranked receiver coming out, Bray is already flashing that he was underrated and underrecruited.

• Ranking the Big 12 QBs – spoiler: Spencer Sanders is higher than you’d think he is

• Man, we could all just sit and watch these replays for an hour – pretty cool that OSU will be honoring this team on Saturday:

• Pretty wild to look at – how offensive firepower in the Big 12 has changed:

I linked the piece yesterday but loved this quote and wanted to highlight – sports contain some of the best stuff but mostly because of who you’re with enjoying them.

I believe the Ryder Cup reigns because it reminds us that we were created for something outside of ourselves. Sandcastles will not suffice. There’s a vulnerability in admitting that, and so often going at it alone for these professionals is the safer, less exposed option, but it is not the better one. That’s why these European teams are so immensely likable. They understand that, and they are willing to openly weep, not over losses but over the loss of that wisp of time.