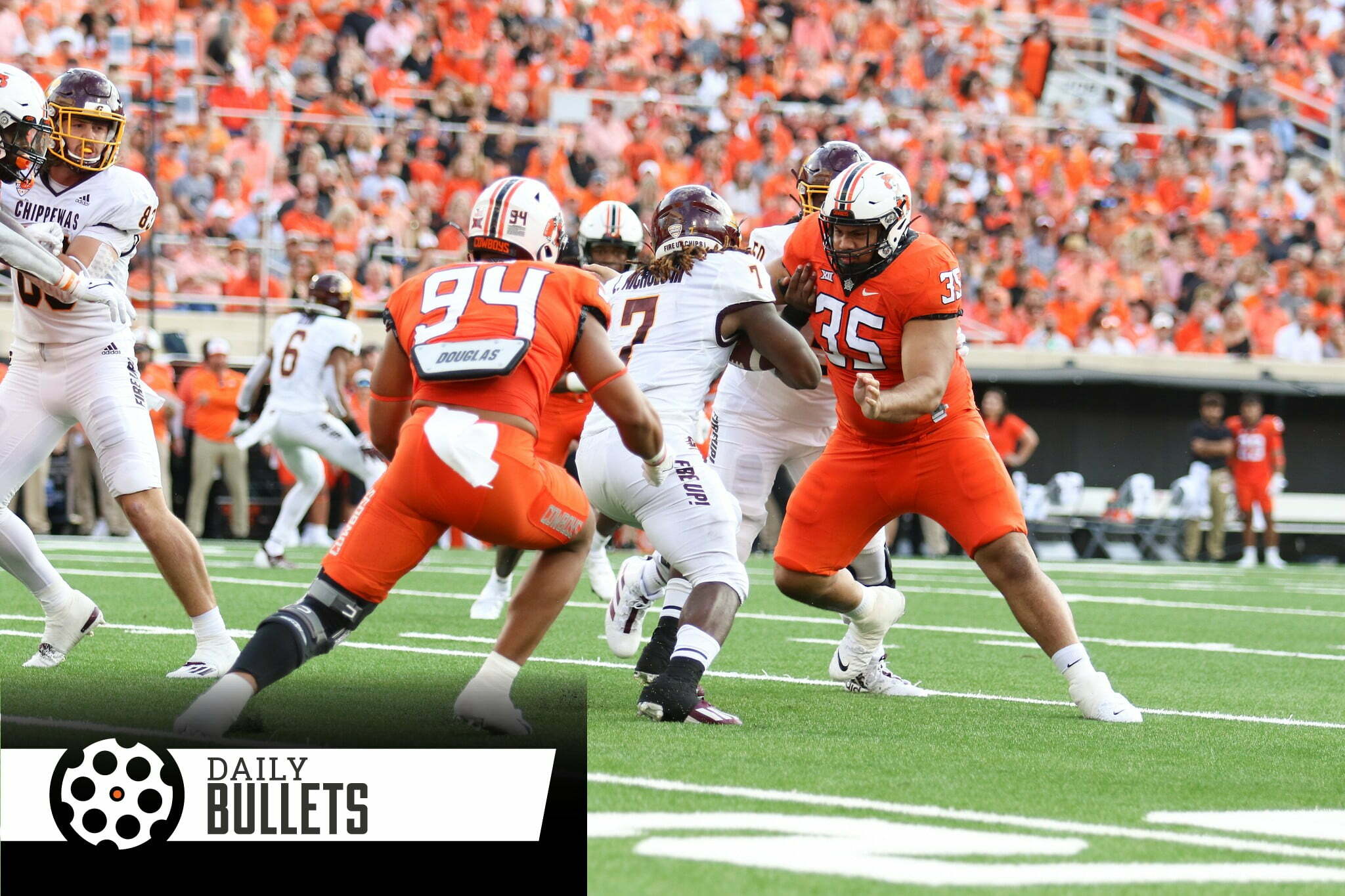 • Most places you look, Oklahoma State is being graded poorly for the 44 points they allowed rather than for the 58 they were able to put on the board in Week One – 247 pointed this out, CBS gave the Pokes a D+ for week one

• How College Football Playoff expansion will affect realignment, job security and the future of the sport

• Not much the former Cowboy (Jarrick Bernard-Converse) could have done about that one.

• Why don’t Millennials have hobbies?
• Naval Ravikant says to just read anything

What a rush – love having college football back.