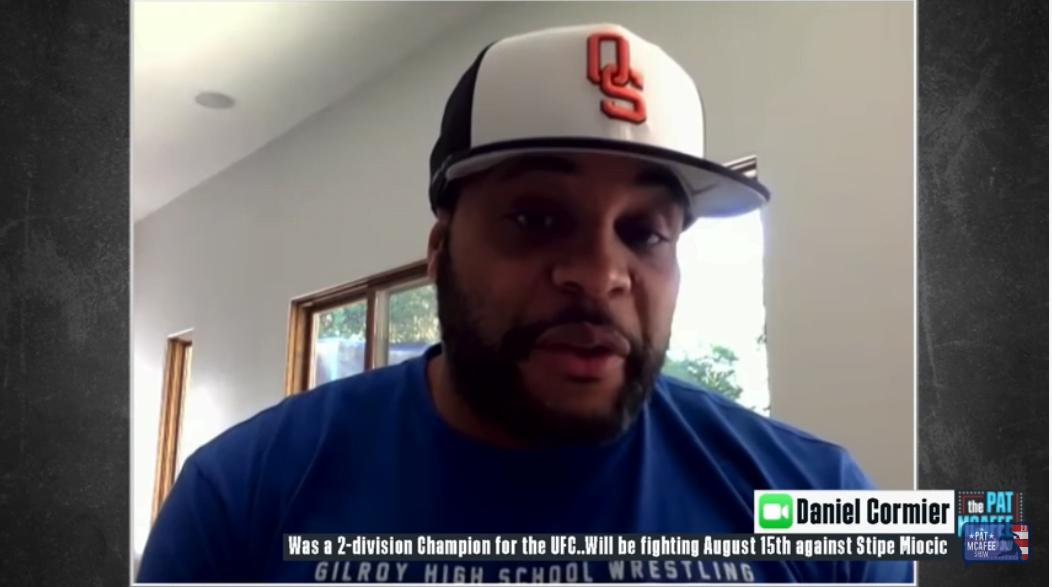 Cormier notably wore an Oklahoma State hat for the show and noted the reason for the hat and the reason Stipe will be his last fight. That reason being he’s getting old.

Later they launched into some discussion on WWE superstar Brock Lesnar and how a fight with Lesnar would have went for Cormier. Cormier stated he “would have kicked Brock Lesnar’s ass.”

In one clip not shown on YouTube, Cormier showed off his belt collection to McAfee and his SEVEN UFC title belts along with his Strikeforce belt.