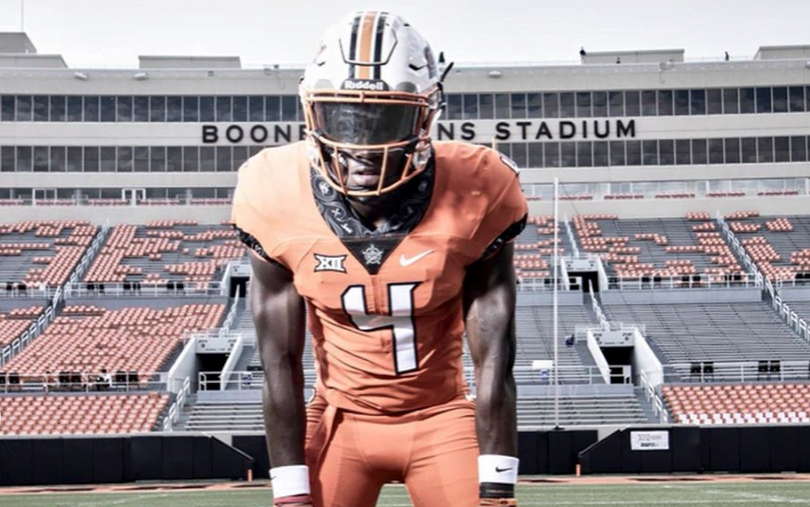 Four-star running back recruit Daniyel Ngata will end his recruitment on Sunday with a long-awaited commitment. Here’s what you need to know.

What to expect from Ngata, the talent: You won’t believe this, but Ngata is a top-100 talent for a reason. People who have seen him believe he is really good. Like, drawing comparisons to Christian McCaffrey good.

“Runs more powerfully than expected, but lacks optimal size for an every down back,” Ngata said. “Runs with burst and a threat for a big play whenever ball is in his hands. Shows good patience and vision while waiting for the hole and can hit the hole and get upfield instantly. Shiftiness and ability to make defenders miss. Has superb hands out of the backfield and can be used as a vertical threat, and could play in the slot. Projects as immediate Power 5 contributor and projects as a second day NFL draft pick.” [247Sports]

Production: As a junior last season, Ngata rushed for 874 yards and added 666 yards receiving. He also scored 20 total times. This season as a senior, he’s amassed 504 yards and 10 touchdowns.

Prediction: OSU is riding a wave of momentum with Ngata, and who am I to stop it? I think the fact that OSU doesn’t have a commitment should be plenty enticing to him. As should the fact that, when he made an official visit to OSU last month, he saw Chuba Hubbard run for 296 yards in a win over K-State. I think Ngata is a Cowboy by the time the day’s over.