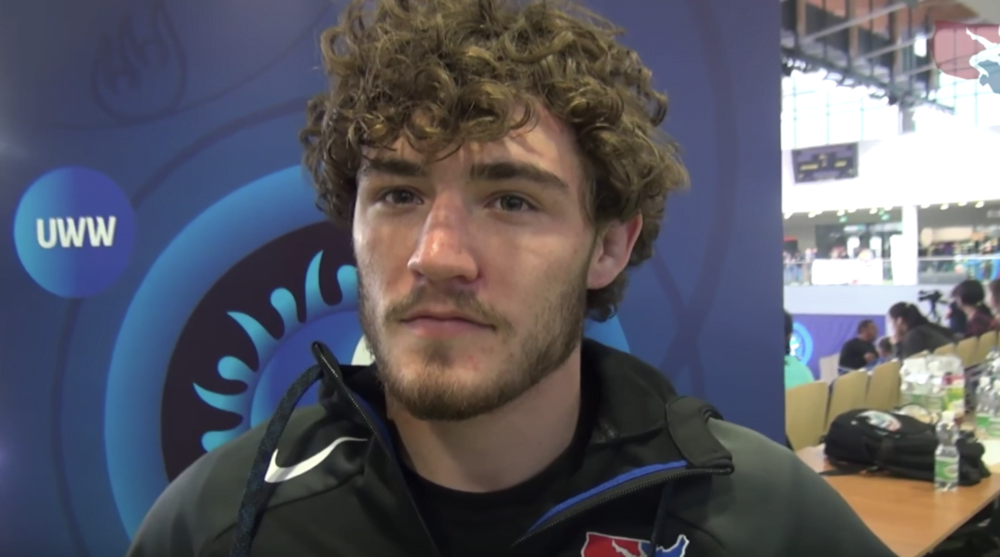 Daton Fix traveled to Poland for the U23 World Championships this week, and the result wasn’t exactly what he was hoping for.

He lost in the first round to Parviz Ibrahimov of Azerbaijan 5-2. Fix got a takedown at the end of the first period to knot the match up 2-2. In the second he was penalized for 2 for fleeing the mat and gave up a step out for 1 to go down 5-2.

Fix’s frustration was evident in his interview afterwards. He said he felt his problem was not creating angles and not getting to legs.

“It was small things,” said Fix. “I need to create more angles. I didn’t do enough to win. I didn’t score enough points to win the match. That’s what it comes down to. I have to be able to get to the legs more often than I did in that match. I got to the legs one time and scored one time.”

Fix was also asked about when he thinks he’ll be wrestling on the collegiate level next? His response was “I’m not sure yet” and that he’s just going to get back in the room and back to work.

The next two tournaments on the Cowboys schedule that Fix could enter unattached are the Reno Tournament of Champions on December 17th and the Southern Scuffle on New Years Day.