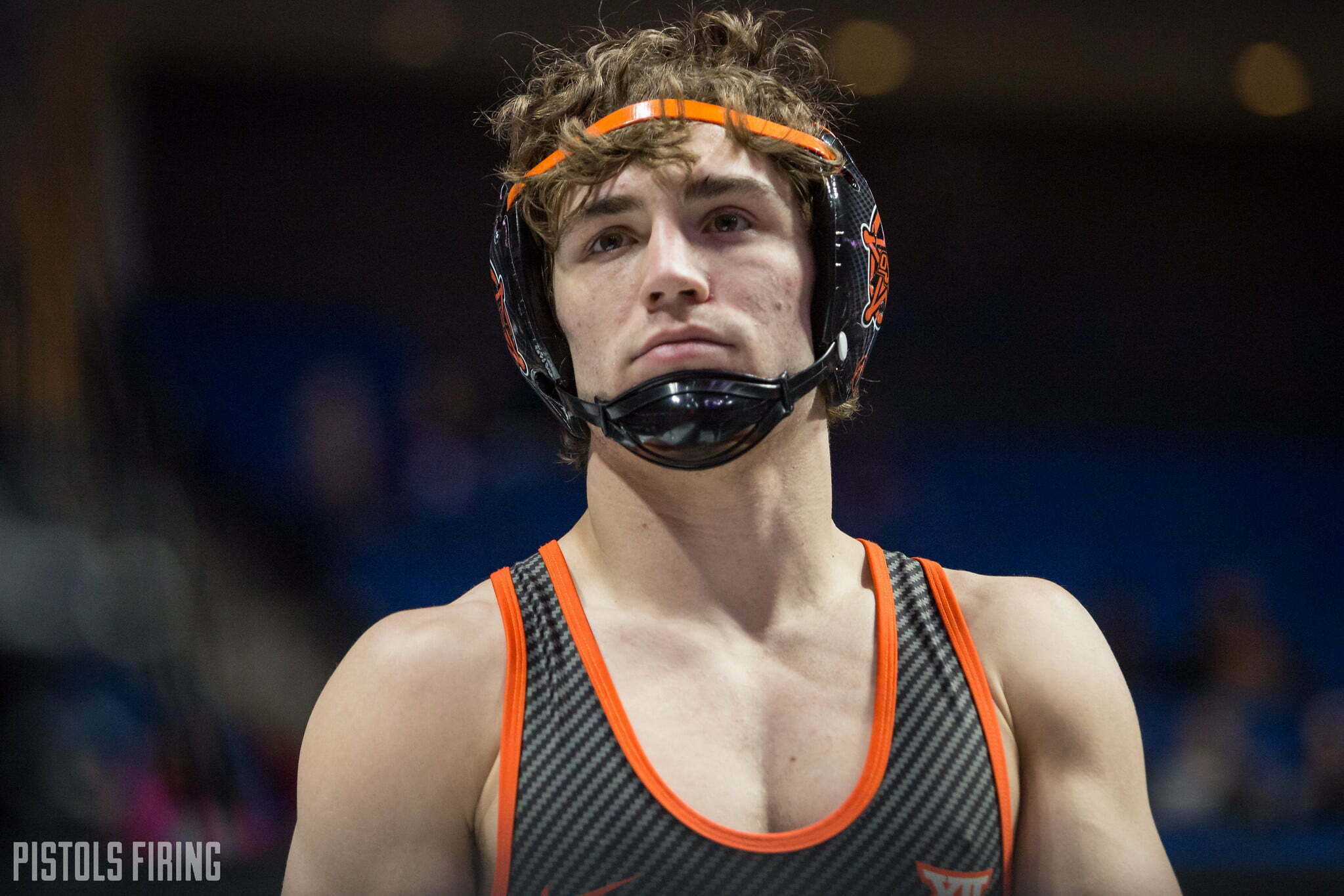 The evolution of the wrestling review process continues to be influenced by Oklahoma State.

In 2012 Jordan Oliver was looking to defend his NCAA title at 133 pounds. In what at the time was a very controversial and talked-about finish, Oliver seemed to have a late takedown that would’ve given him the match and his second NCAA title.

That takedown wasn’t called, and at the time there was no review process in place and no ability for coaches to challenge calls. Later a challenge and review process became a part of the sport, largely influenced by the last few seconds of this match.

Another 133 pound NCAA final involving Oklahoma State has now caused a shift in the review process at the NCAA wrestling tournament.

In March, Daton Fix wrestled Nick Suriano for the NCAA title at arguably the toughest college wrestling weight of all time. As Fix hit a slide by in sudden victory overtime on Nick Suriano, Suriano clearly grabbed Fix’ headgear to defend the takedown. Fix attempted to alert the ref, which opened him up, and was taken down and lost the match. Had the headgear grab been called Fix would’ve been given a point, the match, and the NCAA title.

The in-match ref who missed the headgear grab, reviewed the call and stuck with the call he made in the match, giving Suriano the NCAA title and infuriating the Oklahoma State staff and fan base.

Two years before this occurred, recommendations were made to the NCAA to both remove the requirement to wear head gear and to change the mat-side reviews to a third party review that is not involved in the match.

One of those, largely influenced by the result of this match, is now expected to be changed. According to Willie Saylor of Flowrestling, third-party video reviews will now be mandated at the NCAA tournament.

These changes of course won’t impact the results of these matches that have already occurred, but are certainly a step in the right direction for the sport and will hopefully prevent similar future occurrences.