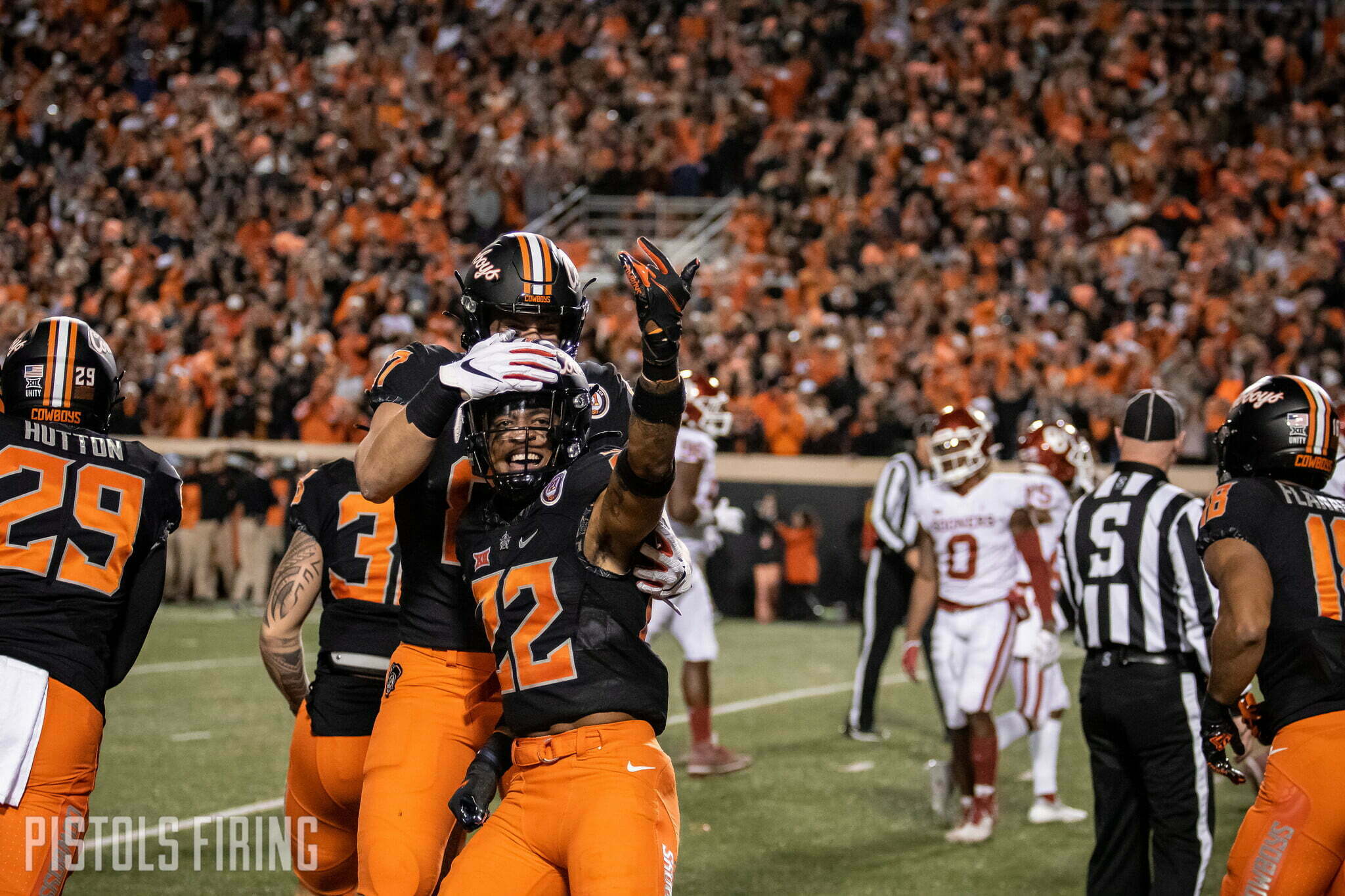 During Oklahoma State’s 41-31 victory over Texas Tech, the Red Raiders started quickly, setting the pace with an 11-play, 75-yard touchdown drive. Then they nearly got the ball right back with a surprise onside kick that Tech was able to recover, but Jones calling for a fair catch saved the possession.

A 6-foot redshirt junior from Booker T. Washington, Jones was able to call a fair catch because the Tech kicker didn’t kick the ball into the ground, instead flopping it straight into the air. It’s easy to say Tech was in the wrong for not putting the ball on the ground, but that was a split-second decision Jones had to make to throw his hand in the air. His ability to not panic should be commended.

“Pretty smart, huh?” Gundy said. “So, if I’m here and they’re flopping it over here and I’m running like this and I [wave a hand above my head], they cannot catch the ball. So, we’ve practiced it and talked about it. We were fortunate enough we had a guy that plays a ton of special teams for a long time and he’s mature and made a good play.”

Jones was one of a few OSU corners who left Saturday’s game with injury.