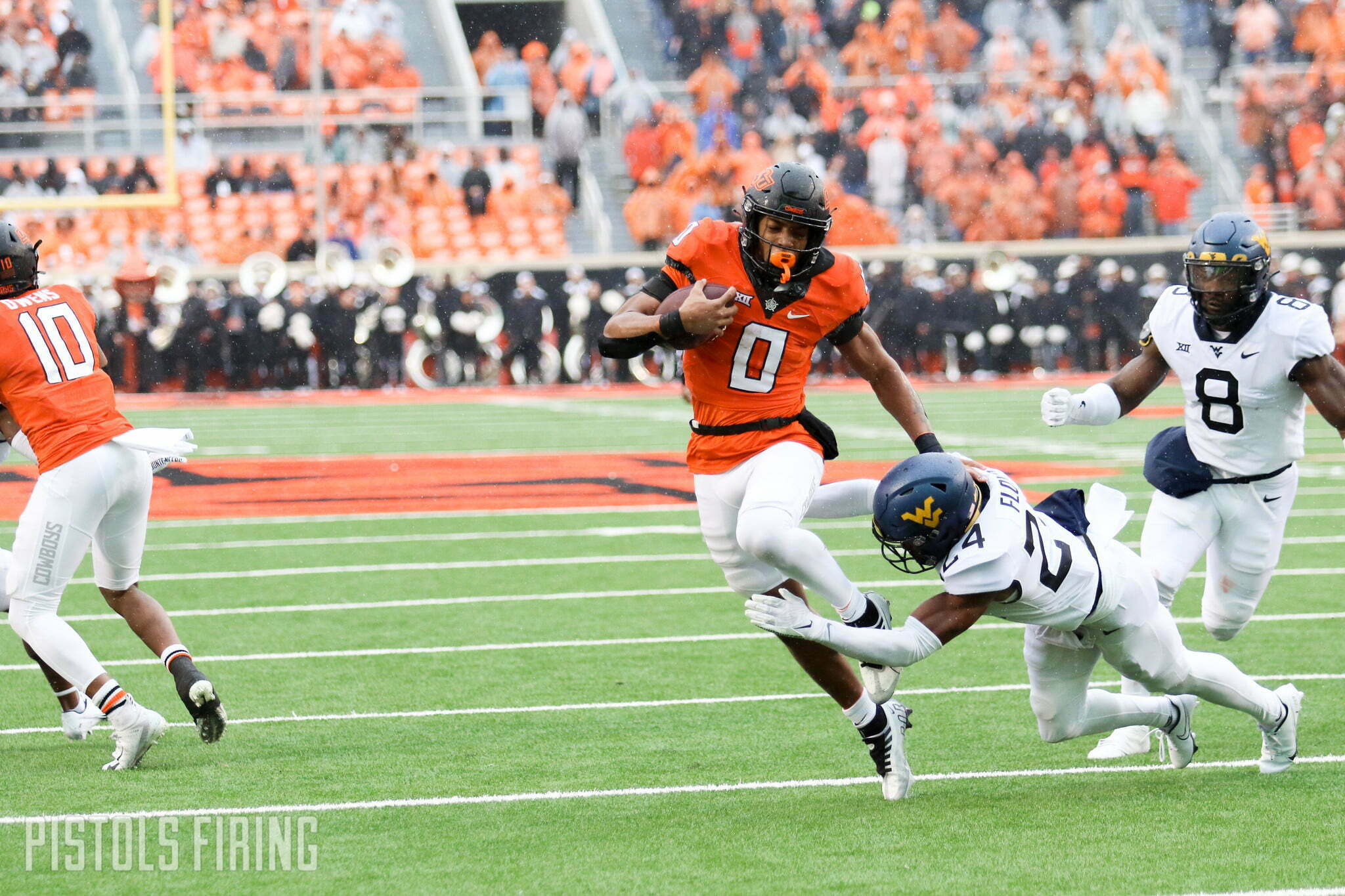 Oklahoma State’s depth chart hadn’t been worth updating for the latter part of the regular season, but with the transfer portal tearing teams apart in this fine bowl season, it might be worth taking a look at.

Oklahoma State released its two-deep ahead of the Cowboys’ Guaranteed Rate Bowl matchup with Wisconsin at 9:15 CT Dec. 27. Let’s take a look:

To start, Garret Rangel and Gunnar Gundy share an “or” at quarterback with longtime starter Spencer Sanders in the portal. When healthy, Rangel has started over Gundy in the latter parts of the season. A true freshman, Rangel has completed 54% of his 84 passes for 482 yards, two touchdowns and three interceptions.

Jaden Nixon, Ollie Gordon and Deondre Jackson all share an “or” at running back with Dominic Richardson, OSU’s leading rusher, in the portal. Another true freshman, Gordon turned heads in OSU’s regular season finale against West Virginia, toting the rock 17 times for 136 yards and a score. With Richardson and Sanders in the portal, Gordon is actually the Cowboys’ leading rusher entering the bowl game with 263 yards.

Lamont Bishop gets the nod at linebacker in place of Mason Cobb, who committed to USC on Monday night. Bishop has 20 tackles and 2.5 tackles for loss this season.

Elsewhere on the defense, Cam Smith is in place of portal entry Jabbar Muhammad. Smith was the Cowboys’ third corner in 2022, filling in when injuries plagued the secondary. He has 17 tackles and a pass breakup this season.

In place of Thomas Harper at safety, it looks as if Kendal Daniels and Sean Michael Flanagan will both start. Those two started the year sharing a position.