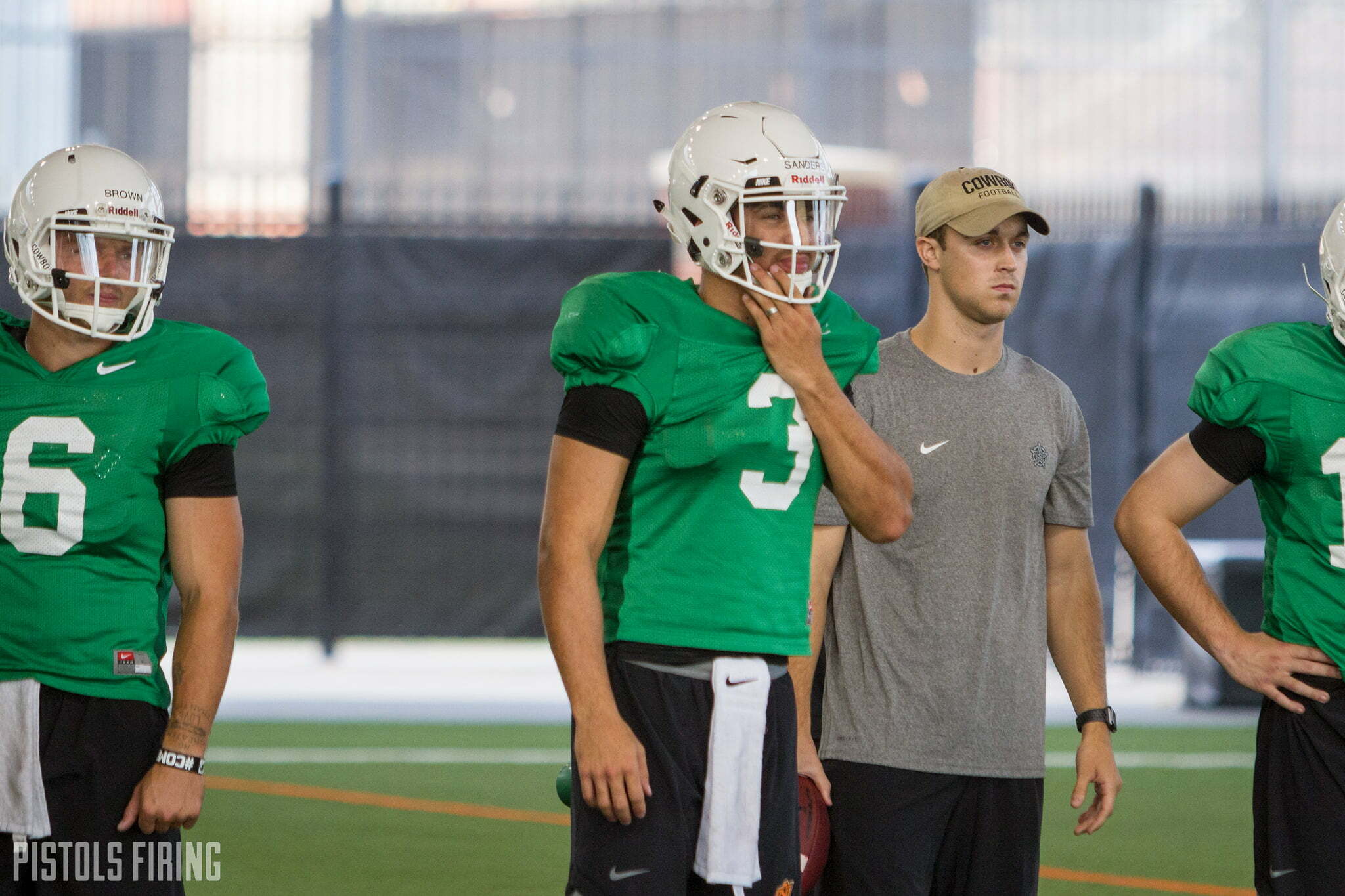 Oklahoma State’s offense, much like its defense, will be getting an overhaul in 2019. Corndog has run out of mustard, Justice will now be served in the NFL variety, swag will ooze from another No. 13 not named Tyron.

Adding to the outflux of talent and experience is the departure of long-time offensive coordinator Mike Yurcich, who transferred from OSU to tOSU this offseason for a pay raise and a return to his home state.

Things will certainly be different in Stillwater. That may not be a bad thing — but it will be different. So projecting how things will look in the two-deep eight months from now? A challenge, to say the least. But we’ve got some good guesses on how things may shake out.

The QB take: Dru Brown was ahead of Sanders in the pecking order last season, not that it mattered much: Brown only outsnapped Sanders 1 to zero on the season, with that lone snap coming in the bowl game. Still, those who have seen Sanders in practice rave about his arm and upside running the OSU offense. He’s a dynamic talent, elite passer and leader in the clubhouse with the most talent in this position group.

The RB take: Entrenched at No. 1 is Chuba Hubbard, the rising redshirt sophomore who took over No. 1 duties after Justice Hill went down last season. No debate. Beyond him is a question mark. Because of Dezmon Jackson’s experience at the junior college level, I have him slotted here at 2 behind him. Then at No. 3 I have true frosh Deondrick Glass and LD Brown in an or spot. I think Glass has the most upside of any of these players not named Chuba.

The WR take: Even with Tyron Johnson turning pro ….

The Cowboy Back take: Jelani is the dude and then there is everyone else, for the time being. I like Jake Ross a lot — didn’t play last season but at 6-7, has quality upside as a pass-catcher. He and Logan Carter could contribute equally at 2A/2B spots next season, and then freshman Grayson Boomer is a wild card.

OL take: I’m as qualified to evaluate offensive linemen as Donald Trump is to be President of the United States, but given the fact that the unit has a ton of continuity from last season, this is a fairly simple copy and paste from what it looked like last season. Bryce Bray and Hunter Anthony are the X-factor guys I like that don’t have starting jobs but could at some point. They will need some of the young, developing linemen to start producing in some capacity next season.