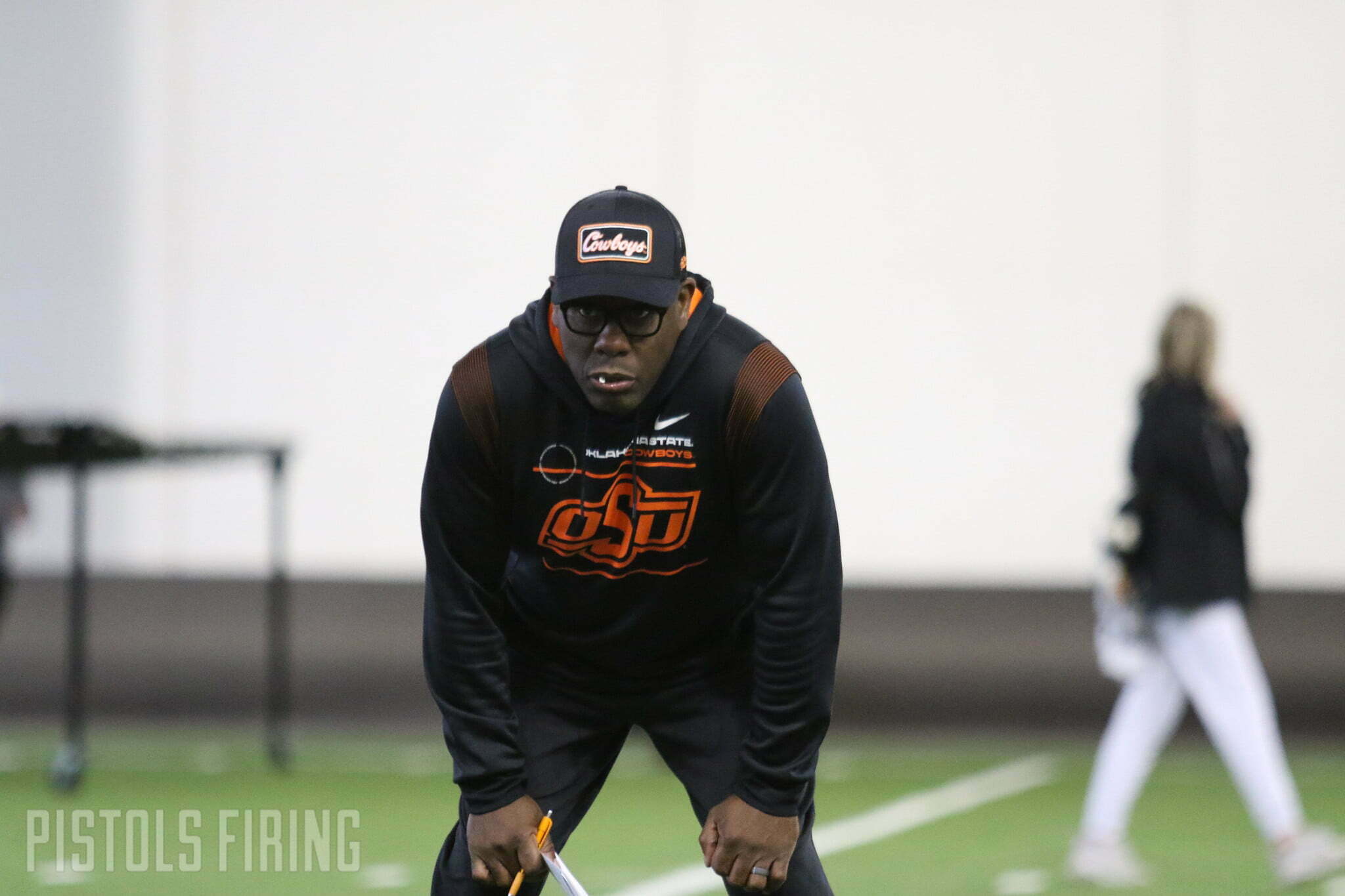 But how can Mason catch up to the intricacies that have developed within OSU’s defense? By tearing it apart and putting it back together.

“We spent about a month and a half pulling it apart,” Mason said. “From the verbiage to how we saw things, I wanted to make it easier for players and coaches. So, 85% of what we do is still the same. There’s gonna be some slants and some twists and turns in that deal, but what I can tell you is they’re having a good time because they understand it. I’m having a good time because at the end of the day, we’re adding some variables that can make us very, very unique in this conference.”

Mason compared the process to restoring a car. He said he has a 1964 International Scout that it took him three years to build. Him finding ways to keep things similar puts the burden of learning on himself rather than the players, allowing the players to continue with the momentum OSU’s defensive unit has gained over the past few seasons.

That’s not to say that OSU’s 2022 group will pick up right where OSU’s 2021 defense left off. OSU is down a handful of starters in the secondary. The Cowboys lost both starting linebackers. And, while the group does return a ton of talent on the defensive line, replacing Israel Antwine’s ability to wreck an interior could also prove difficult.

But what Mason doesn’t want to do is make Collin Oliver learn a whole playbook. He recorded 11.5 sacks as a true freshman. The old stuff was working fine.

Jason Taylor, a walking playmaker, has been in the system since 2018. Resetting a guy with that much experience doesn’t seem efficient, nor does having Mason Cobb learn new verbiage as he enters his first season as a starter.

Gundy’s program has been successful, in large part, because of consistency, and it doesn’t appear that will change with the high-profile signing of Mason.

“For me, the greatest part of the learning has been on me, not them,” Mason said. “As we’ve put it back together, I’ve just put my slant and twist on things that I understand. I’ve allowed those guys to weigh in on it, so that at the end of the day they feel comfortable. If they feel good, I feel good. I think it’s that simple. It’s not about ego, it’s about the end product. It’s not about being right, it’s about getting it right.”