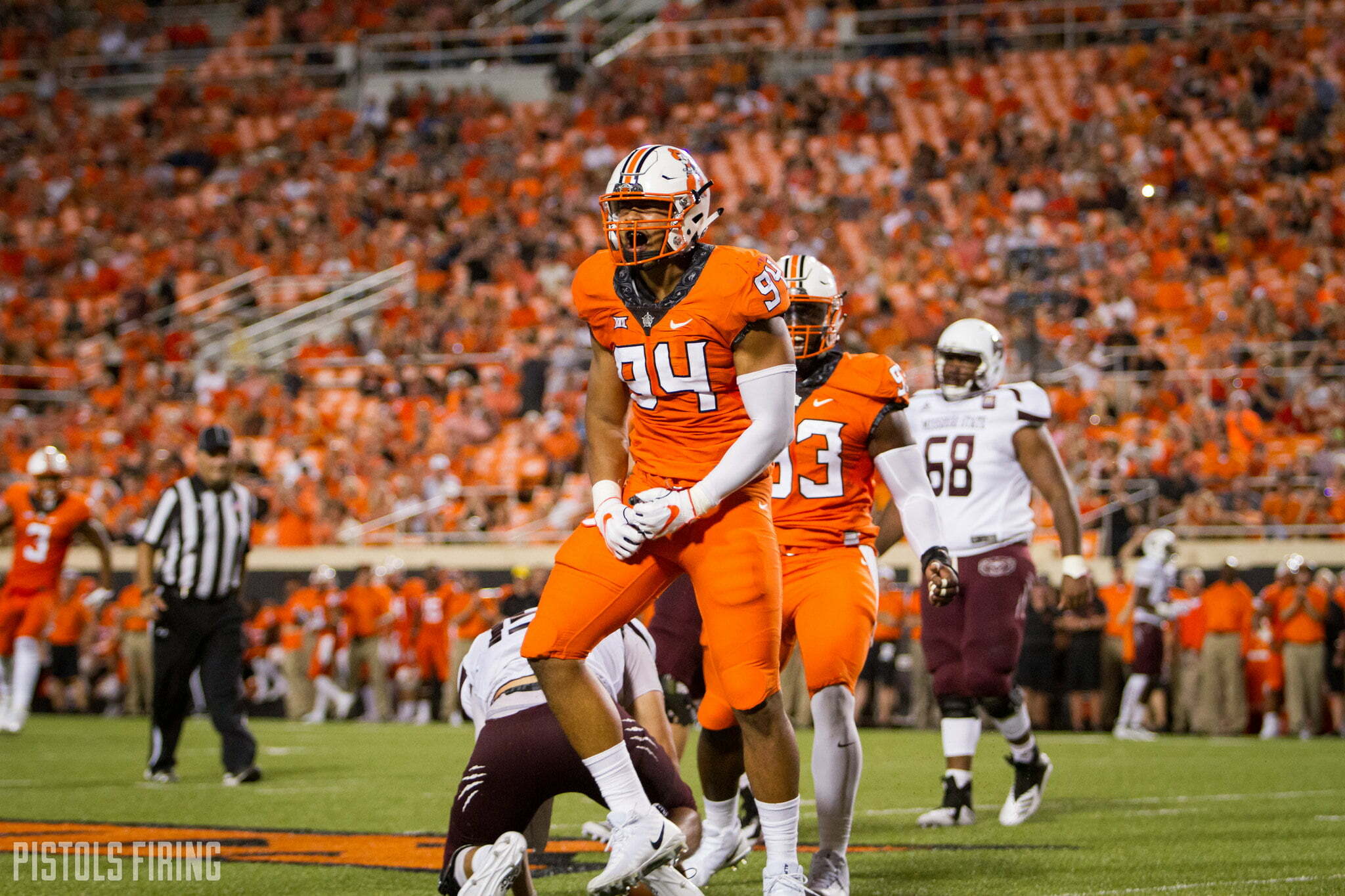 In a year that stars were hard to find on OSU’s defense, Jordan Brailford shined as the Cowboys’ do-it-all pass rusher. At times in 2018, he was the best player on the field, but how does that translate to the next level? And how enticing a package does he represent to NFL front offices?

Brailford led OSU with nine sacks and 16 tackles for loss. His 0.69 sacks per game led the Big 12 (Texas DE Charles Omenihu had 9.5 total but in one extra game).

There aren’t a ton of seven-round mocks out just yet, but those that included Brailford, tabbed him as a Day 3 pick.

The Bleacher Report mock draft that left out OSU’s leading rusher Justice Hill, did include its sack leader as what would effectively be a seventh-round pick.

DraftScout.com lists Brailford as the No. 12 outside linebacker in the draft class.

The knocks on Brailford are few, but significant. The first is his list of injuries dating back to high school and throughout his time at Oklahoma State including a couple of serious leg injuries and a shoulder issue that required surgery.

The other gripe that some evaluators might have with Brailford is that his impressive sack numbers from the first half of his final season completely fell off once OSU’s competition level raised and as opposing OCs gameplanned for him.

While his talent and nose for the passer are obvious, Brailford is regarded as a raw talent in NFL circles who be a project at the next level. Plenty of potential if he can stay healthy, but an unfinished product.

The fact that Jim Knowles played him all over the defense gives teams actually video evidence of Brailford’s versatility. Edge rushers are at a premium — especially those who can thrive in multiple systems. Brailford can play the end position or at either inside or outside linebacker if need be. Knowles even put him in pass coverage at times, another trait that can be valuable at the next level.

Brailford shined at the East-West Shrine game and will get the opportunity to endear himself even more to NFL front offices both at OSU’s pro day and the NFL Draft Combine.

NFL.com gave Brailford a 5.48 draft grade, which puts him at the high end of the “NFL backup or special teams potential” scale. Prospects rated from 5.50-5.99 have a chance to be NFL starters by these projections.

Of course, these grades don’t mean a ton. Teams will evaluate Brailford based on film and weigh his upside and obvious talent against his injury history and any prejudicial stigma he carried with him coming from a middle-of-the-road Big 12 defense.

Brailford possesses the talent of a Day 2 pick but the injury concerns will likely keep teams from investing too much. My guess would be that he gets picked up by some team in the sixth or seventh round.