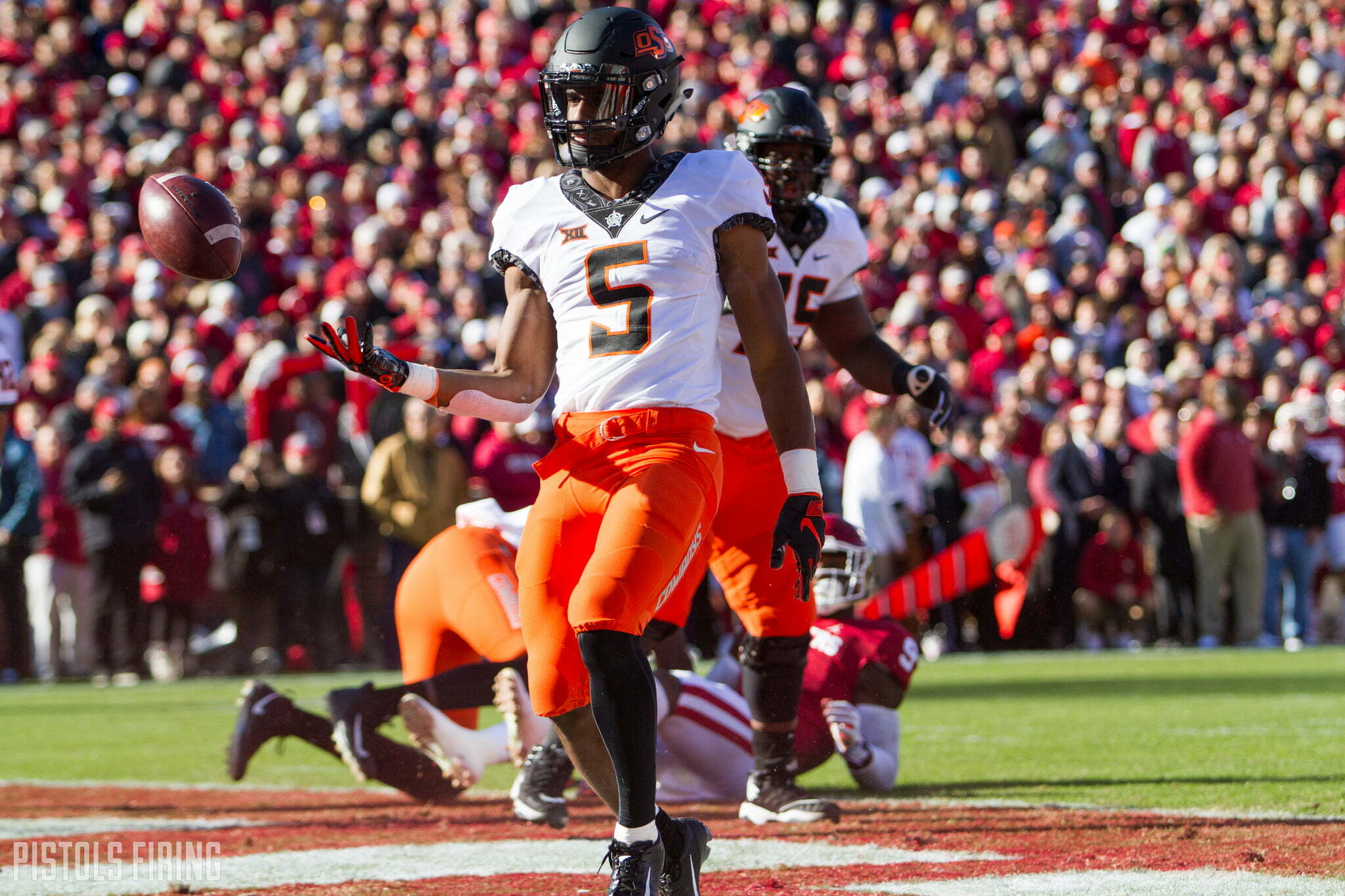 Oklahoma State has a handful of draft-eligible prospects ready to cash in their Sunday ticket. But let’s start by looking at the highest-upside prospect, and most likely first to be taken off draft boards, Justice Hill.

Thanks to injury, the Cowboys’ unquestioned best player coming into 2018 did not finish his career with all the pomp and circumstance befitting a bonafide star and record-setting tailback. In 10 games, Hill turned in a career-low 930 yards and nine TDs before exiting stage left during Bedlam.

Even before he was sidelined, Hill’s attempts and per-game rushing average took a dip in in Year 3 with J.D. King returning as RB2 and Chuba Hubbard commanding early carries, as well. Hill was still efficient posting a career-high 5.9 yards per carry, but an unfortunate early ending to his college career left fans and scouts wanting more.

Hill’s stock varies widely among a running back class that is considered to be without transcendent talent.

One ranking from CBS Sports tabbed Hill as the No. 4 running back in the class, as did one from Walter Football. But of five writers from The Draft Network, only two included Hill as a top 10 RB prospect in this year’s class, and both penciled him in at No. 10.

USA Today’s DraftWire has Hill as a fifth round draft pick, going 153rd overall to the Colts. Some mocks, like this one from Bleacher Report, don’t project him being selected at all.

With nearly three months remaining before the NFL Draft and still a pro day and an expected (but not yet official) combine invite, things can change quickly.

His pristine health history took a hit this season with the nagging rib injury that held him out of OSU’s final two regular season games and ultimately ended his college career.

Teams would have likely questioned Hill’s durability at the next level based merely on his 5-foot-10 frame that held less than 200 pounds in college. Now they have actual evidence of injuries keeping him out of action for an extended period.

Aside from questions of health and size, Justice’s selling point will be that of the type of explosive playmaker that teams can’t pass up. A nice showing at the combine would pay dividends.

Hill has the versatility, speed and home run ability to shine especially in zone blocking schemes. He also offers upside as a receiver, though he wasn’t used as much in the passing game as we expected coming into 2018.

He may not possess the stereotypical size teams covet in an every-down back and his recent injury issues could hurt him, but I don’t see Hill slipping past the fourth round. There are examples of elusive, slightly undersized backs excelling on Sundays. See Alvin Kamara and Kareem Hunt.

I think Hill’s ceiling is a backup, situational rusher in Year 1, with a chance to grow into a starter in his first couple of seasons. Keys to his success will be fit and fitness. If that rib injury proves to be an aberration instead of the norm, Justice might prove to be a mid-round steal.