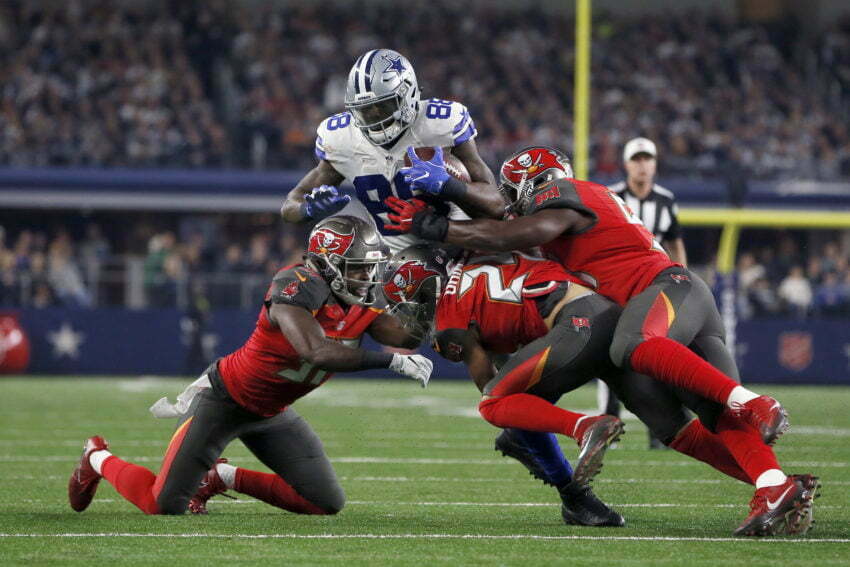 After the Dallas Cowboys’ 10-7 loss to their division rival New York Giants in week 14, Dez Bryant threw up the ‘X’ to the bandwagon Cowboys fans bashing rookie QB Dak Prescott and the offense.

“First off, just jump off. Jump off. Jump off. Like we lost one game [following an 11-game winning streak]. We was 11-2. Like come on, man, this guy put us in this position and you just get to talking crazy. You know, we have one bad game, it’s crazy.”

The Cowboys responded in a big way this week with a 26-20 victory over Jameis Winston and the Tampa Bay Buccaneers. Dez went for 8 catches and 82 yards in his new all-black Jordan’s.

Dak Prescott, who some Cowboys fans wanted benched after the Giants loss, came back with a huge game, going 32-36 for 279 yards in the win over the Bucs. It was the 30th-most accurate passing game from a quarterback in the history of the NFL, per Pro Football Reference.

Dez also touched on the need to block out distractions.