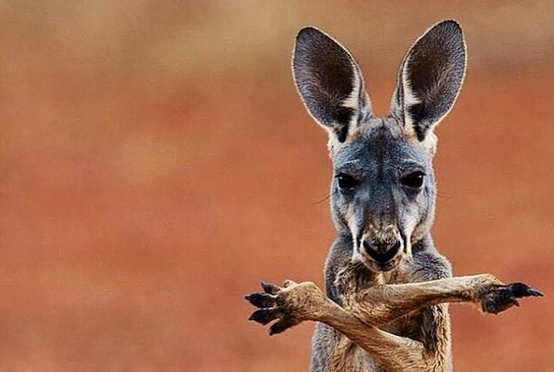 Maybe it’s just been a long day but this crushed me for some reason.

It’s not so much that a kangaroo was throwing up the X (though that part is quite funny) but that Dez tweeted about a kangaroo making a symbol that he’s made famous as an American football player.

I mean, in what universe would we have ever thought we could read about (see?) our favorite athlete mass distributing images of a native Australian animal? Twitter, FTW.