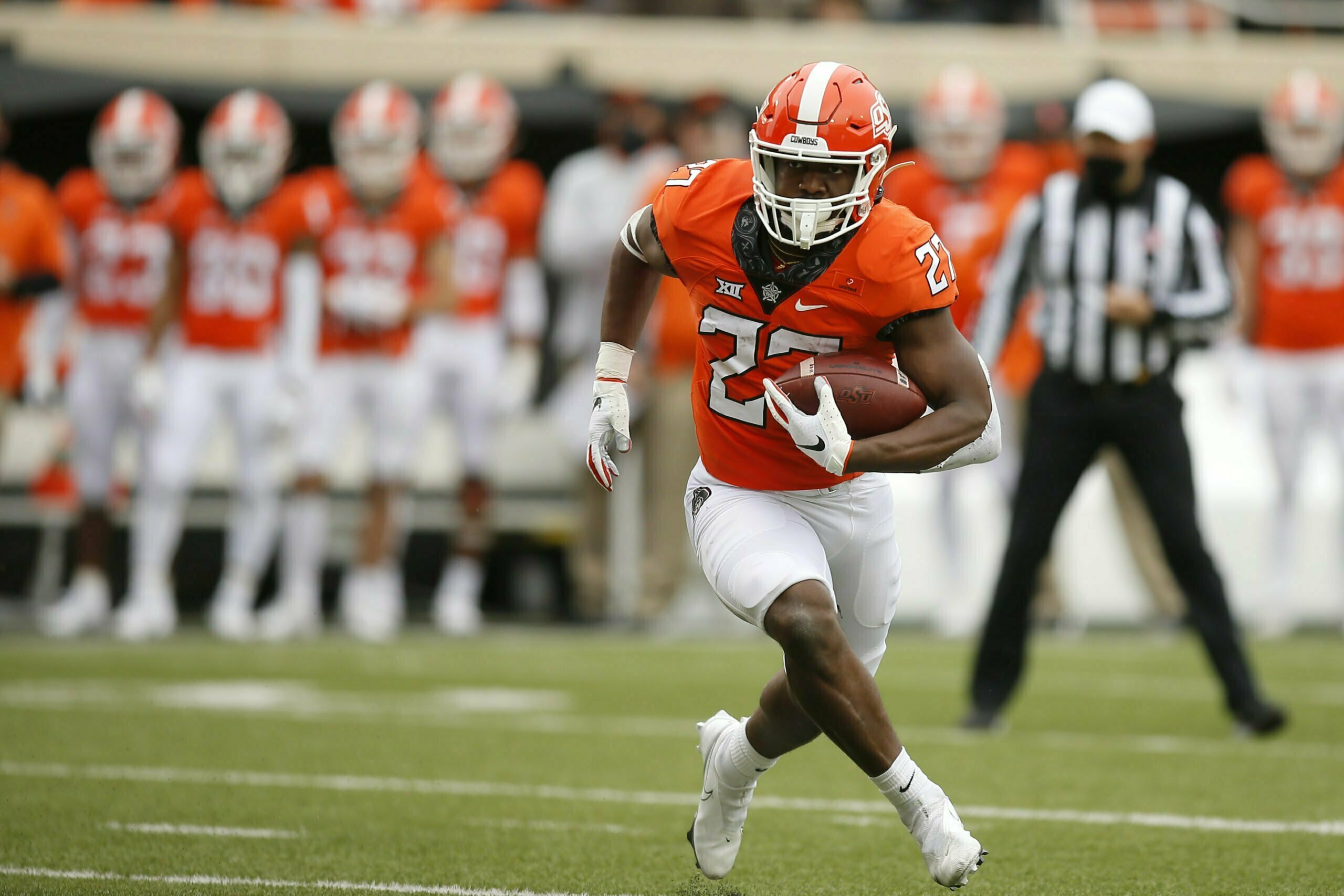 Dezmon Jackson made his name known to the college football world Saturday in what was a culmination of years of grinding.

Jackson ran for 235 yards and three touchdowns on 36 carries in Oklahoma State’s 50-44 victory against Texas Tech on Saturday. His performance earned him Big 12 Newcomer of the Week honors, not bad for a player who came from a small high school and had to go the junior college route through Hutchinson Community College in Kansas.

“Coming from a small school then going to juco, I just never in my life had anything handed to me,” Jackson said Tuesday. “I’ve never been a high-star guy, never been highly recruited. My motivation is really just, I just wanna prove myself right rather than prove everybody wrong. I just know what I can do. I just love the game, really. I have a really high love for the game, and it just keeps you going.”

Jackson played his high school ball at Parkers Chapel in El Dorado, Arkansas. The Trojans play 2A football, and Jackson was able to dominate the inferior competition.

That still wasn’t enough to earn him a scholarship offer through January of his senior year, so he decided to go the junior college route at Hutch.

Jackson said there were times in the junior college system where he felt like giving up, but things started to come together for him in his sophomore season. He ran for 1,216 yards and 13 touchdowns in 2018, earning him offers to the likes of OSU, Kansas State, Ohio and others.

“The journey, it was a lot of tough times,” Jackson said. “I got frustrated a lot, but I just kept pushing, kept pushing. My work ethic really showed Saturday. From me coming from not playing as much to starting and getting 36 carries, it really surprised me how good of shape I was in. It just showed me how much my hard work had paid off.”

After playing sparingly in 2019 where he redshirted, Jackson was good in limited work early in the 2020 season. He had 91 yards on 10 carries against Kansas.

But with Chuba Hubbard and LD Brown nursing injuries, Jackson got his first big shot Saturday, and he made the most of it.

“I saw a guy that was focused and looking for his opportunity, and he got it today,” OSU offensive coordinator Kasey Dunn said after Saturday’s game. “We talk about just running behind your pads, and he did it. He hit it up in there. He didn’t dance around, a buncha crap, he just got the rock and went downhill.

“I’m excited for that kid because he’s been waiting for his chance. He got it, and he nailed it.”