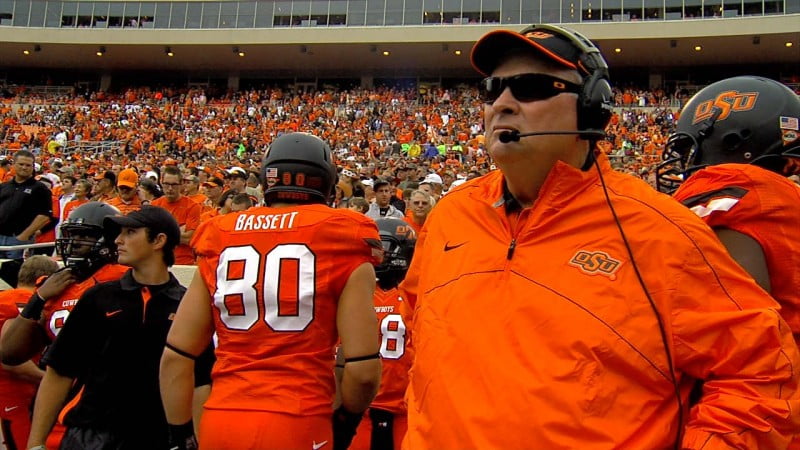 All of you guys are leaping up and down as you read that headline, aren’t you? Our Twitter and message board rants finally ran him out of town!

How reliable is the source? No idea, his bio says he “is the #1 most interesting daily read for coaches, college athletic directors, and NFL front-office personnel.”

I’d love to knock him (because it would be so easy) but he looks like a hustler and that’s sort of kind of what this site was built on (hustle) so I’ll let it ride. Plus, he seems like he’s competent enough.

BBJ, who last week said to “look for one more change on OSU’s staff,” tweeted this at James Poling tonight…

@james_polingthat was the info I received – that Bill Young was told to find another job & he will *not* return.See @coachingsearch

Young: Shoot, I’m going to coach until someone tells me I can’t. Gundy said he wants to have him back if that’s what Young wants. (NewsOK)

@samanthavicent @pokelahoma I’ve been getting very mixed messages from people for weeks. Yesterday, in fact. But I’m looking into it again.

Whatever the case, I expect this to be resolved by the end of the week since Gundy is so good at squelching out coaching rumo…

Kidding, I expect it to be resolved ASAP. Hey, maybe Gundy can try his hand at the offense AND the defense next year.