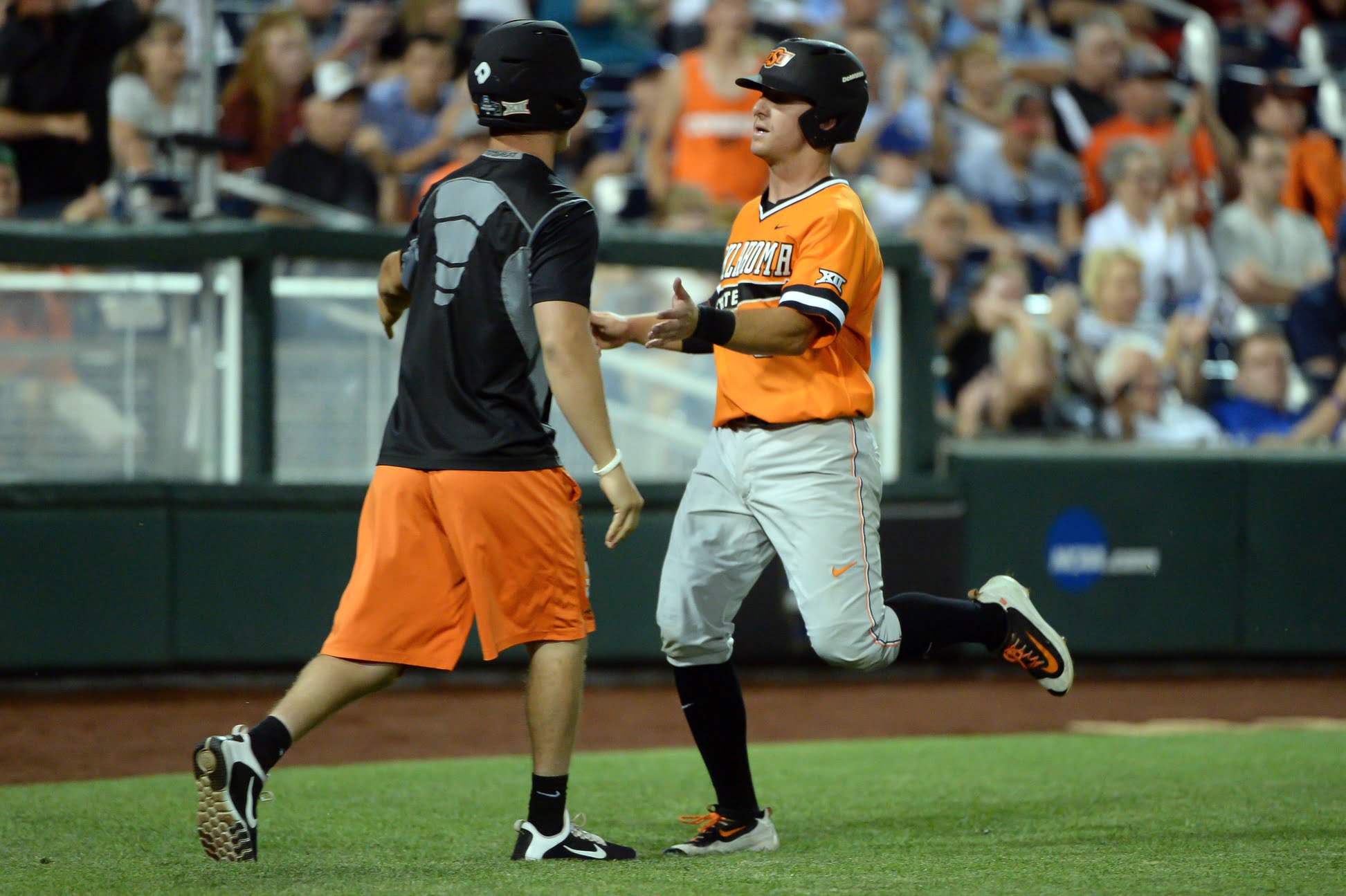 Donnie Walton and Collin Theroux shared a pretty memorable single season together at Oklahoma State that was capped with a College World Series run to Omaha. On Tuesday, they’ll share the field again, in somewhat familiar grounds, as both take place in the Texas League All-Star game at ONEOK Field in Tulsa.

Walton will be representing the Arkansas Travelers, Double-A affiliate of the Seattle Mariners, and Theroux was picked from the Midland Rockhounds, the Double-A team of the Oakland Athletics.

The two have enjoyed an extended reunion as their two teams faced off this past weekend in a four-game series. Walton’s Travs took the series 3-1, but Theroux tried to get the best of his former shortstop any chance he got.

“When I got on second base in one of the games we were playing against each other, I was kicking dirt all over him, pulling his jersey out and what not,” said Theroux. “He and I definitely try to take advantage of everything we can.”

The pair seems to have picked up right where they left off.

“Any time I got on second base if he came up to hit, it was like we were in an intersquad back in school,” said Theroux. “It’s always fun, and I think it is something that we will remember for a long time and it’s nice to be able to share together, for sure.”

“When we played at Oklahoma State, it seemed like he played there for four years, and it was only one year,” said Walton. “That’s just the guy he is. He’s just a super good teammate, a super good friend and a great competitor. Once we’re across enemy lines, we’re battling.”

Tomorrow's @TexasLeagueMiLB All-Star game will feature former @OSUBaseball stars @DWalt05 and @CollinTheroux. Both are excited to be playing in the game together, but watch out for shenanigans between them. #OKState pic.twitter.com/kKdkGZPlxC

The two can also get together on one side of a rekindled Bedlam rivalry. Former Sooner outfielder (and former Bedlam QB) Cody Thomas will be representing the home team, the Tulsa Drillers.

In 2016, the Cowboys, with Walton and Theroux, and Sooners, with Thomas, split their four games. But college rifts aside, the three appear to have developed a strong bond based on mutual respect.

.@DWalt05, @CollinTheroux and @codythomas_12 were #Bedlam rivals in college. Now they are all close friends, and all preparing to play in tomorrow's Texas League All-Star game. #OKState #Sooners pic.twitter.com/Yvpy8hlxkD

The all-star game gets underway at 7:05 p.m. with a preceding home run derby at 6:05 p.m. You can tune in in the Tulsa area at KTBZ am1430 or stream it with an MiLB.com account. But there are still tickets to be had if you want to enjoy the festivities first-hand.