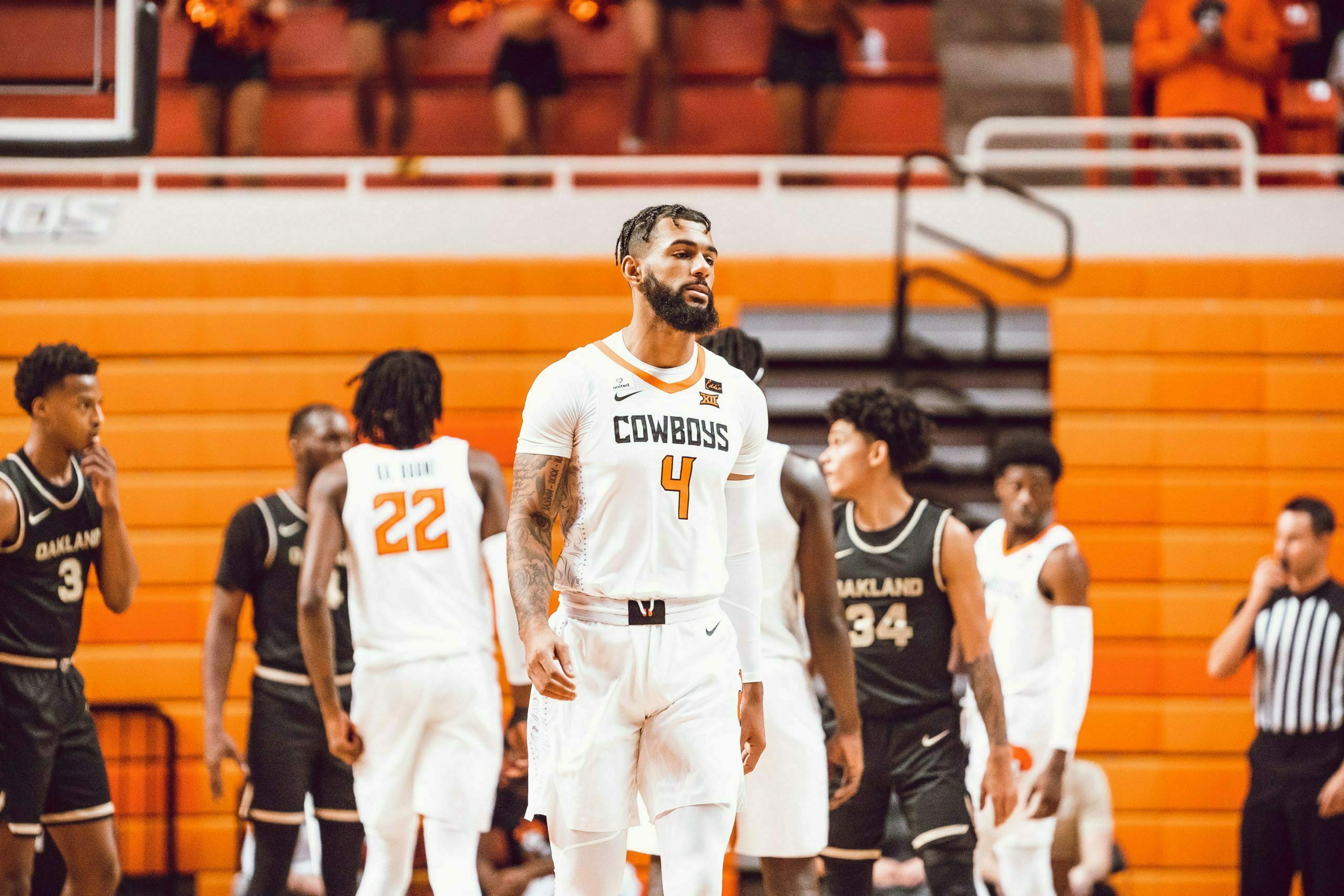 Whether it’s COVID, the injury bug or a player leaving the program, everything seems to be hitting the Cowboys at once.

Oklahoma State freshman guard Donovan Williams will miss the remainder of the Cowboys’ season because of a pending knee surgery. Williams was a highly touted four-star recruit for the Cowboys and has played in five games this season.

“[The surgery] isn’t scheduled yet, but we’re working on getting that scheduled,” OSU coach Mike Boynton said Tuesday. “He had an MRI done last Thursday. We got the results back on Friday. We’re dealing with a little bit of an injury issue here, as well.”

Although Williams has played sparingly in his freshman season, his injury further solidifies OSU being short handed. Chris Harris will miss the remainder of the season because of a recent knee surgery, and graduate transfer guard Ferron Flavors is scheduled to be reevaluated Wednesday, according to Boynton, after missing games with a finger injury.

Williams’ and Harris’ entrances to OSU have similarities with both coming in as four-star guys expected to make a long-term impact on the program. Older teams are becoming more dominant in college hoops, and Boynton said in a roundabout way, maybe this helps OSU get to that point.

“They’re both really good kids,” Boynton said. “They do things the right way. They stay out of trouble. They got great attitudes. So, I’m confident that long term, maybe this is something that benefits us. You talk about getting old — it’s not the ideal way to do that — but you got a couple guys that potentially could be around for a little bit longer than maybe they expected or maybe their families expected.

“That’s certainly something that could be beneficial two or three years down the line. You can have some guys who have been in the program, who know what the expectations are, who can really help you.”

Those injuries are added to the fact that OSU had a positive COVID-19 test last week that forced the Pokes to postpone their game against Oklahoma this past Saturday.

The Cowboys still haven’t returned to practice. Boynton said the hope is that they are able to practice again in “the next couple of days.” Waiting for them after this pause in unbeaten No. 2 Baylor.