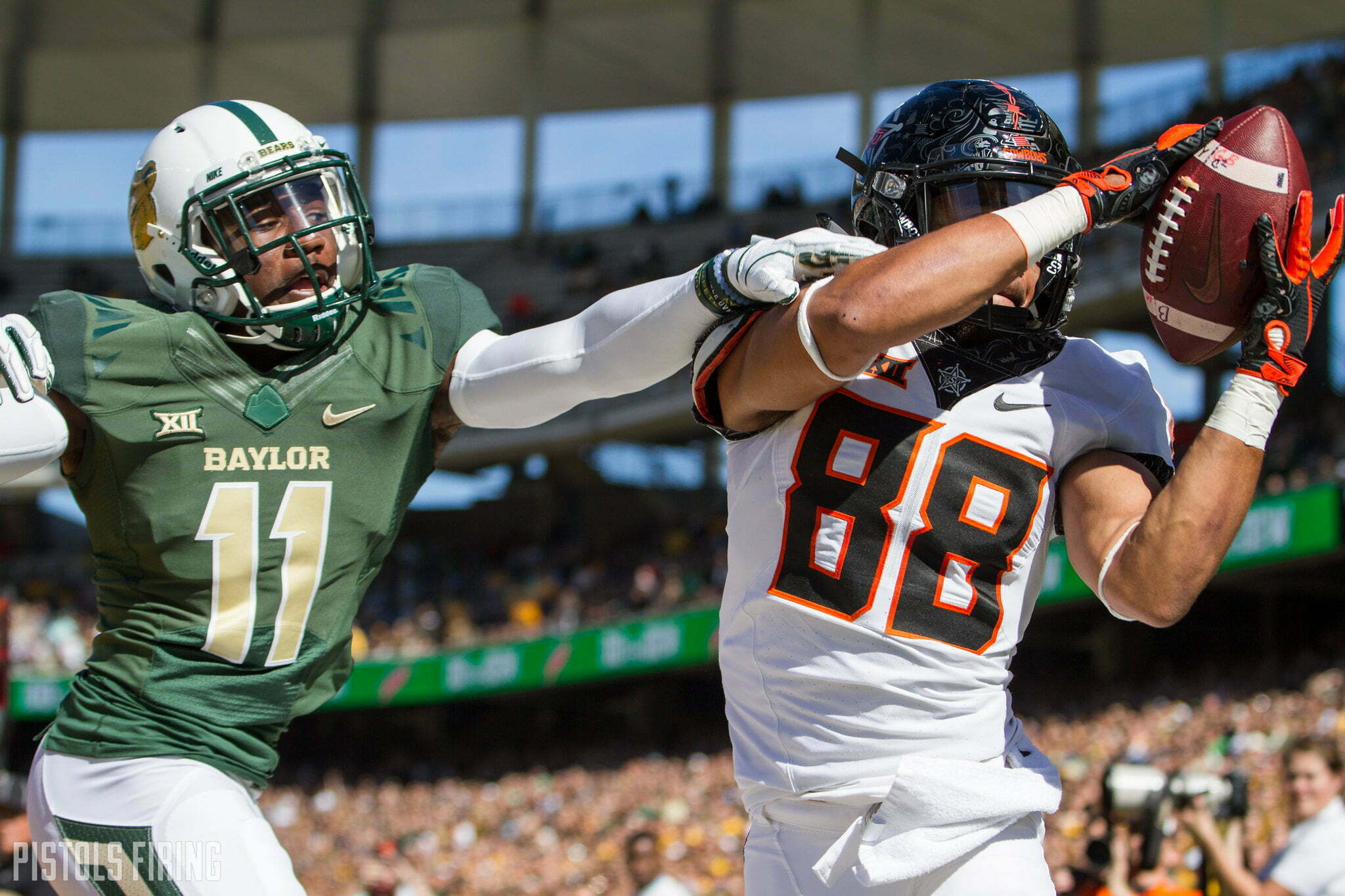 I was listening to this SVP-Russillo podcast recently in which they were jamming on college football and going back and forth on LSU, Ohio State and a variety of other teams and topics.

Aside: I don’t know that I’m trying to be friends with Russillo, but I really appreciate the way in which he talks about sports and the manner with which he presents things. I think it’s incredibly palatable and interesting to listen to.

Anyway, at one point Russillo said something like, It’s really difficult for us to see a 6 next to one team and a 20 next to the other and think the 20 is as good as or better than the 6, even though there’s a decent chance that’s the case depending on the teams, schedules and context.

It made me think about this weekend’s game between Oklahoma State and Baylor. The Bears come in 6-0 and tied for the conference lead with OU. A renaissance of sorts. And one that’s much more likable than the Art Briles-era Bears.

“They’re 6-0 to start with,” said Mike Gundy. “Obviously it’s not easy to get to 6-0. You’re seeing a quarterback that’s, I think he’s in his third year now. He’s matured. He’s playing well. He doesn’t make a lot of mistakes.

“They’ve been good for quite a while down there. They had a couple tough years when all the issues were going on down there, but they’ve still recruited good. They’re in a good location geographically to recruit. They’ve had good players there, and I think (Matt Rhule) does a nice job with coaching them from what I know. … I think the best way to sum it up is, they’re 6-0. No matter how you get to that point, it’s a good accomplishment.”

It is! But because they’re 6-0 and have a number next to their name whereas OSU does not doesn’t in any mean Baylor is better than Oklahoma State nor that it should beat Oklahoma State when the two teams clash this weekend in Stillwater.

2. Baylor, uh, maybe should not have beaten Tech: The Big 12 admitted recently that it may have made a boo boo at the end of the Tech-Baylor game last weekend. We get worked up about what records and rankings say about your value as a team instead of digging deeper. Related: Baylor needed a game-winning 38-yard field goal in the waning seconds to beat Iowa State at home. They’re two plays from being 4-2, just like OSU.

3. Baylor is without its star defender: An unfortunate reality.

Baylor is fine. They’re good. They’re in the third tier of Big 12 teams if OU is in Tier 1 and Texas is by itself in Tier 2. Iowa State is a Tier 3 team, Texas Tech and OSU are probably Tier 3 teams also. But there’s nothing about Baylor’s season that suggests it should beat OSU.

In fact, Vegas has actually gone the other way and said OSU should beat Baylor. Either way, this would be both teams’ best win on the year. I think you could argue that there’s more pressure on the Pokes though. Homecoming. A fade over the second half of the first half of the season. All those losses as a favorite.

Another loss here would drop OSU’s record to 17-10 as a favorite in the last three seasons. And while it wouldn’t be as big of a surprise as some of the others, don’t let the 0 in Baylor’s loss column fool you, this is a game — at home, after a bye week — OSU should come out and win.