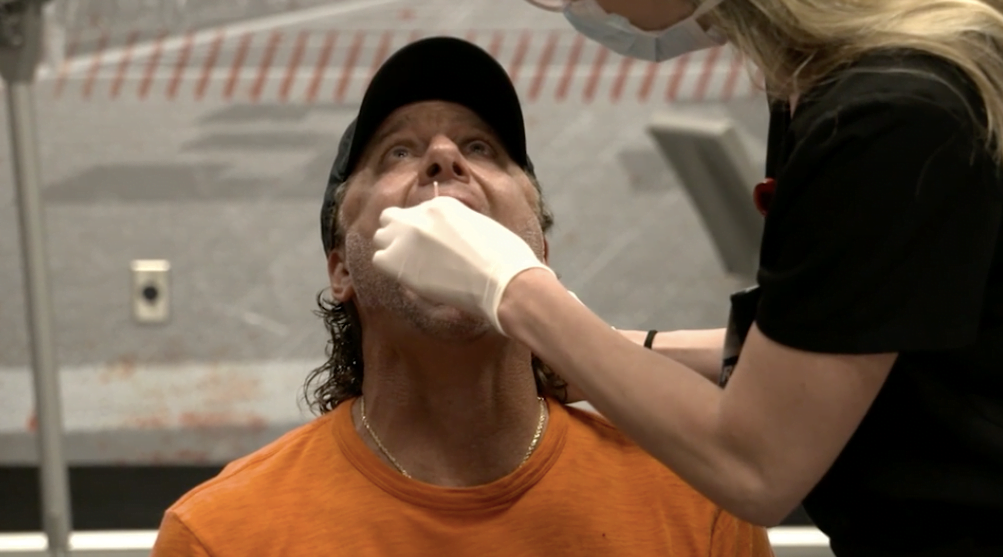 Episode number one of the ESPN+ documentary series ‘Our Time: Oklahoma State Football’ debuted Thursday spanning a weeks time — May 26 through June 3 — in which it documented behind-the-scenes footage of the first wave of football players returning to campus, Amen Ogbongbemiga testing positive for COVID-19 and several of the players using their platform to speak about social injustices in the wake of George Floyd’s murder.

Below is a notebook-y recap of the first episode. (This is where I insert SPOILER ALERT for those who haven’t yet seen the episode. So, SPOILERS AHEAD.)

• First, most immediate takeaway from the watch is a pretty optimistic one: Gundy stroke a tone of seriousness in talking with Dr. Val Gene Iven, OSU’s head team physician, about implementing and coordinating testing not for his players — which was already in place — but for his staff. Asking about policies, what the turnaround for testing is like, etc.

“We have to do everything we can to be over the top preventative,” said Gundy.

Asked some smart questions, too, including this: “Do you expect a percentage of the players to be positive [upon arrival]?”

• I’ve been around Kasey Dunn only a handful of times — most of which ended with me on the butt-whooping end of a golf scramble — but even in his short appearance on the show, it’s a great glimpse into why he’s such an electric personality who OSU players and staffers alike gravitate toward. He walks into COVID testing and upon seeing the nurse, he hits her with a, “What’s up?!” as if he’s reuniting with an old pal from middle school. Then he hit her with the James Bond-style, “DUNN, KASEY,” when he was asked his name. What a mensch.

• Chuba makes his first appearance on the show early, on a date stamped June 1. The ESPN+ crew will highlight him because, well, he’s Chuba stinkin’ Hubbard. But man, it’s hard to imagine the network hitting a bigger home run both in terms of personality and star power. He speaks with confidence and power and thoughtfulness. “You gotta do your part [with respect to] George Floyd and also with COVID-19,” he instructs, adding that he’s “still wearing my mask” despite more lax attitude toward the virus in Oklahoma as opposed to Baltimore, where he spent time with Justice Hill before the show’s airing.

• I’m really glad I took the 6-1 odds of Clint Eastwood being a central figure of Mike Gundy’s office decor. That was a no-brainer. 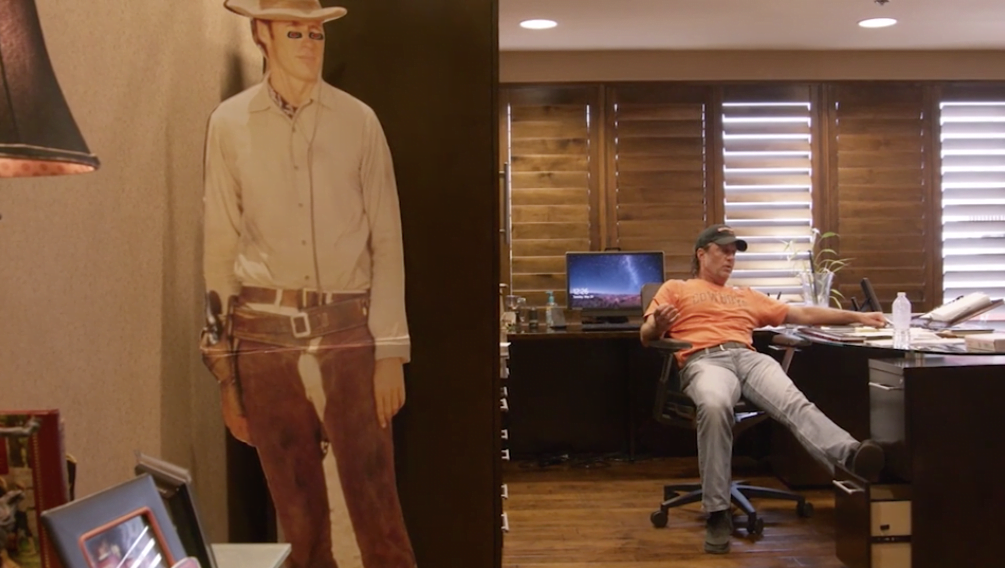 • I’ve seen the intrusive nose swabs for COVID testing and have thought that the mouth swab would be less … uncomfortable. Yet basically every mouth swab they showed OSU conducting ended with a tongue hurl and a near-gag. Guh. 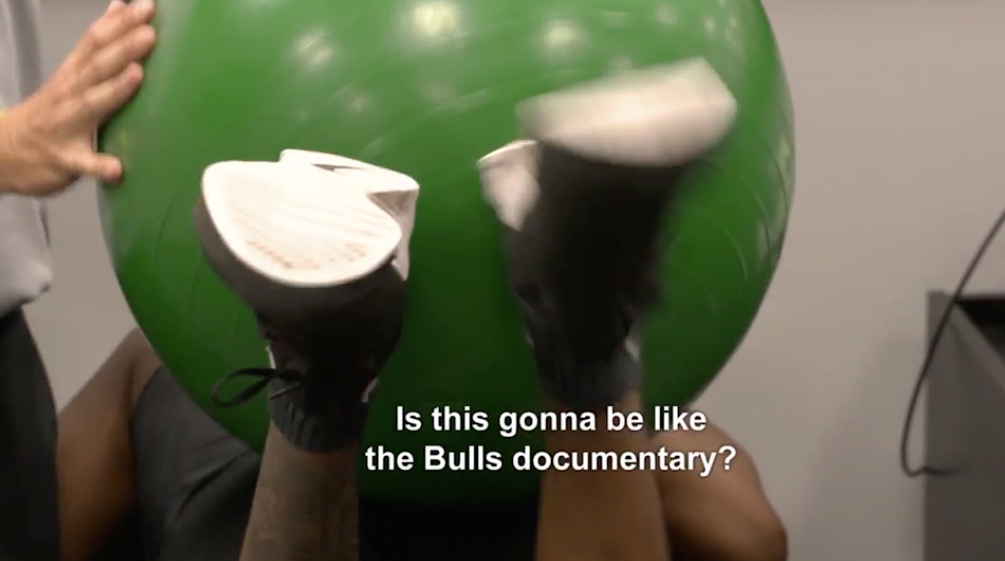 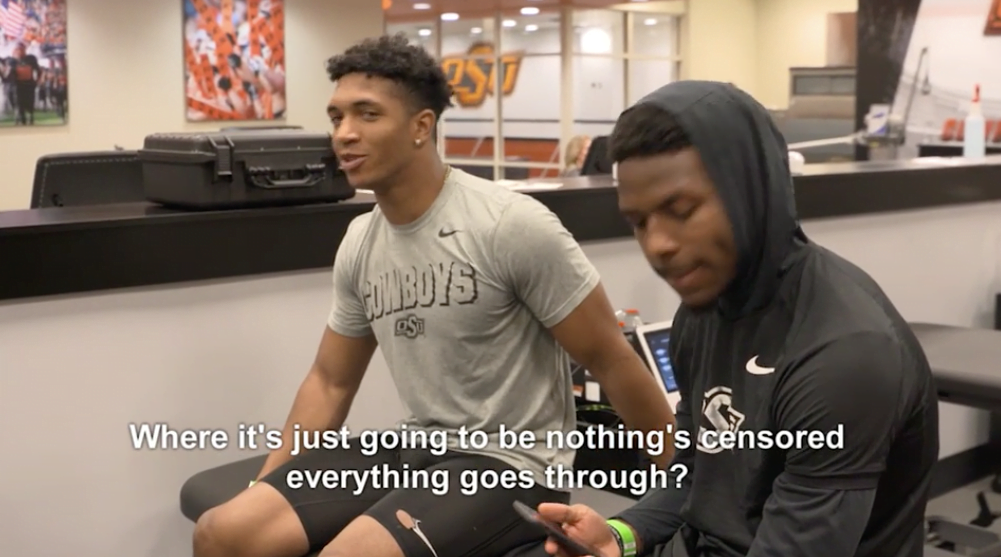 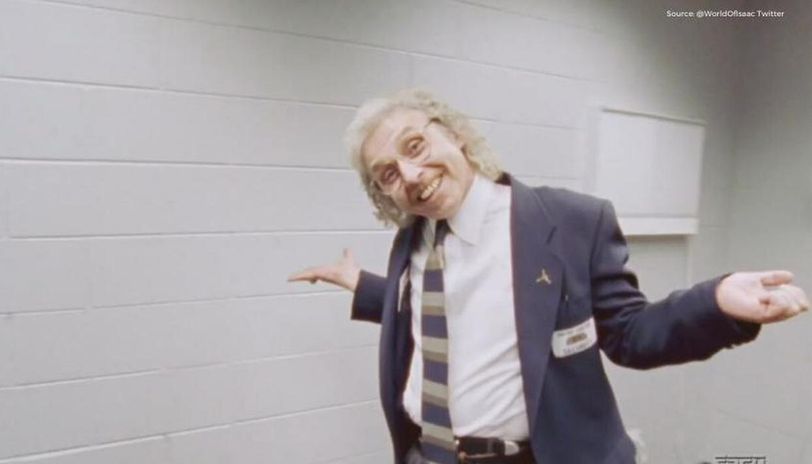 • Crazy timeline here ESPN+ laid out nicely: Amen talks about the virus on camera on May 31, saying he’s not personally concerned about COVID being too severe for the players in the locker room. The next scene was on June 3, showing Amen’s announcement that he tested positive.

• On June 2, Amen, who tested positive, was moved to an on-campus quarantine spot. (Side note: it looks like OSU really has its ducks in a row with a long process for how to handle positive cases by quarantining. Logistically, it seems challenging but they have great resources at their disposal to limit major outbreaks. This is a good sign.)

• This was day three for Amen with the virus. “I never thought I’d be the one to get the virus,” he says. “Trying my best to avoid the virus, trying not to let it overtake me.” 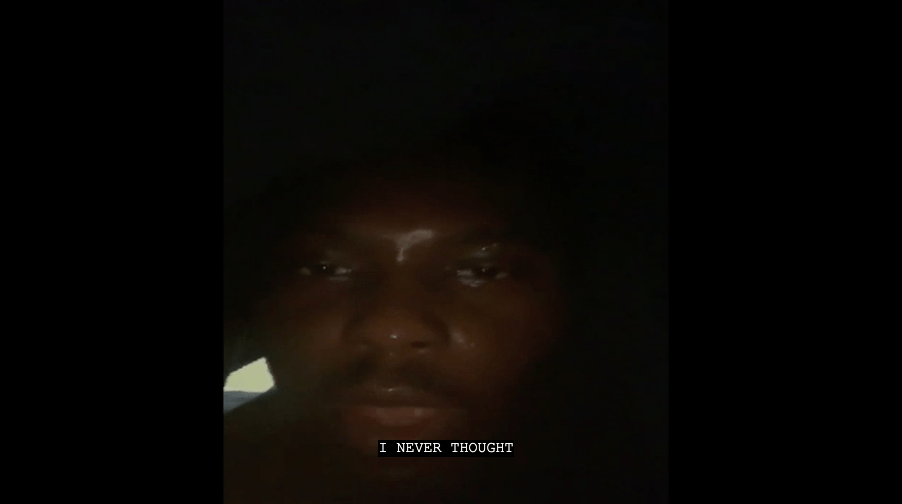 • Try and guess who is at Amen’s door while he was quarantining. (An unknown, masked fellow.)

• Powerful words from Amen here on why he attended the Black Lives Matter rally and why he feels the need to not only be a part of the movement, but to be a voice of the movement.

“I always try to be reasonable. I just feel as if people just sat down and took the time to understand and take some steps in someone else’s shoes, they’ll see what people are so mad about. I felt that with the position I’m in, I can help spread the awareness and help end what’s been going on in our country for so long. I just hope that one day, things like this don’t have to occur any more. But it’s going to take times like these to solve those problems. I’m proud of people in our country who are giving their voices and want their voices to be heard. It’s time for change, and I truly believe that.”