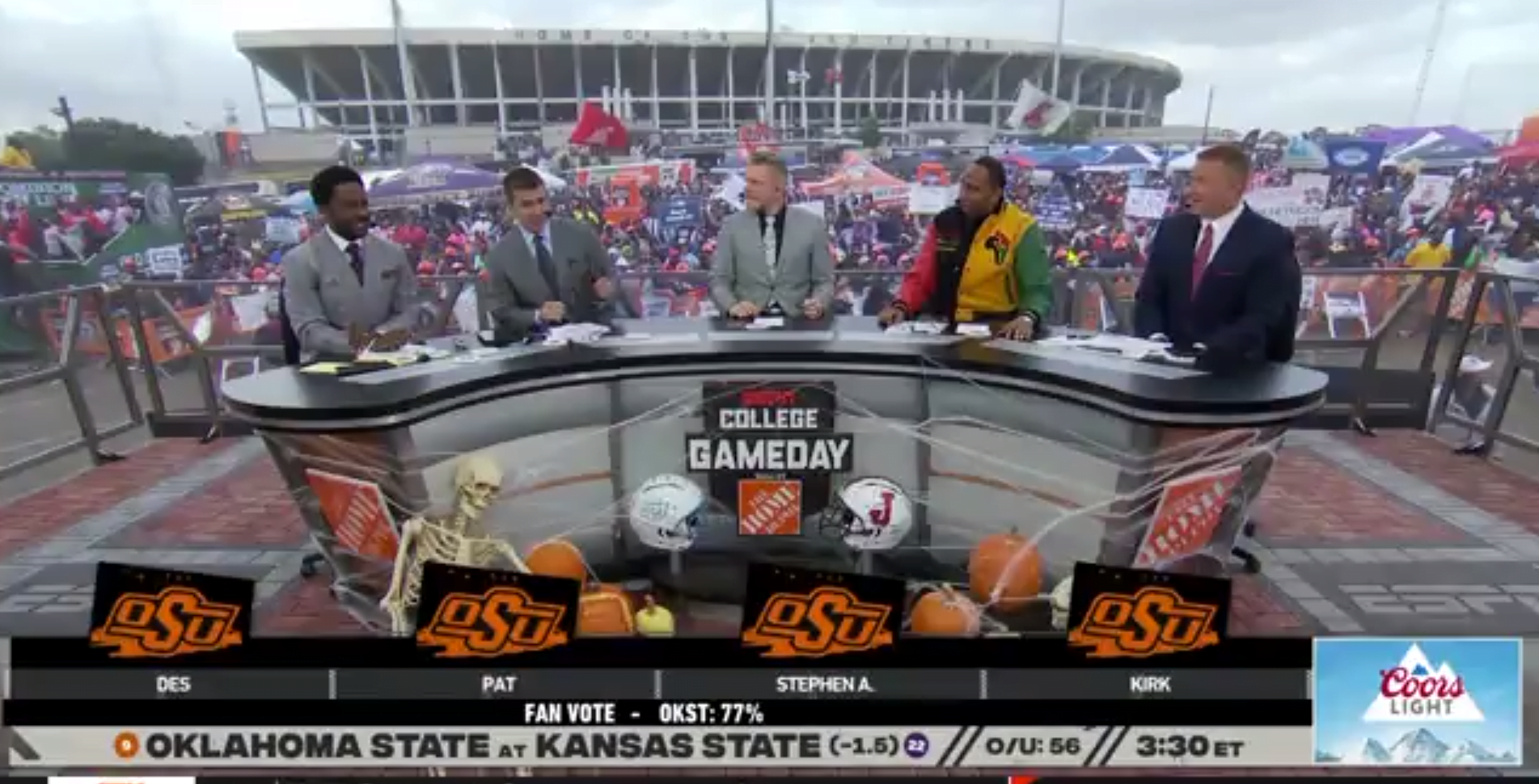 A week after the ESPN panel voted heavily against a Cowboys’ win, the College GameDay crew is all-OSU.

“I love their receivers and Spender Sanders, he’s still playing at a high level.”

Pat McAfee concurred. “Hey, he’s an incredible football player,” said McAfee of Sanders. “Beating Texas a week ago. I think that was good vibes, ride ’em high, see what you can be. Give me the Pokes.”

Celebrity guest picker Stephen A. Smith was also on board with OSU and for a straightforward reason.

“I’m rolling with the team that can put up points. Oklahoma State, that’s what I’m going with. Kansas State’s got to show me something else.”

“Manhattan, Kansas State is a tough place to play but you’ve got to give it to Mike Gundy.” Herbie went on to laud Gundy and OSU’s ability to win in different ways so far this season. He also gave some credit to Sanders and his ability to play well through injuries so far this year.

The Cowboys and Wildcats will kick off in the Little Apple at 2:30 p.m. CST.