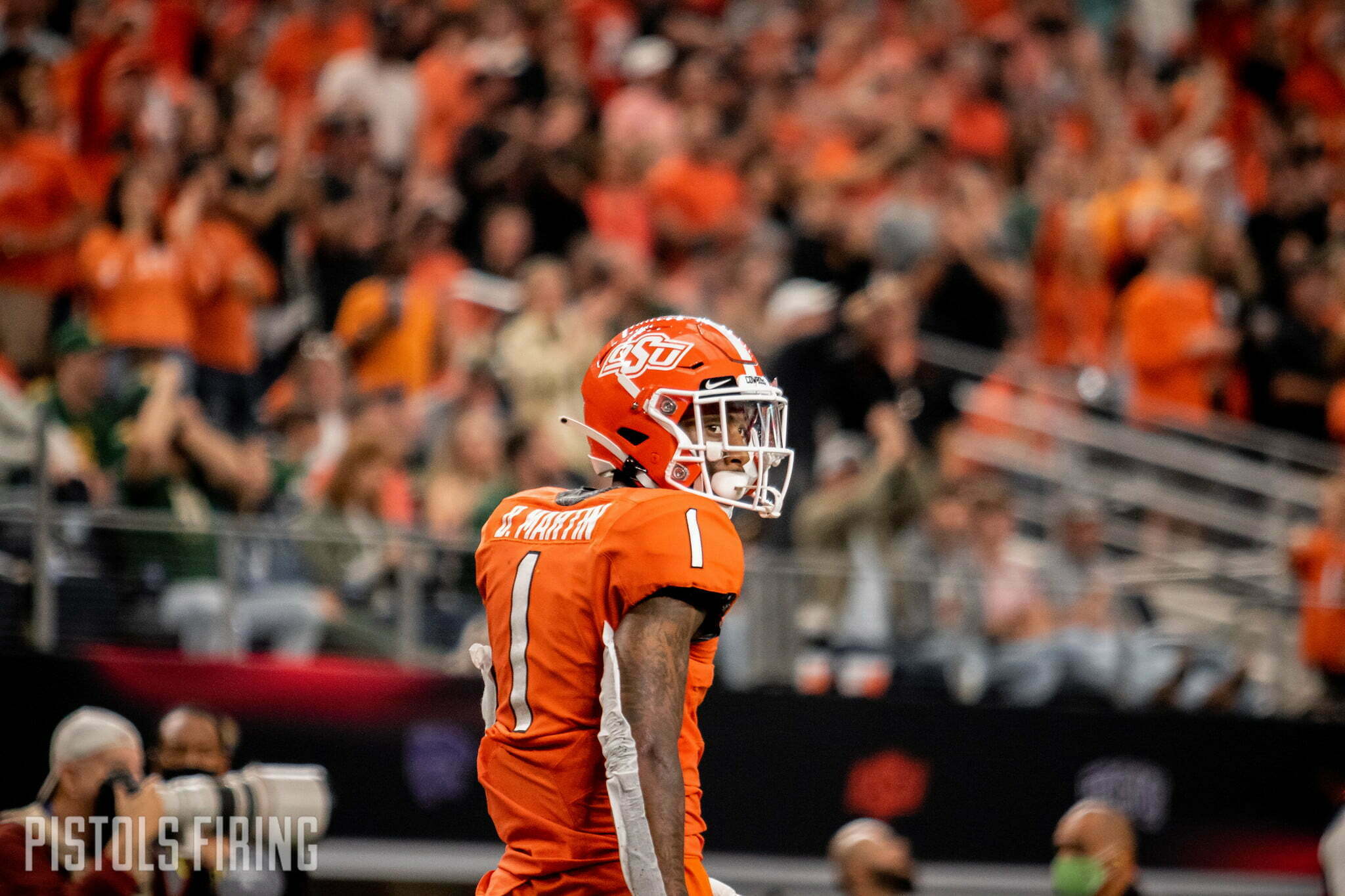 On New Year’s Day, No. 9 Oklahoma State will take on No. 5 Notre Dame in the PlayStation Fiesta Bowl. It will be the first meeting between the two programs but neither is a stranger to the bowl game in the desert.

But when things kick off on noon central time Saturday, the past won’t matter. On Friday, the Pistols Firing staff convened to discuss our predictions for the NY6 bowl.

Thoughts: I honestly have no clue how this one plays out because I don’t know how to judge Notre Dame. But in the end, I’ll give OSU the edge because the Irish are without leading rusher Kyren Williams and All-American safety Kyle Hamilton. Plus, Gundy always seems to have a few tricks up his sleeves in bowl games.

Thoughts: The return of Jaylen Warren should prove huge not only to Spencer Sanders and the offense, but the ability to chew up clock and control the ground game will give OSU’s defense some much-needed support. Then you just pin your ears back and make Jack Coan try to beat you. The departure of Jim Knowles is concerning to me more long-term than it is on Saturday. His system, staff and, most importantly, veteran talent is still in tact.