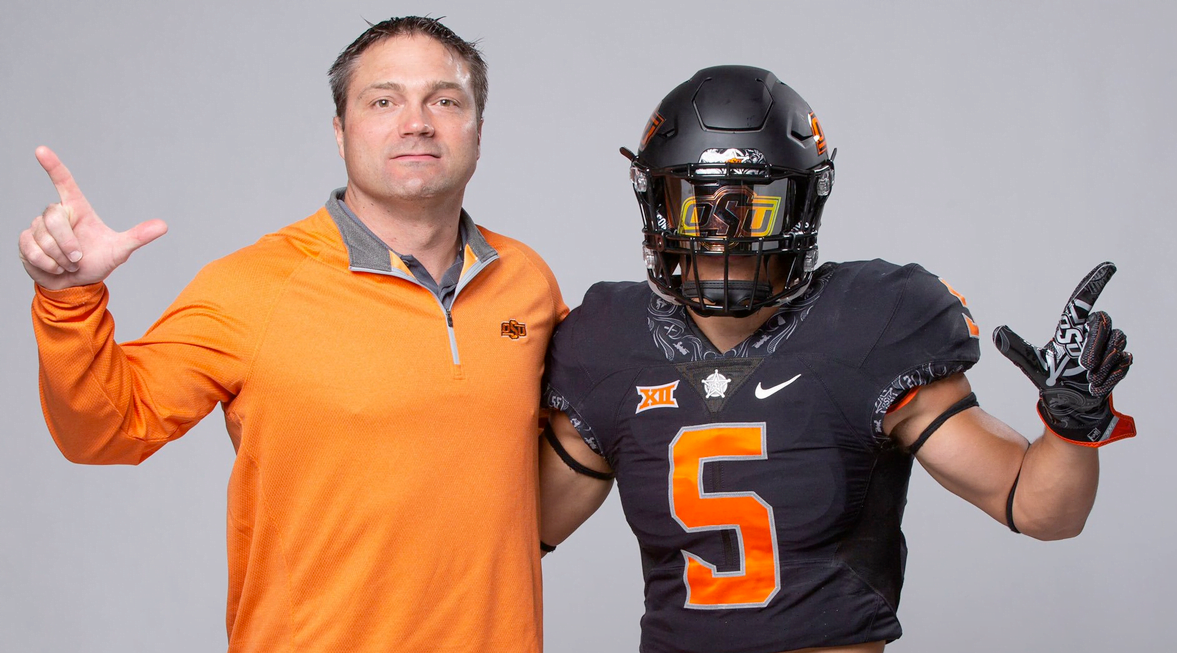 It was a big weekend for the Oklahoma State football program. In a (completely predictable) blowout win over Kansas, the coaching staff showed foresight by making sure some of the biggest commitments in this class were on hand to watch it all go down.

Nearly half a dozen commitments saw the beatdown live, and many more recruits on unofficial visits joined them. Here’s a look at the commitments who were in town, along with a few names of note who joined them, via GoPokes.com.

Zach Middleton, ATH: Middleton’s high school career is over after sustaining a season-ending injury earlier this year, but his speed and ball-hawking skills have long been valuable traits to OSU. He committed in May and is expected to play safety at OSU, despite an illustrious career for Bishop Kelley as its primary ball carrier. He’s a 5-9, 190-pound athlete who brings a ton of versatility to the table.

Jordan Reagan, CB: People talk so much about what Bixby WR (and OSU commit) Brennan Presley that they overlook his teammate, Jordan Reagan, who is quietly having a strong senior season for Bixby as well. At 6-2, 180, he’s got great size and looks like one of the most talented incoming defensive backs in this class.

Quinton Stewart, TE: A 6-foot-4, 230-pound tight end from Salina, Kansas, Stewart pledged to OSU in the summer over Iowa State and Kansas. He’s the only incoming player at the position thus far, though recent offers suggest OSU may also be looking to bring in a preferred walk-on at the position in addition to Stewart.

Nicolas Session, LB/S: The only non-commit on this list, but a notable one nonetheless. The Utah State commit was making his official visit to Stillwater despite a pledge to the Aggies earlier this summer. He’s a 6-foot, 185-pound safety/linebacker. Right now it’s unclear if OSU has offered, but an official visit despite a commitment can be risky business — that shows, perhaps, just how serious this visit could be. There’s clear interest from both parties.