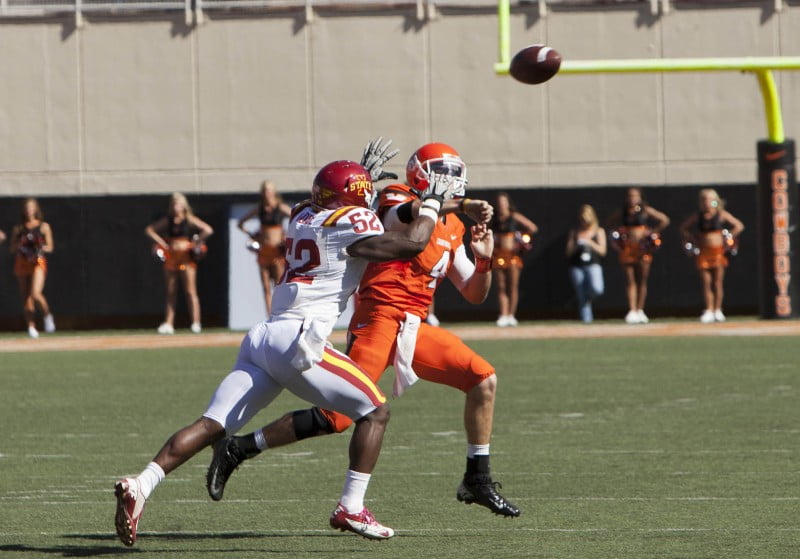 1. The team that leads at half will win – OSU is 48-6 under Gundy when it leads at half and Kansas State is 151-5 (!) under Snyder. This is good news for OSU because it has outscored its opponents by 92 in the first half compared to only 56 in the second.

2. Collin Klein will turn the ball over – The dude hasn’t coughed it up in conference play yet in 182 touches.

3. Blake Jackson will have 150 yards receiving – Kansas State actually gives up a lot of passing yards per attempt (6.32 compared to OSU’s 6.0) and Jackson is ready for his national introduction after meeting Wes Lunt at halftime last week.

4. OSU will run more than one trick play – Monken (or possibly Gundy) insinuated as much earlier in the week when he said OSU has more of them in the playbook this year but just hasn’t found the right spot for them. Seems like “on the road at night against #2 for the driver’s seat in the Big 12 title race” qualifies as “the right spot.”

5. Kansas State will win – Crazy, I know, but I think it’ll be tight like last year. 42-37 ‘Cats in a much more watchable game than the one on CBS.