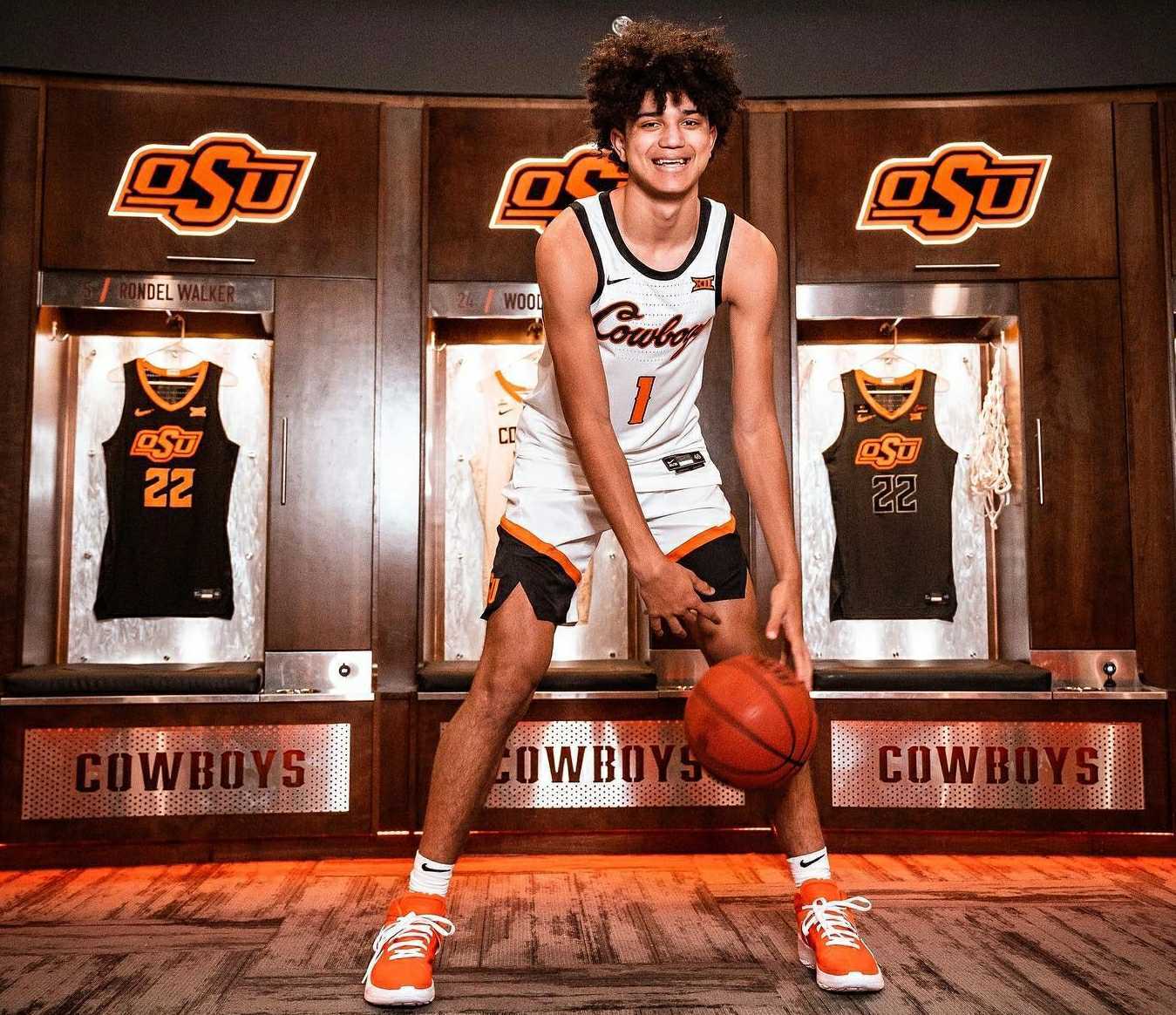 After months of speculation, Anthony Black will announce his college decision Monday in the leadup to the McDonald’s All-American game.

Black, a five-star point guard, will pick among Oklahoma State, Gonzaga, Arkansas, TCU and the NBA G League. He announced his commitment date in a creative video Tuesday.

A 6-foot-7 point guard from Duncanville High School in Texas, Black is the No. 22 player in all of the 2022 class, according to the composite rankings. With his size and ability, Black has drawn comparisons to No. 1 NBA Draft pick Cade Cunningham.

Here is what 247Sports analyst Eric Bossi said of Black in February:

From a scouting standpoint, Black has been very intriguing since we were first able to see him about two years ago. In early viewings he showed good size, good length and he moved extremely well for a young perimeter player with plus size. Though we didn’t initially see him as a point guard, his playmaking instincts and passing ability also stood out along with his ability to push things in transition while having versatility on the defensive end. He lacked strength and the jumper was a question mark, but clearly something was there.

As time as passed and Black nears the completion of his senior year, he’s been able to transition to full time point guard. He makes tremendous reads out of the pick and roll. He has become much more explosive attacking the basket. He rebounds well for the position and when he’s locked in Black is capable of effectively defending pretty much any position at the high school level. His jump shot still needs some fine tuning and by getting more reps he’ll build more trust in that. However, he’s developed floaters, pull-ups and more creative finishes around the basket to help keep defenses on their heels. Yes he still needs more strength, but he’s been filling out nicely and should take off in a college weight room.

While long term the idea is that he continues to develop as a point guard, Black could realistically play any perimeter position and be effective. From day one he can get to the rim, he can get to the free throw line and he can make a team much better at moving the ball. Whether it be college or the G League, he probably shouldn’t be expected to be a big time scorer, but he can certainly score and the key is that his presence on the floor will make it easier for his team to score. As he continues to improve his deep jump shooting, those individual scoring numbers could rise quickly.

OSU has long thought to be involved with Black and for much of his recruitment has been thought to be the favorite, but things have become more unclear as the process has drug out. On Oct. 25, Jerry Meyer, 247Sports’ director of basketball scouting, predicted Black would end up in Stillwater. But as of late, the tide has seemed to have shifted in Gonzaga’s favor. Rivals’ national basketball analyst Travis Graf predicted Black to end up in Gonzaga on Friday, and Rob Cassidy, also of Rivals, flipped his pick from OSU to Gonzaga on Tuesday.

It’s been a rollercoaster to follow from the outside. Black is the second-highest ranked uncommitted prospect of the 2022 class after Julian Phillips was granted his release from LSU after the Tigers’ coaching change.

If Black did choose OSU, he would be the seventh-highest ranked commit in program history behind Cunningham, Gerald Green, Le’Bryan Nash, Marcus Smart, Keith Brumbaugh and Byron Eaton.