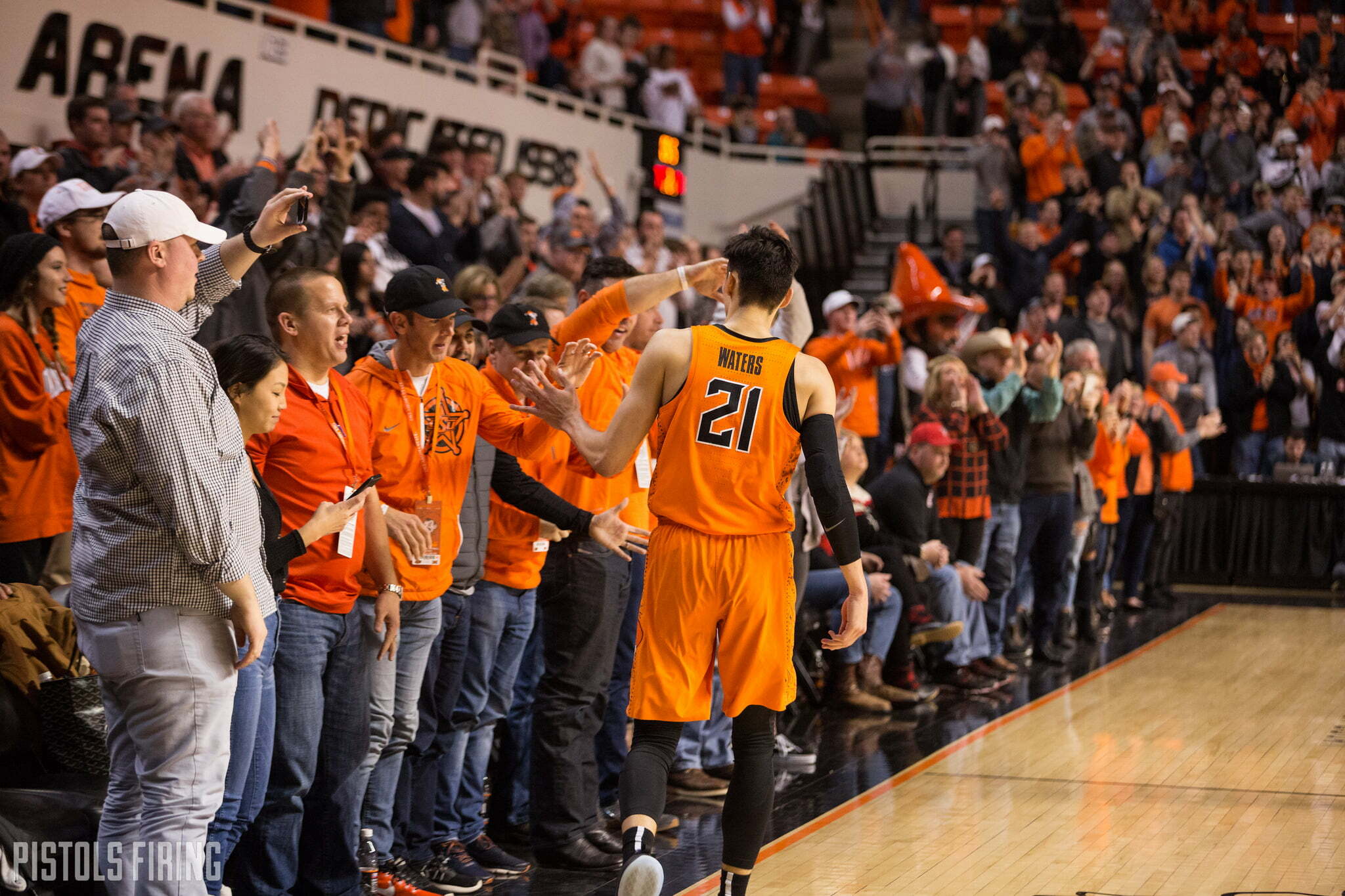 Mike Boynton and the Oklahoma State basketball team will host their media day Thursday before the team tips off its season with an exhibition against Ouachita Baptist on Nov. 4.

These are OSU’s leading scorers from last season:

Notice that Lindy Waters is the only person on that list on this year’s team.

The Cowboys have formidable suitors to replace the production they’ve lost, whether it be team captains Lindy Waters, Cameron McGriff and Thomas Dziagwa. Other options include freshman guard Isaac Likekele and transfer Curtis Jones, who won’t be able to play until the end of the semester.

Michael Weathers was also thought to be a major contributor on the offensive end, but after his grand larceny charge in Septemeber, his future with the team is uncertain.

How good is Isaac Likekele?

Without Kendall Smith or Brandon Averette — and with no Michael Weathers for the time being — OSU needs a ball handler.

Boynton was able to add some experience in grad transfer point guard Mike Cunningham, but one of the more intriguing developments through the summer has been freshman guard Isaac Likekele.

Likekele is a 6-foot-4 point guard who joined OSU as a three-star prospect with his only other Power Five offer being Texas Tech. Since he’s been in Stillwater, though, Likelele has raise some eyebrows.

“Isaac Likekele has really separated himself from the other freshmen,” Boynton said Sunday.

Without Weathers, Likekele and Cunningham are likely competing for a spot in the starting five, but Boynton is going to need both to play a big role this season.

Which Freshmen Big Will Step Up?

Cameron McGriff is the only true post player on the squad that has Big 12 experience, and unless Boynton wants to play small and run McGriff, who’s 6-7, at center, one of those freshman will be in the starting lineup.

Jones and Anei are the two likely culprits, but Boynton did mention Calloo and Demuth’s progression at the team’s open practice in Oklahoma City on Sunday.

Nobody is going to question Jones’ work ethic. Since being on campus, Jones has cut 52 pounds as of about three weeks ago. Jones was a three-star prospect who was originally committed to Xavier before flipping to OSU.

Anei, also a three-star prospect, brings length that will help the Cowboys defensively. During a scrimmage at Sunday’s practice, Jones had the ball on the block and turned for a hook shot that Anei stuffed.

How Will Michael Weathers’ Situation Play Out?

Michael Weathers’ name has made it in other points here, so his absence is a big deal.

He has run the OSU scout team for what feels like two years now, waiting to get on the floor, but, for now, he’ll have to continue to wait. He might never get the opportunity.

Boynton spoke about Weathers on Sunday. In short, Weathers is still suspended from team activities, but Boynton said he hasn’t abandoned Weathers.

Will the FBI Investigation Affect the Program Further?

With the FBI’s probe into collegiate basketball making its way back in the news with court hearings, OSU continues to be mentioned.

On Oct. 4, Brian Bowen Sr., the father of former five-star prospect Brian Bowen, testified that his son was offered $150,000, $8,000 for a car and more money to go toward housing to go to OSU through former assistant coach Lamont Evans.

With trials ongoing, nothing more has been pointed in OSU’s direction. Here is what Boynton said about it all Sunday:

“I don’t have anything new to add in terms of that,” Boynton said. “I don’t know anything about the specifics of what they’re talking about. Obviously, we’re following it like everybody else, and if something comes up that we have to deal with, we will.

“At this point, we’re operating business as usual. Going about the business of preparing for a season and getting a bunch of young guys, who certainly had no involvement in it, ready to play their first season of college basketball.”