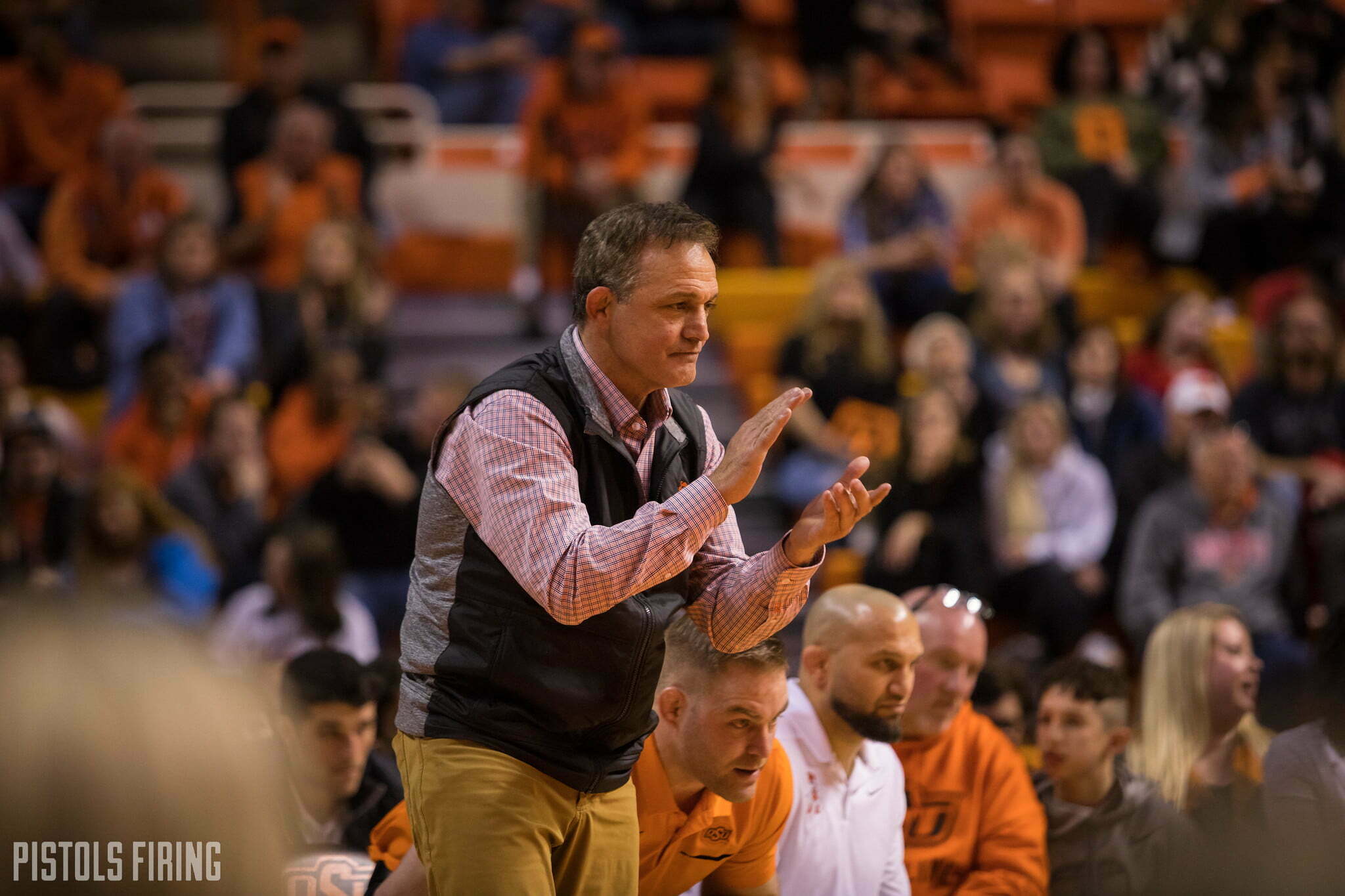 John Smith, Daton Fix, Travis Wittlake and Dakota Geer met with the media on Wednesday, and Marshall Scott was there to take it all in.

Here are my five biggest takeaways from what they had to say.

1. John Smith likes what he’s getting out of Carter Young and Victor Voinovich

“I feel real good about those two (Young and Voinovich) and where they’re at right now.” This was Smith’s response when asked if any true freshmen had a chance to start right away. Young has an apparent shot at 141, and Voinovich at 149. According to Smith, those are “key weights” for the Cowboys this season.

Travis Wittlake and Dakota Geer mentioned that they have been impressed by Voinovich as well.

John was asked about Luke Surber’s move up to heavyweight and what it means. From there, he had a few positive things to say about all three contenders for the job with Surber, Konner Doucet and returning starter Austin Harris.

“The nice thing about wrestling is two guys get to wrestle and show us who’s going to start,” Smith said. “I don’t have to pick anyone”

That’s how this one will be decided and that will take place in about a week and a half.

Smith mentioned a few different possibilities at 125, 141 and 149 that could all start and those spots still seem up for grabs as well.

3. OSU’s first open tournament will be at Little Rock, but probably won’t have starters

Smith was asked what, if any, open tournaments OSU will hit this year. He said the first one will most likely be at Little Rock on Nov. 6 at the Trojan Open. He said they will probably not send starters, and their first competition will be at Stanford. But this will be one of those first opportunities to see some of the younger guys compete. And as mentioned above, it sounds like most of the lineup-type guys will be in the room ranking that weekend.

4. Smith “feels good” about the prospect of women’s wrestling at OSU, but has to leave it up to the administration

“You need some things in place before that exists … and we’re working towards that. I’d be out of place saying any more than that, but I feel good about it. I feel really good about it.”

5. Dakota Geer says the weight cut was a big deciding factor in coming back for a fifth year

The weight cut is “a little intense,” according to Dakota Geer.

“Overall, I’m happy to be back, the reason I was hesitant was because of the weight cut,” Geer said. “I let my weight get pretty high this summer, that was the toughest thing … but I’m getting close now and having more fun with it than worrying about my weight.”