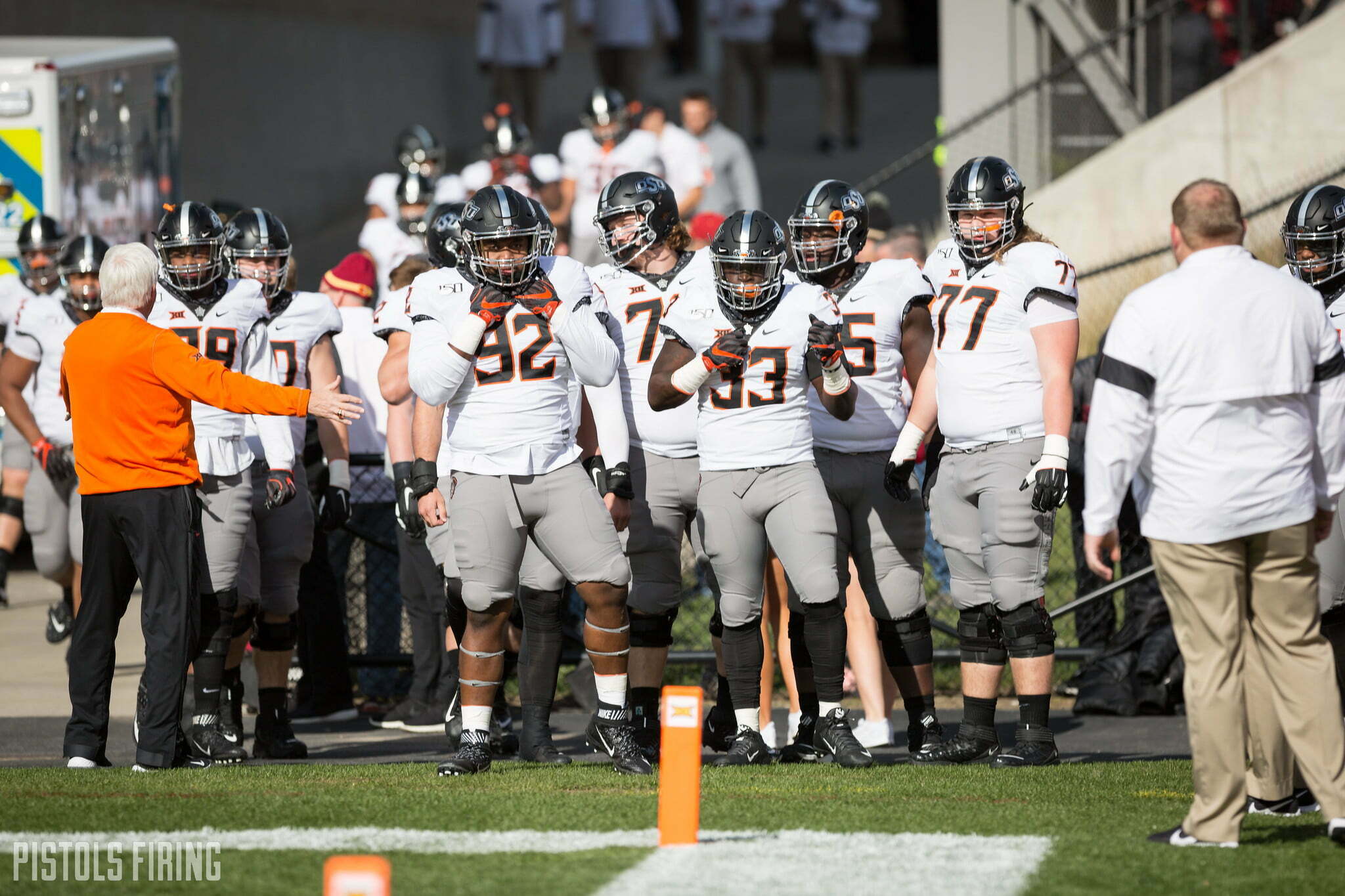 This one is going to be tough to believe, but there is a non-Tylan Wallace-related Oklahoma State football event happening this weekend in Stillwater. OSU will play TCU without its best (second-best) player, who tore his ACL earlier this week and may have played his last game in an Oklahoma State uniform.

Anyway, here are five things to know about this 2-win Big 12 teams this weekend as both fight for status in a league with the biggest middle class in CFB.

1. The march to 300: After this weekend, these two coaches will have a combined 198 victories. Mike Gundy ranks No. 104 all time with 126 CFB wins, and Gary Patterson ranks 40th with 171. Combined at 297 they would be the fifth-winningest coach ever. They’re also both unique because all of their wins have come at the school where they currently coach. 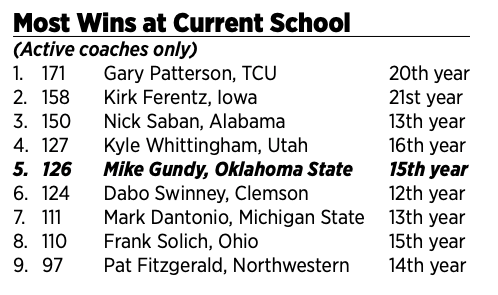 2. All (and none of) the first downs: Maybe the biggest statistical disparity here between these two teams comes in first downs given up. TCU has allowed 97. OSU has allowed 172 (112 of those came against Baylor). The Frogs are No. 1 in the country in this category. OSU is No. 89.

4. Ground pound: Nobody in the Big 12 likes to rush it like these two teams like to rush it. They combine to run the ball 91 times a game and are two of the three teams inthe conference that average 40+ rushes a game (OSU is at 47, TCU is at 44). The Pokes, by the way, are eighth nationally in total rushes and within 100 of Air Force, which is an absolute dream for Gundy.

5. Wild Chuba stat: Wonders never cease. You can’t turn around in OSU world without running into an insane number attached to Chuba’s name. Here are the most prolific rushers through eight games in a single season since 2000.