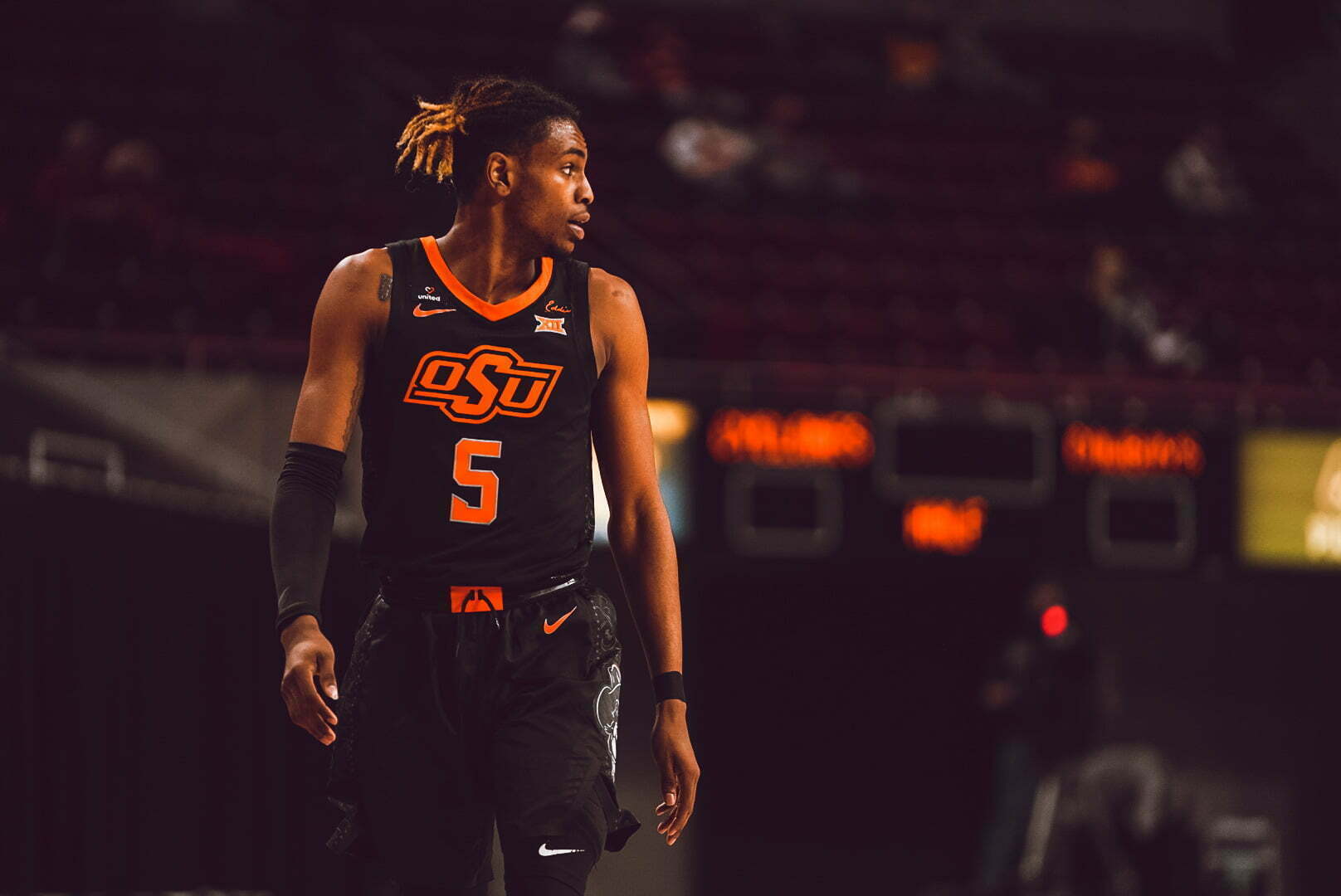 Oklahoma State is set to host the Big 12’s worst team on Tuesday afternoon, but there’s reason to believe it won’t be a walk in the park. Here are five things to know about Oklahoma State’s home tilt against Iowa State.

The originally scheduled 7 p.m. tipoff was moved to 3 p.m. due to the potential of heavy snowfall that’s expected in Stillwater and across the state.

As of the latest forecast I’m seeing, it looks like snow accumulations ramp up right at 3 p.m. in Stillwater (per The Weather Channel) so keep an eye that. It’s also worth noting that on Monday the Cyclones postponed their home bout with Texas, a game that was rescheduled to this coming Thursday, due to inclement weather in Ames.

2. Cowboys Still Not at Full Strength, But Getting Stronger

Isaac Likekele was available but sat during the Cowboys’ 67-60 win over Kansas State on Saturday. Mike Boynton claimed he was available in case of emergency, but this two-game stretch (against Nos. 9 and 10 in the league) made for a good time to rest the Pokes’ floor general and his ailing foot.

If Likekele sits again on Tuesday, expect to see more from the likes of Rondel Walker and Avery Anderson, budding underclassmen who continue to impress. In Likekele’s stead on Saturday, Walker scored 10 points, grabbed six boards and three steals in his first career start. As the Cowboys “others” continue to gain confidence, it should pay off down the stretch and in March.

3. Tough Sledding for the Cyclones

And no, I’m not talking about the team bus trudging through a snow-packed Hall of Fame Ave toward GIA.

Iowa State has yet to win a power conference game and is 0-11 in Big 12 play, but it’s not for lack of trying. The Cyclones have frequently been a tough W to earn, and their slate has been anything but a cake walk.

This year, ISU became just the second team since 1996-97 to play four of its first eight games against Top 10 opponents. Every Big 12 team has a tough schedule, but the Cyclones have had the toughest coming in at No. 11 in strength of schedule per KenPom. For reference, OSU is 44th.

Iowa State has suffered its blowouts (including a 21-point beatdown by the Cowboys this year), but the Cyclones have kept it close with some of the better teams in the league.

The Cyclones lost by six to Texas in Austin, by five to West Virginia in Morgantown and by four to the Mountaineers at home. They played Oklahoma tough in Norman (a seven-point loss) and lost by three at TCU.

Regardless of record, the Cowboys and ‘Clones always seem to keep it close (again, before this year). The games have come down to single-digit affairs in 11 of the last 18 meetings. A win by the Cowboys on Tuesday would even the two programs’ series at 65 wins apiece.

The Cowboys and the Cyclones currently sit atop the Big 12 in average turnovers per game. OSU leads the conference at 15.6, and ISU a tick behind at 15.3.

The Cowboys have averaged a tick over 18 TOs per game over their last three. The Cowboys allowed 27 points off of turnovers in Saturday’s win to Kansas State. Fortunately, Iowa State is in the bottom half of the league in forced turnovers per game. Unfortunately, both teams are Nos. 9 and 10 in turnover margin so far this year.

While the Cyclones will be fighting for their first Big 12 win, the Cowboys are fighting to secure a spot at the Big Dance. The Pokes are currently projected as a single-digit seed come March, but that can change if they fall apart down the stretch. And it’s going to be a tough stretch.

In the remaining four games on OSU’s slate (and yet to be rescheduled trip to Morgantown), the Cowboys won’t face a team outside of the Top 15 according to the AP’s latest poll. If there’s any on-court opportunity to work out the bugs, Tuesday’s game the time.