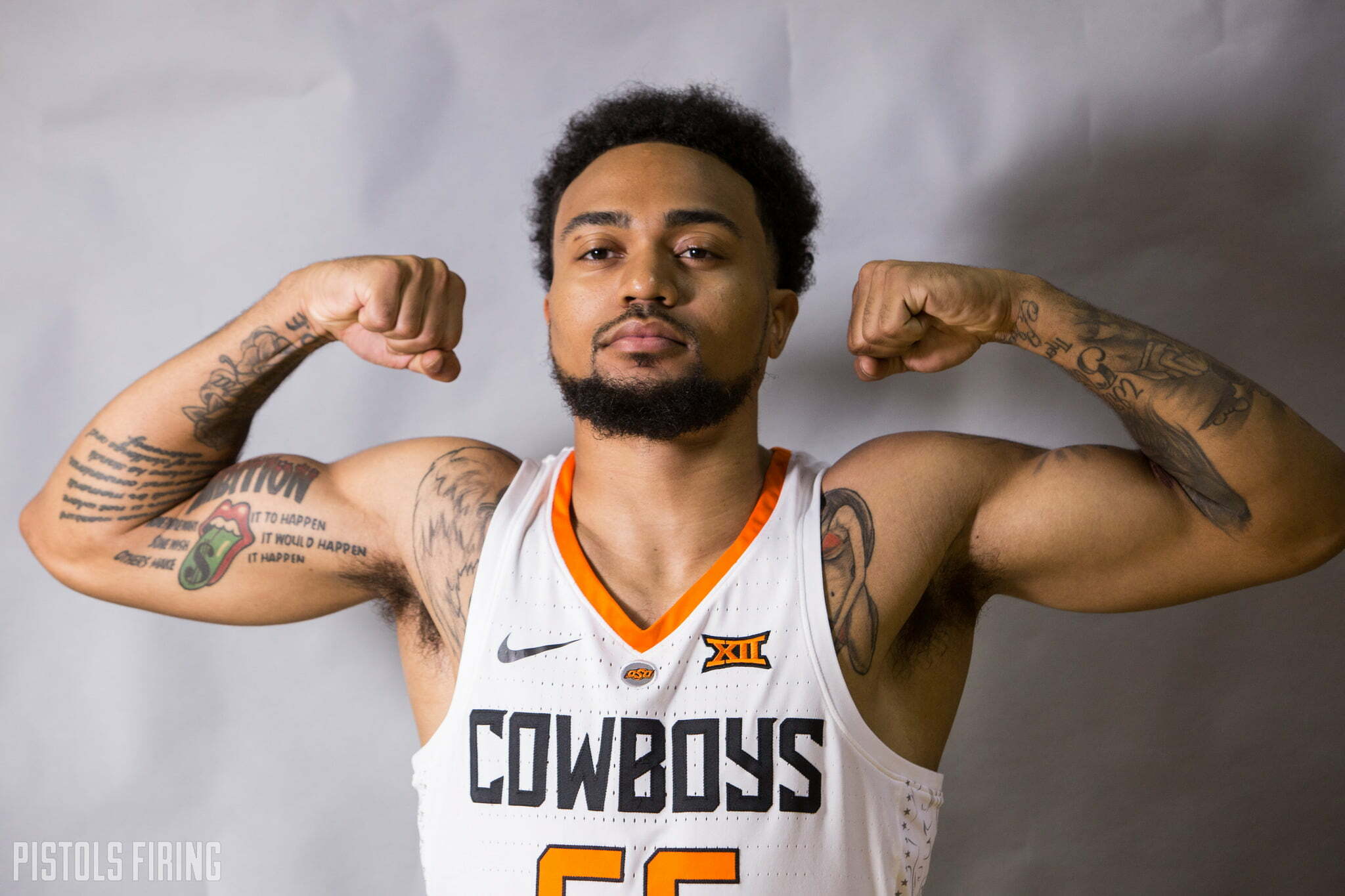 Villanova defeated Oklahoma State 77-58 on Friday in the semifinals of the AdvoCare Invitational. The Wildcats hit 16 3-pointers against the Cowboys and controlled the tempo throughout the game.

Nova’s Eric Paschall scored a game-high 22 points on 62-percent shooting. He had 20 points at halftime after going 6-for-7 from 3-point range.

The Cowboys will play in the tournament’s third-place game against either Florida State or LSU on Sunday. Here are some thoughts from the Cowboys’ second loss this season.

U8 timeout: Villanova 32, #OKState 18. Cowboys getting killed by Eric Paschall. Not getting stops, meaning OSU can't run, meaning its halfcourt offense is getting exposed a bit.

OSU likes to get get a rebound, whip a quick outlet pass down the floor and get a shot up in the first 10 seconds of the shot clock, and when an opposing team shoots 43 percent from the field like Villanova did, that shuts everything down because OSU had to pick the ball out of its net and meet a set up defense on the other end of the floor.

An impressive stat from it, though, is despite the Cowboys being uncomfortable in the half court, OSU won the turnover battle 13-10.

2. Back Down to Earth

For the first time since the Charlotte game, OSU looked like a team with six freshman on its roster.

Thursday, the Cowboys looked like a Top 25 team. At times Friday, they looked like the preseason last place team in the Big 12.

The Cowboys half dozen freshmen combined for 47 minutes and 11 points. Yor Anei did the majority of that, scoring nine points, seven of which came in the second half. Duncan Demuth started for the third straight game. He doesn’t have a field goal make in the tournament and has only one rebound. Demuth does a lot of things that won’t end up in the box score primarily revolving around defensive positioning, but he played only six minutes against Villanova.

Mike “Chico” Cunningham played in only his second game of the season Friday, after dealing with a hamstring injury before the Orlando trip, but his impact is already evident.

It looks as if Boynton has an embarrassment of riches at point guard right now with a promising Isaac Likekele, an explosive Michael Weathers and now a veteran Cunningham.

Cunningham had an OSU-high 15 points Friday. All of his points came from 3, as Cunningham was a nice 5-of-10 from deep.

So far in his OSU career, Cunningham is 7-of-14 from 3, and he has totaled 23 points through his first two games.

4. They Didn’t Just Roll Over

The Cowboys trailed by as many as 25, but in the second half OSU cut that lead to 13 on three occasions.

Seeing a young team watching the opposition not miss a shot but not give up is a good sign. It’s especially good considering the Pokes have to play again on Sunday. The Cowboys don’t have much time to feel sorry for themselves.

Every moment was used to gain experience for OSU, which is 312th (of 353) in the country in terms of experience. Despite the wide margin, Boynton kept his key contributors in the game. Neither Trey Reeves or Luke Major got on the floor, and Maurice Calloo and Kentrevious Jones each played only five minutes.

The Cowboys aren’t bad at free throws, but they are definitely inconsistent.

OSU was 6-for-11 (55 percent) from the stripe Friday, a day removed from going 20-for-26 (77 percent) in the same gym. It’s another thing that is likely due to inexperience. There isn’t a player on OSU’s roster I’d point to as a bad shooter, but at the line, that doesn’t always prove itself.

Weathers had a rough 0-for-3 day from the free-throw line, but Cameron McGriff has been awesome from the line all season, going 20-for-26.