OSU’s uniform choices have been pretty bland this year — though the one against Baylor was an all-timer — but it has a chance to make up for everything with a big Bedlam fashion statement.

My buddy Carson Cunningham thinks all-blacks are in the cards but I think OSU is saving that for its bowl game.

Here are five unis I could get fired up about on Saturday.

1. White (alt)-Black-Orange — This would be amazing. Perfectly displays all our colors — I like the black jersey more than the orange one, too. You could also flip the jersey and pants and make it like the 2011 game I’m good with that as well. 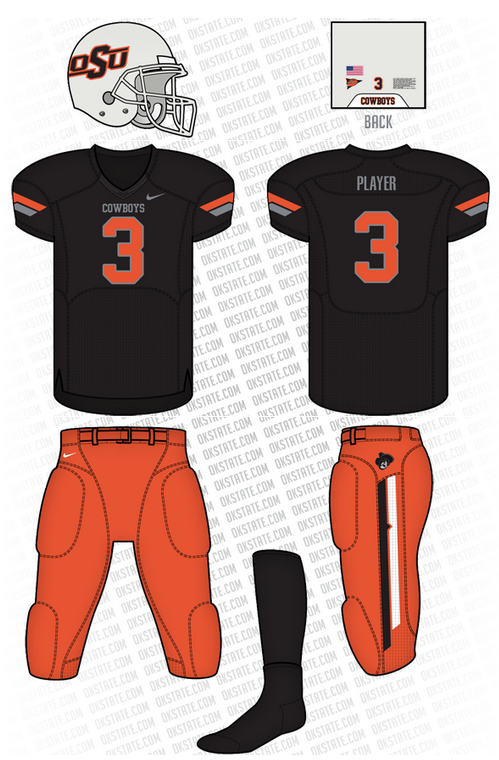 2. White (alt)-Orange-Gray — I know this isn’t a popular opinion but I love the gray pants. You could also (VERY) easily talk me into the carbon fiber helmet here with an orange top and gray bottoms. 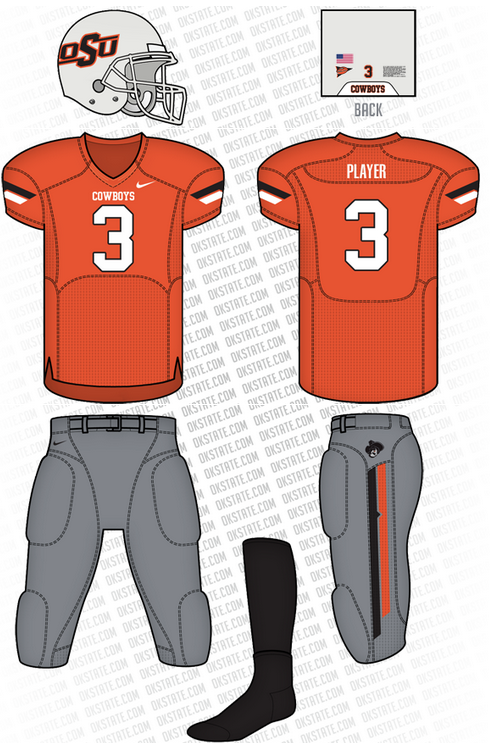 3. Orange-Black-White — I’ve been wanting to see this for a while just because I think it would stand out but not in a “we’re Oregon and we’re wearing chrome helmets” kind of way. Wouldn’t be mad at all about seeing these on Saturday. 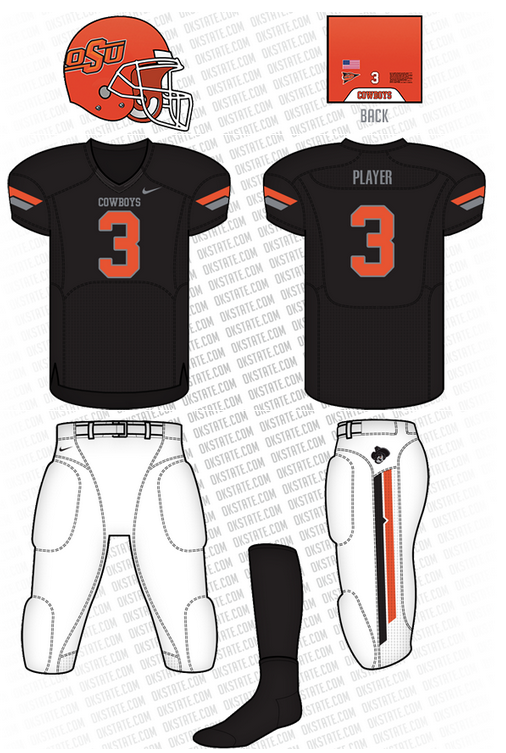 4. Orange-Orange-Black — This is a Matt Amilian suggestion. I’m a huge fan of the monochromatic helmet-jersey combo. They did this against Tech last year but with white pants and it was solid. Would be the inverse of the 2010 Kansas game. 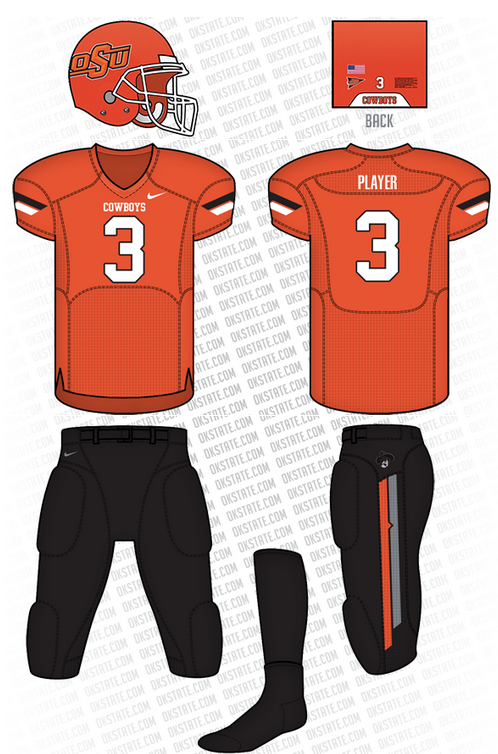 5. Carbon fiber-Black-Gray — People have been clamoring for this one from day one and I’d never been a fan because of the flat gray helmet but if you tossed the carbon fiber helmet on there I think I could be on board. Would also be good with orange pants. 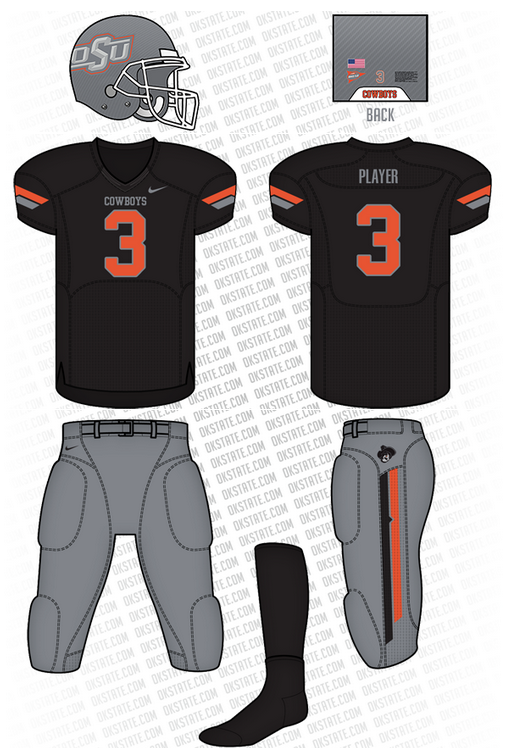 As my reader Casey pointed out, OSU is 11-0 in black jerseys since the Colorado game in 2009. That’s pretty awesome.