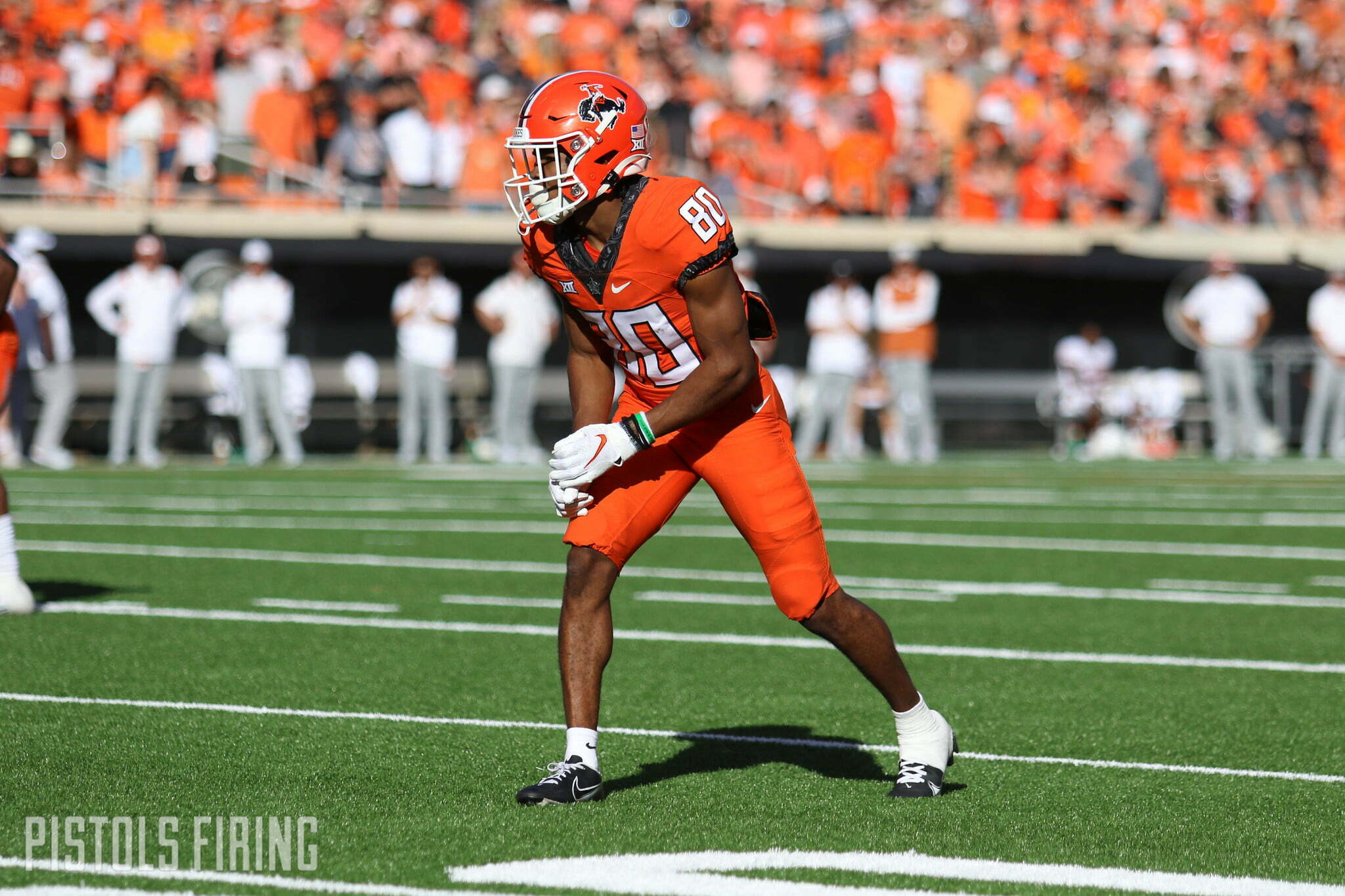 STILLWATER — The Cowboys can’t seem to get away from games with major Big 12 title implications.

Oklahoma State travels to Manhattan for a game against Kansas State at 2:30 p.m. Saturday with both teams on one conference loss. Cowboy players were made available to the media after their Tuesday practice. Here are three topics that stood out.

Two of the biggest impact players on the field Saturday are going to be two of the smallest in stature.

Oklahoma State wide receiver Brennan Presley and Kansas State running back Deuce Vaughn have had to prove plenty of doubters wrong on their way to the top of the Big 12, but the two have gotten their nonethless.

Listed at 5-foot-6, 176 pounds, Vaughn has ran for 2,790 yards and 29 touchdowns two and a half years into his college career. This season, Vaughn is second in the Big 12 in rushing (behind Texas’ Bijan Robinson).

Presley said what Vaughn has been able to do is impressive. He also applauded Vaughn for being a showing others what is possible. Braylin Presley, Brennan’s brother, was a shorter-in-stature running back at Bixby High School before transitioning to receiver at OSU. Braylin is also listed at 5-8, but he looks to be an inch or two shorter than his older brother.

“[Vaughn] helps people like my brother when people say, ‘You’re too small to do this. You’re too small to do that,'” Brennan said. “I think the last time we played them I actually talked to him, and I was like, ‘Thank you for paving the way for guys who are smaller than most,’ things like that. It’s just a really good thing to see somebody else out there do it to give examples to most people and the naysayers and doubters that people can do it too.”

Collin Clay made his first start at Oklahoma State this past Saturday, and it went as bout as good as it could have.

In the Cowboys’ 41-34 win against Texas, Clay led all OSU defensive linemen with five tackles, including a tackle for loss. His PFF grade of 66.2 was third among OSU defenders with at least 25 snaps.

From Putnam City High School, Clay transferred to Oklahoma State from Arkansas in 2020 but back-to-back ACL tears left him unable to play in 2020 and 2021. He tore the same ACL twice, the first time being a complete tear and the second a partial tear. But with Brendon Evers’ season ending last week, it opened an opportunity for Clay to get more involved in his redshirt junior season.

“Felt great — just felt great to be back out there,” Clay said. “It’s been three years since I’ve touched the field just playing, so I mean, all the encouragement and positivity I was getting, I just wanted to get out there and be as calm as I can. I just thank my coaches and everybody for doing that for me.”

Muhammad Able to Play ‘Fast and Physical’ in Move to Safety

OSU’s secondary had to do some shuffling this past Saturday with starting safety Thomas Harper missing the game with an undisclosed injury.

To cover for him, the Cowboys moved Jabbar Muhammad from corner to Harper’s spot and started Cam Smith at corner. Harper’s role involved more corner-esque coverage than the typical safety, often in the slot, but there were times where Muhammad had to get in the box and help try to slow down Texas’ run game.

Muhammad said the move didn’t happen until Wednesday last week, but he did say he had done reps at the spot before.