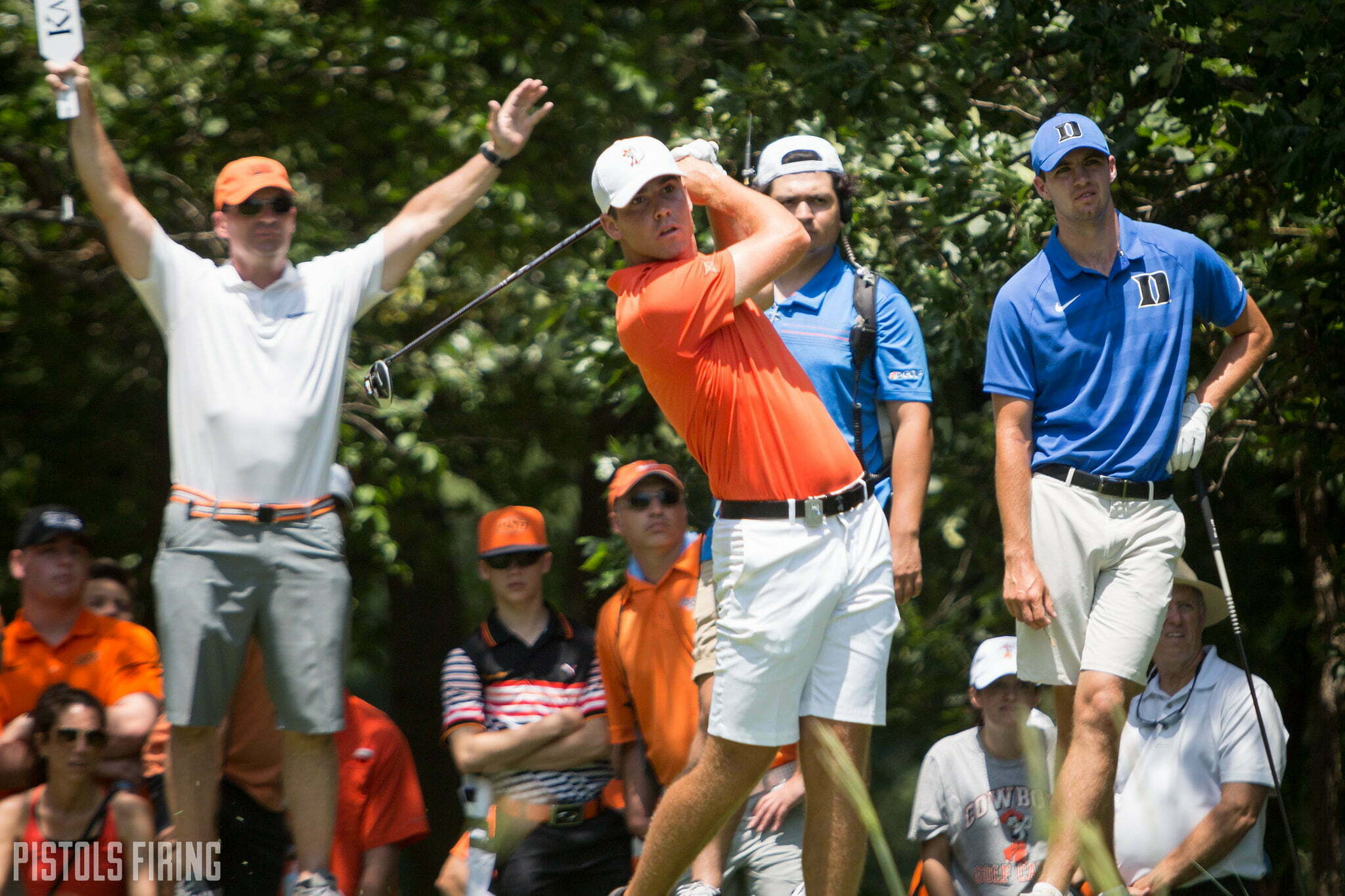 The future of golf is now, and while former Cal standout Collin Morikawa is at the forefront of that movement, a pair of former Pokes aren’t too far behind.

Former Oklahoma State golfers took home a combined $556,421 on Sunday from the 2020 PGA Championship, and that was even with Rickie Fowler missing the cut.

In his major debut, Matt Wolff finished his final round tied with the leaders before Morikawa lit Harding Park ablaze. Wolff finished the event tied for fourth at 10-under. He shot a 5-under 65 on Sunday thanks in large part his tear on holes seven through 10. On those four holes, Wolff went birdie-birdie-birdie-eagle. An ice-cold putter led him to stall out the rest of the way, or he could have legitimately contended to win the first major he’s ever played. His finish also got him into this year’s U.S. Open at Winged Foot.

Wolff’s former teammate Viktor Hovland finished T33 after a solid final round. He bogeyed just once Sunday, leading to his tournament best score of 66. This was his first PGA Championship.

Alex Noren and Taylor Gooch were late additions to the field as both started last week as alternates, but Noren took advantage and continued a hot run. After missing the cut at The Memorial and the Rocket Mortgage Classic to start July, Noren finished T3 at the 3M Open, T9 at the Barracuda Championship and now T22 at the PGA Championship.

It was a rough outing for Fowler, who almost turned things back around and made the cut after shooting 3-over Thursday. He missed the cut by one stroke, and boy is that tough to swallow after watching him basically whiff a 6-inch putt on Friday.