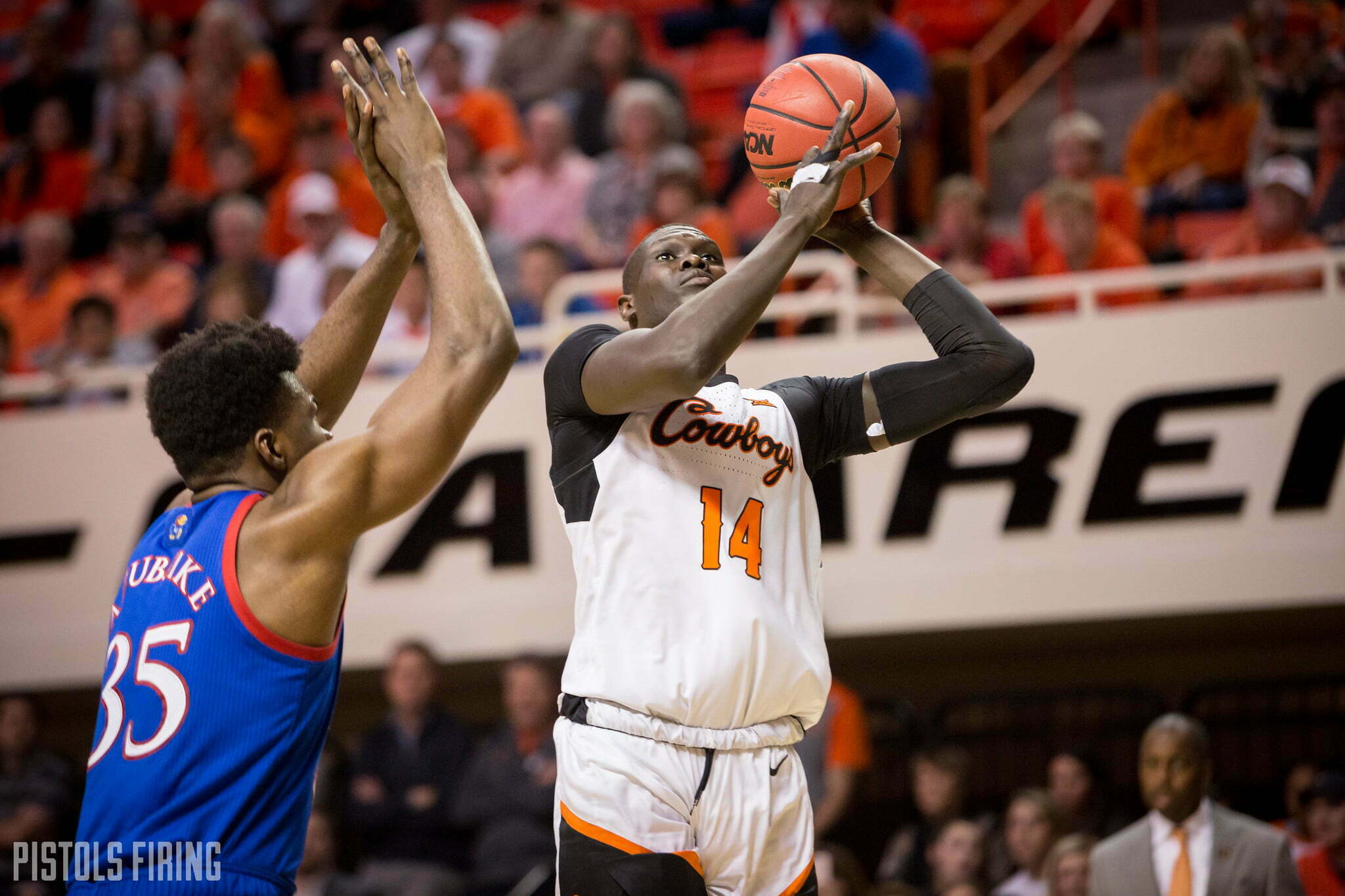 Anei, who played the past two seasons at Oklahoma State, announced Wednesday that he will transfer to SMU. Anei’s decision to transfer came after the NCAA levied sanctions against OSU on June 5.

In total, Anei was on the transfer market for about a month, as news broke of his decision to enter the portal June 16.

Anei started 55 games the past two seasons for the Cowboys. His OSU career finished with him averaging 7.9 points, 4.8 rebounds and 2.3 blocks a game. His 145 total blocks rank eighth in program history. He stuffed 85 shots in his freshman season, tied tops in a season in program history.

SMU is where Anei’s now former position coach played his college ball. Cannen Cunningham, who coaches OSU’s post players, played four seasons for the Mustangs, where he swatted 131 shots, the sixth most in SMU history at the time of his graduation.

Anei’s decision to transfer came as a surprise to many, considering he started the majority of OSU’s games since arriving on campus. However, the NCAA sanctions should allow for Anei to become immediately eligible at SMU and give him a solid route to the NCAA Tournament as a junior.

The Mustangs finished last season 19-11 and finished in the middle of the pack in the American. Anei’s addition puts SMU in a good spot heading into the upcoming season. The Mustangs return Tyson Jolly, Kendric Davis, Isiaha Mike and Feron Hunt, all of whom averaged double figures in scoring last season. SMU’s squad was missing a shot blocker, though, with Hunt leading the team with 25 stuffs. So, Anei should slot in nicely at center.