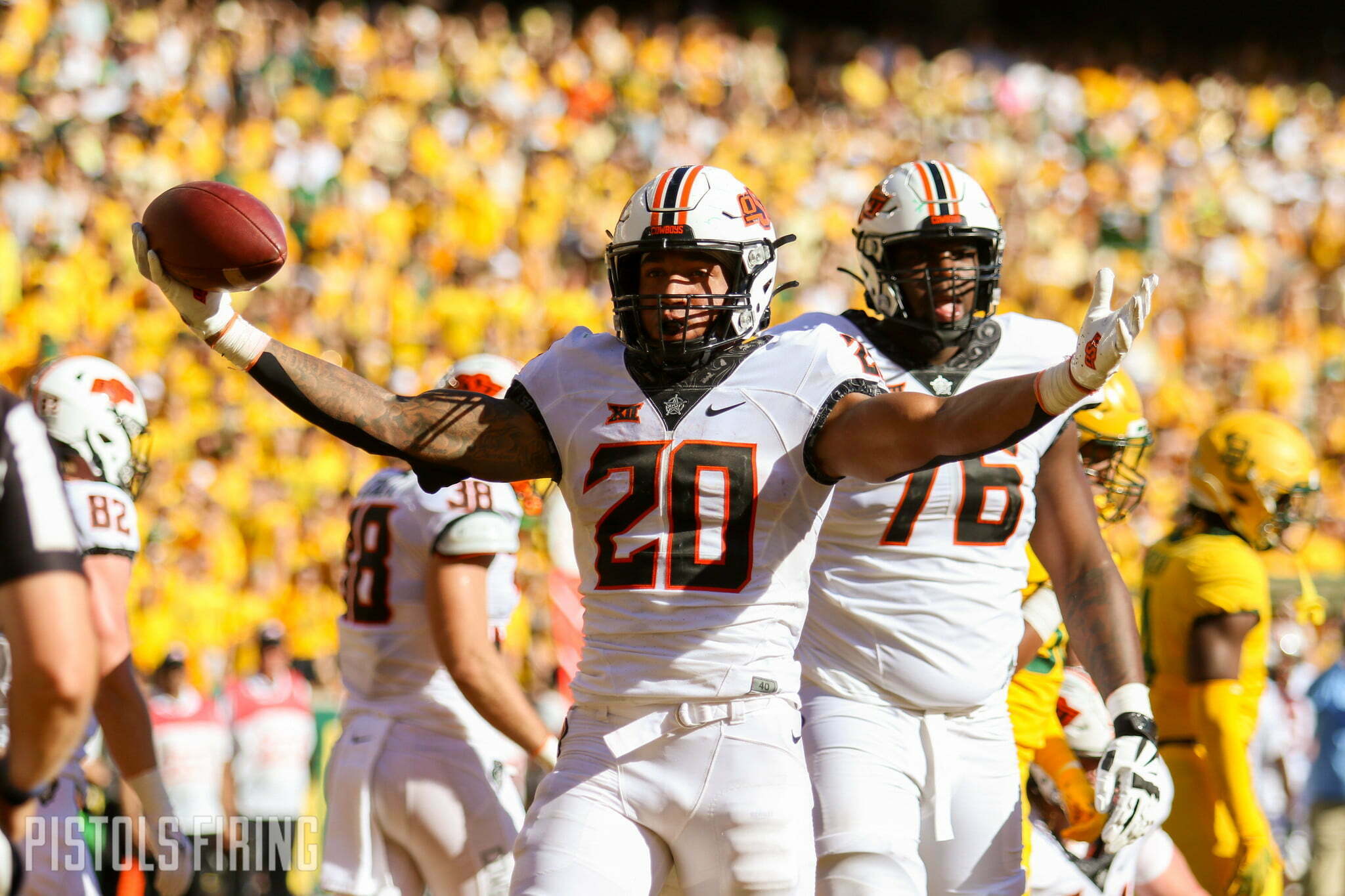 Dominic Richardson is staying in conference.

Richardson, Oklahoma State’s starting running back in 2022, announced his commitment to Baylor on Thursday after entering the transfer portal earlier this month. In three seasons with Oklahoma State, Richardson carried the ball 272 times, rushing for 1,139 yards and 15 touchdowns.

The Baylor staff will be familiar with Richardson. As a freshman in 2020, Richardson went down to Waco and ran for 169 yards and three touchdowns. In four career games against the Bears, Richardson has five rushing touchdowns.

Out of Bishop McGuinness in Oklahoma City, Richardson initially signed with TCU as part of the 2020 recruiting class before that fell through and he ended up in Stillwater. Richardson was a three-star high school prospect with offers to Arkansas, Nebraska, Texas and others.

After being used as a depth piece behind the likes of Chuba Hubbard and Jaylen Warren in 2020 and 2021, Richardson took over the reins as the Cowboys’ lead back in 2022. Hampered with nagging injuries, he rushed for more than 100 yards in a game just once this season — his 131-yard performance against Arizona State.

Richardson’s exit likely opens the door for Ollie Gordon to start Oklahoma State’s bowl game at running back, but Jaden Nixon and Deondre Jackson are also likely to see some work. Looking ahead to 2023, Gordon, Nixon and Jackson still have eligibility remaining, and the Cowboys are adding back-to-back 1,000-yard rusher Sean Tyler out of Western Michigan.