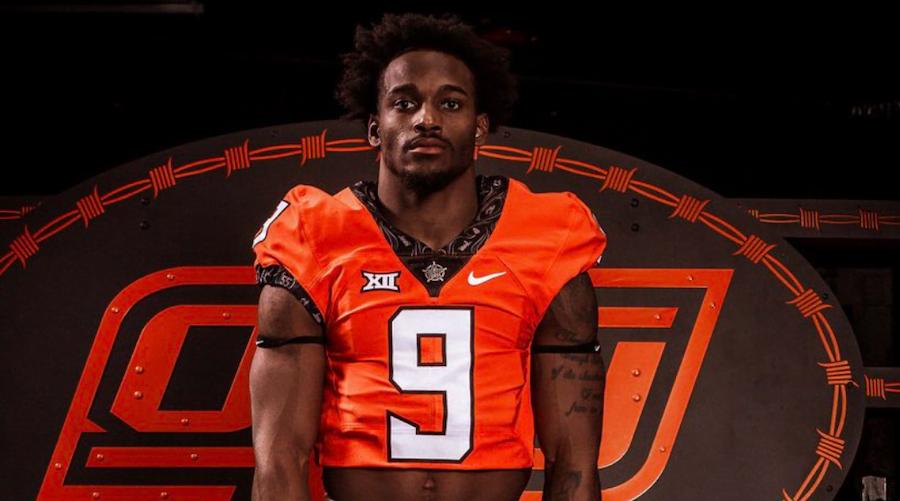 Following an official visit to Oklahoma State over the weekend, Western Michigan transfer running back Sean Tyler, who is coming off consecutive 1,000-plus yard rushing seasons, committed to the Cowboys on Monday.

Tyler announced his decision on social media with a graphic that said “committed” and a caption that said “last ride.” After four seasons at WMU he has one final year of eligibility remaining that will play out in 2023.

Tyler gives OSU a much-needed shot of depth and talent to its depleted running back room that lost leading rusher Dominic Richardson to the transfer portal and former four-star back CJ Brown, who is no longer with the team. Tyler rushed for 1,150 yards two seasons ago at Western Michigan and is coming off a senior year in which he rushed for 1,027 yards. For his career he averaged 5.7 yards per carry in four seasons.

OSU is expected to bring back former four-star and rising freshman running back Ollie Gordon to lead the running back room into 2023 and Texas A&M transfer Deondre Jackson this past week hinted on social media that he may return as well. Along with Jaden Nixon, who flashed supreme talent and speed, OSU may be set at running back with a rebuilt position group primed to help take the running game to an improved level next season.