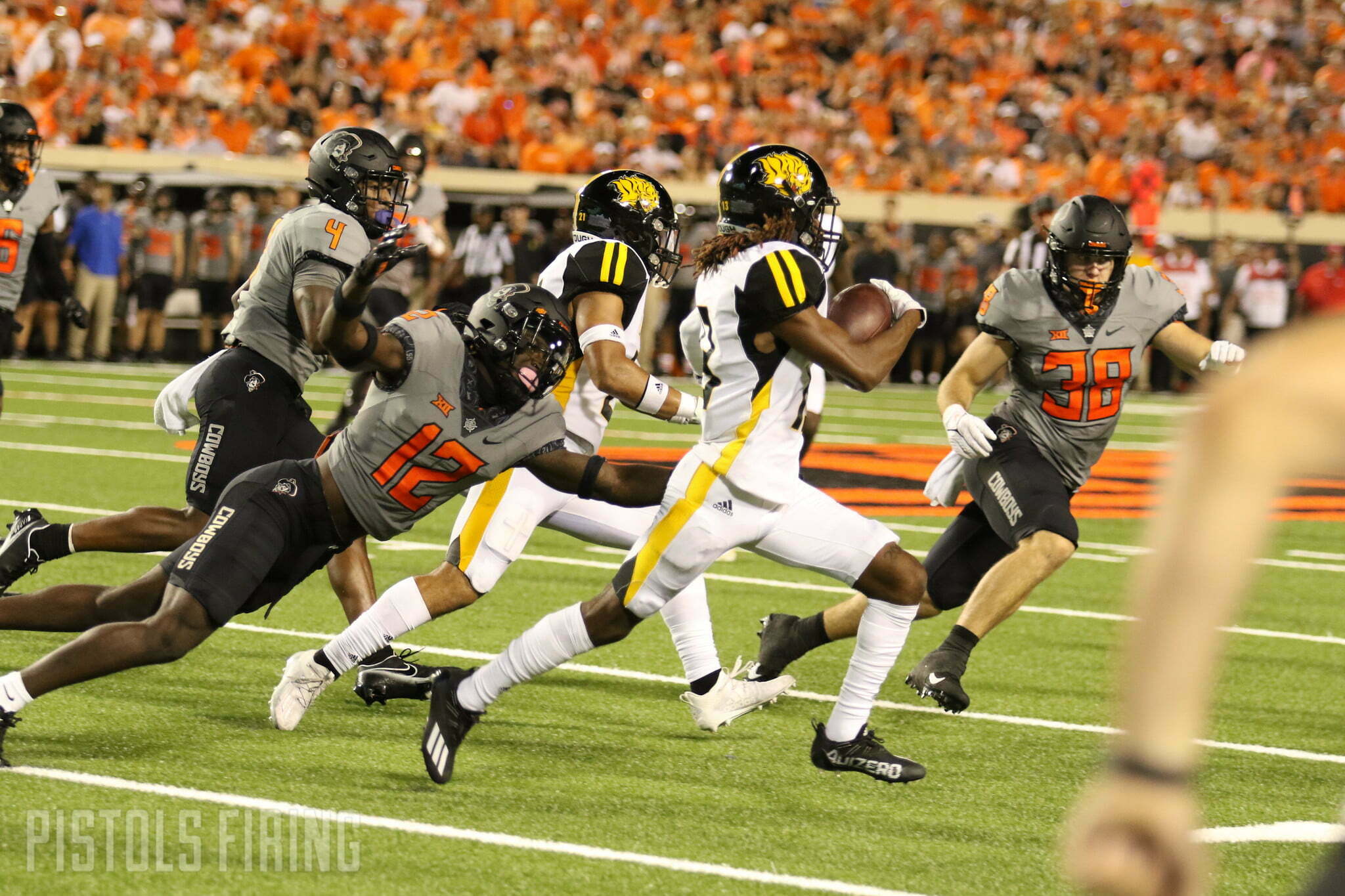 There has been quite a bit of movement on the turnpike between Stillwater and Tulsa this transfer season.

Former Oklahoma State safety Kanion Williams announced Sunday he intends to transfer to Tulsa, becoming the second former Cowboy to do so along with wide receiver Braylin Presley. But the Cowboys have also taken a few from the Golden Hurricane: linebacker Justin Wright and defensive lineman Anthony Goodlow.

In five seasons at Oklahoma State, Williams had 36 tackles while primarily playing special teams. Williams came to Oklahoma State as a three-star prospect in the 2018 class, picking the Pokes over offers from Arizona, Arizona State, Houston, Missouri and others.

Williams’ move to Tulsa makes all the more sense considering the Golden Hurricane hired former OSU defensive back Michael Hunter to the Tulsa staff. Hunter spent the past two seasons as a defensive grad assistant at OSU.

Williams becomes the eighth Cowboy transfer to announce his new home. There are eight scholarship players still in the portal from Oklahoma State.