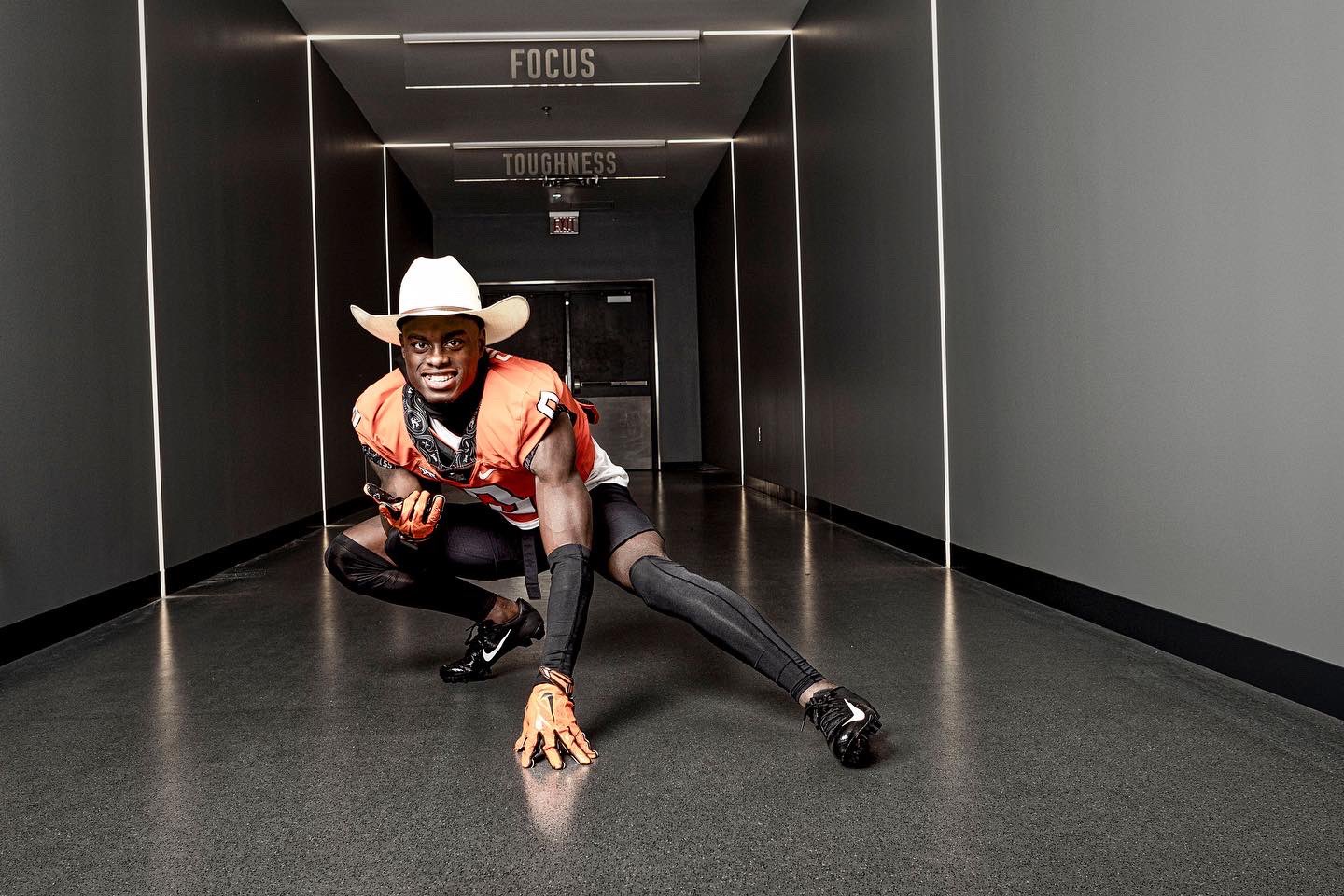 A junior college defensive back with an NFL pedigree will be a Cowboy.

Lardarius Webb Jr., out of Jones College in Mississippi, committed to Oklahoma State late Monday night. He becomes the 12th commitment in the Cowboys’ 2023 recruiting class and the first from the junior college ranks.

Webb is the son of Lardarius Webb Sr., a defensive back who had a nine-year NFL career with the Baltimore Ravens. In 127 career games, Webb Sr. had 467 total tackles and 15 interceptions.

Webb received an Oklahoma State offer Oct. 25 and took an official visit to Stillwater the weekend of the Iowa State game. He eventually cut his list down to Oklahoma State, Kansas and Mississippi State, and after visiting those three schools, Webb chose to further his college career in Stillwater.