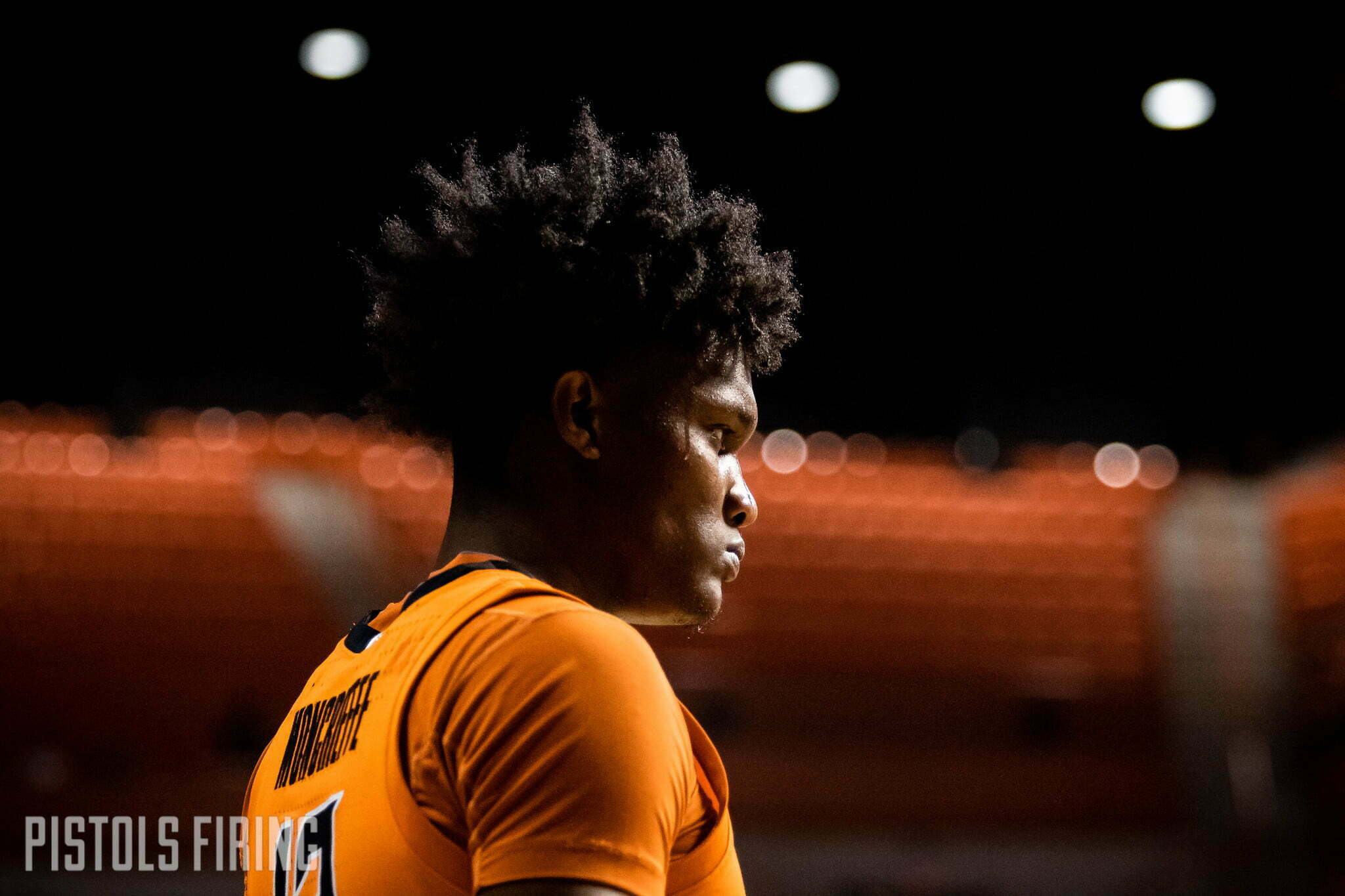 After a down year at Oklahoma State, Matthew-Alexander Moncrieffe is reuniting with an old Cowboy assistant.

Moncrieffe announced a commitment to Georgia on Monday where he will rejoin with Erik Pastrana, who coached at OSU during the 2020-21 season before moving to join Mike White’s staff at Florida and now White’s staff at Georgia. Moncrieffe played in 30 games for the Pokes last season where he averaged 4.2 points and 3.9 rebounds a contest while playing 14.8 minutes.

Last season was a step back for Moncrieffe after he averaged nine points and 5.3 rebounds a game as a true freshman alongside Cade Cunningham. The top six scoring games of Moncrieffe’s career came during his freshman season. The most points he put up as a sophomore were the 13 he scored against UT-Arlington in OSU’s season-opener. All three of his double-doubles came in that freshman season.

Originally from Canada, Moncrieffe came to OSU as a four-star prospect in the 2020 class. He initially picked the Pokes over offers from Florida, Seton Hall, Georgetown, Arizona State, Iowa State and others.

Moncrieffe is the first Cowboy transfer to announce a destination. Donovan Williams and Keylan Boone are still in the transfer portal.