According to the Tulsa World, former Cowboy wrestler, three-time All-American, and NCAA champion Fred Davis passed away on Friday at the age of 86. 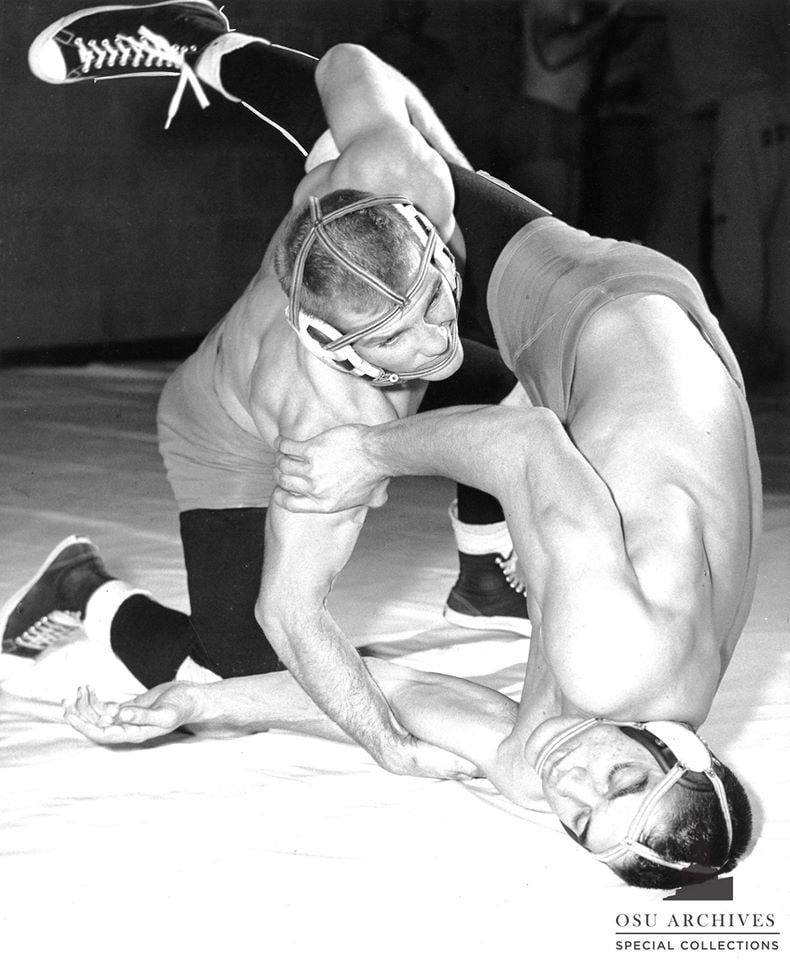 Davis, who is pictured above showing technique with former Cowboy head coach and teammate of Davis Myron Roderick, was a three-time All-American for the Cowboys from 1954-56 under Art Griffith. He won a national title in 1955 and helped lead the Cowboys to team national titles in all three of his seasons as a Cowboy.

Later in life he went on to coach at BYU. He started there in 1964 and led the wrestling program for 20 years. Davis helped crown 15 conference titles for the Cougars and for his efforts was name NCAA Coach of the Year in 1973.

In 2007 Davis was honored by Oklahoma State as the Gallagher Award winner. The award is “presented annually to an OSU wrestling alumnus who exemplifies the spirit and leadership eminent in the tradition of champions.” Davis finished out his career in Tulsa, coaching at Bishop Kelley High School. He retired in 1999.

You can watch one of his NCAA finals matches here at the 53:38 mark of this video