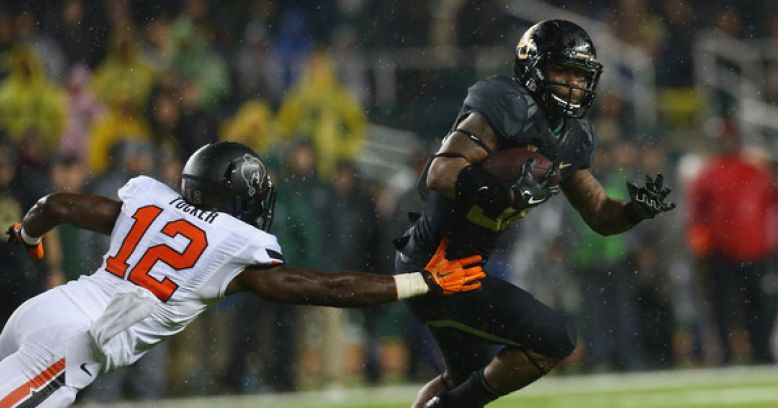 If you were able to peruse the depth chart released yesterday, you may have seen some notable omissions from the list. So let’s take a look at some of the players  that were not listed, and the chances they break into the rotation this season.

Mays suffered a minor injury in the spring, and with Childs, Carson, and Carr (the Killer C’s) all having a great fall camp, Mays is nowhere to be found on the depth chart. Mays is a versatile player who played quarterback and running back at EMCC. Even though he is not listed on the depth chart, I still think he will get a few chances to see the field early in the season if he is healthy.

We’ve talked all spring about the incredible depth at linebacker that Glenn Spencer has returning. As Kyle mentioned, his [approximately] 39 tackles in Bedlam filling in for Josh Furman was an incredible performance for a true freshman, and I projected him to break the two-deep before fall camp began. Jordan Burton and Gyasi Akem have the star position locked down though, and it’s been reported that some sophomores could be utilizing a redshirt this season due to the depth on the roster. Sophomores.

Tucker filled in at linebacker sparingly last season and also saw some time on special teams as a true freshman. Although he could potentially redshirt, I would bet that he’ll become a special teams mainstay this season.

Palelei is in his second season in Stillwater and has had injury concerns since his senior year in high school. After suffering a season ending leg injury last season, he has yet to make a crack at the rotation in the early going so far, with several reports that he suffered a set back again this year. I am a little concerned about his health, and at this point it is not a surprise to not see him, but more concerning.