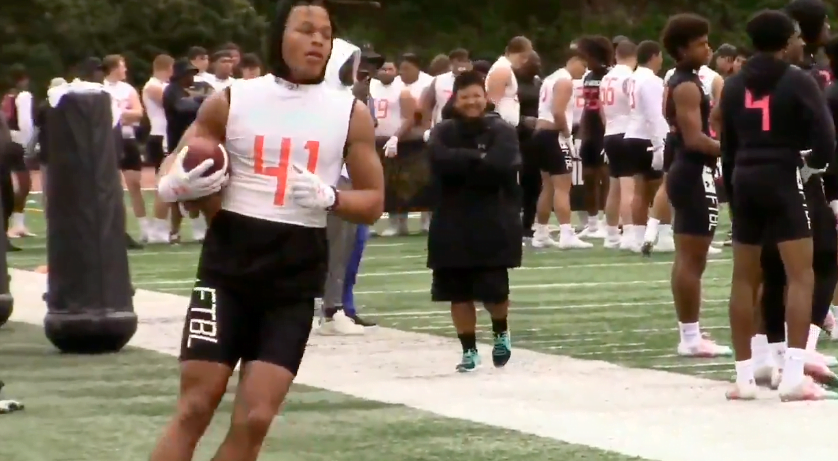 The third-ranked recruit in the state of Nevada will make his college commitment on Wednesday between USC, Oregon, Oklahoma State, Texas and UCLA.

Three-star receiver Michael Jackson announced his commitment date Tuesday ahead of his 9 a.m. P.T. decision Wednesday, teasing it with a video posted to his Twitter account. To preview the commitment, I asked four questions and provided four answers you may be asking about him and where OSU stands.

Who is Michael Jackson?

Glad you asked. He’s a 6-foot, 198-pound athlete from the Las Vegas area. Good speed, great footwork and technical skills running routes. He has more than two dozen scholarship offers from across the country, including from OSU, who offered in April.

So the pandemic .. did he even visit?

Timing isn’t great, right? Because of the pandemic, OSU offered him a scholly, but he did not get to visit Oklahoma State in-person. According to 247Sports, he visited only USC, Cal and UCLA.

What are OSU’s chances here?

Good (but maybe not great). USC is in a good spot here because of location and because they’ve been in on him from the jump. The Pokes entered the mix late and have seemingly made up a ton of ground, but there’s been speculation the last few days that Gundy’s pre-commitment celebration tweet this past week was in regards to other target(s) at the same position.

OSU landing Jackson wouldn’t totally stun me, but I feel pretty confident about USC being the pick here.