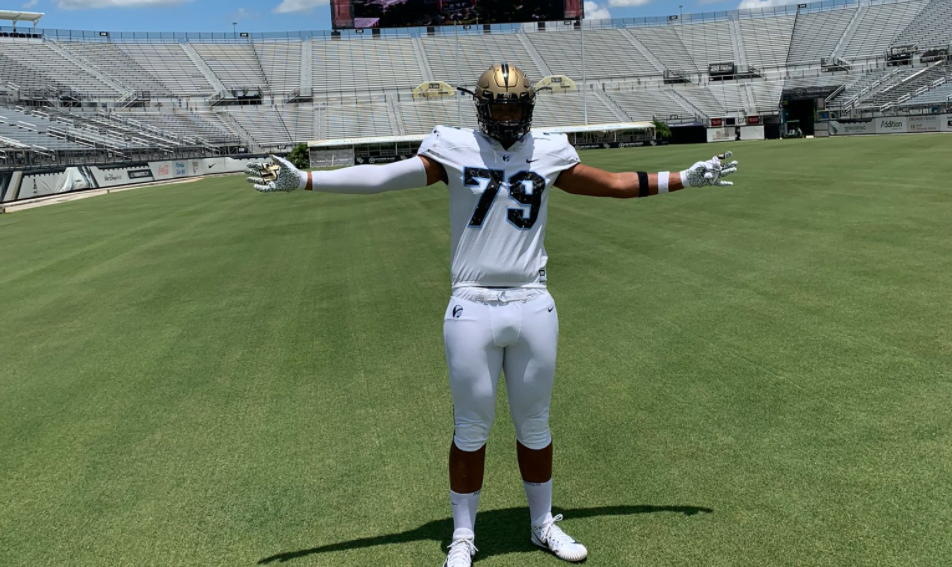 A huge weekend in Stillwater is on deck for a huge visitor as four-star offensive line recruit Lucas Simmons, a Class of 2023 tackle prospect and an Under Armour All-American, is planning an official visit to Oklahoma State.

This will be Simmons’ first official visit of the recruiting process, which comes roughly a month after he named the Cowboys among 12 schools under his consideration. Filed also under the not insignificant category: He’s making the trek all the way from Clearwater, Fla., where he attends high school.

“The reason that I’m getting out there is relationships,” he told 247Sports. “I have known Coach [Charlie] Dickey since I saw him at the Mercer camp, and that was last summer. So, I feel good about him. My dad feels good about him, my coaches at [Clearwater Academy International] and my coach, Brandon, at [PPI Recruits] does, too. Every person that has been around me and has talked to Coach Dickey feels the same way, and I think Oklahoma State doesn’t get the credit they deserve when it comes to developing players.”

Simmons is no ordinary talent. A top-200 recruit nationally, he’s listed at 6-foot-7 and 300 pounds. Nearly three dozen schools have already extended him offers, the likes of which includes USC, Florida State and others. Five-star offer list as a four-star recruit.

Simmons’ familiarity with the state of Oklahoma could also potentially play into the Pokes’ favor. His father, Able, played at OU in the 1990s — but OU has already been eliminated from his top schools.