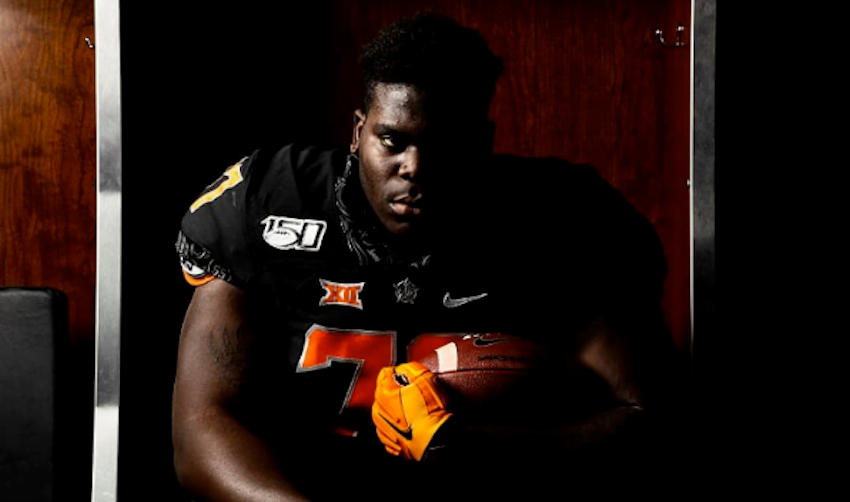 The writing was on the wall when Auburn began getting crystal ball predictions for four-star offensive line recruit Jaeden Roberts in recent days, and now it’s official.

The Houston North Shore product pledged to the Tigers on Wednesday in a commitment posted to Twitter, spurning Oklahoma State and Alabama, among others. He joins Auburn-bound teammate Dematrius Davis, a four-star prospect himself from North Shore, who committed less than two weeks ago.

Despite the miss, OSU appears to be in good position to build a monstrous class on the offensive line front. And it needs to, too. Based on the numbers I crunched last month OSU may take five or six commitments from offensive linemen in this class.

The names to monitor moving forward are Erick Cade and Reuben Fatheree among the high school ranks, and Caleb Etienne, a junior college product who was offered by OSU last week.