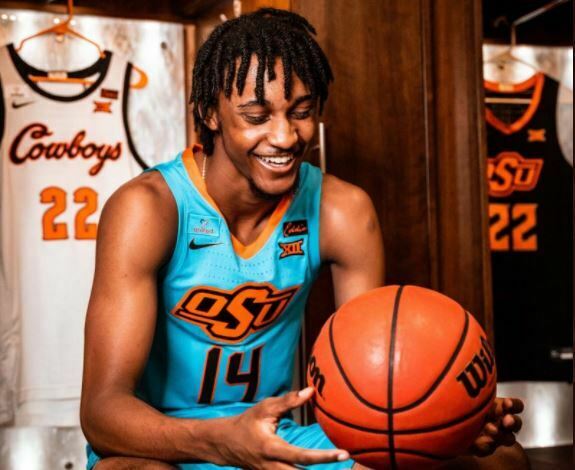 Four-star small forward Aidan Shaw will pick a program on his birthday.

The No. 53 player in the 2022 class, Shaw announced Friday he would commit to a school Sept. 17. The Cowboys were included in Shaw’s Top 6 in late July: Oklahoma State, Kansas, Iowa, Missouri, Maryland and Arkansas. He plays for Blue Valley High School in Stilwell, Kansas. At 6-foot-8, 190 pounds, Shaw is a long, two-way player.

Shaw visited Stillwater in June ahead of his visits to Kansas, Missouri, Iowa and Maryland. The Cowboys offered back in September of 2019, becoming his third offer behind Vanderbilt and USC.

“It was great,” Shaw told PFB of his OSU visit. “I got a lot of information that I feel like I needed to see and built relationships with coaches and players. It was just great.”

Quion Williams is the only commit in the Cowboys’ 2022 class as of now. Williams recently bumped up from a three-star prospect to a four-star prospect. OSU is also on myriad high-level prospects top lists as November’s the early signing period draws closer.